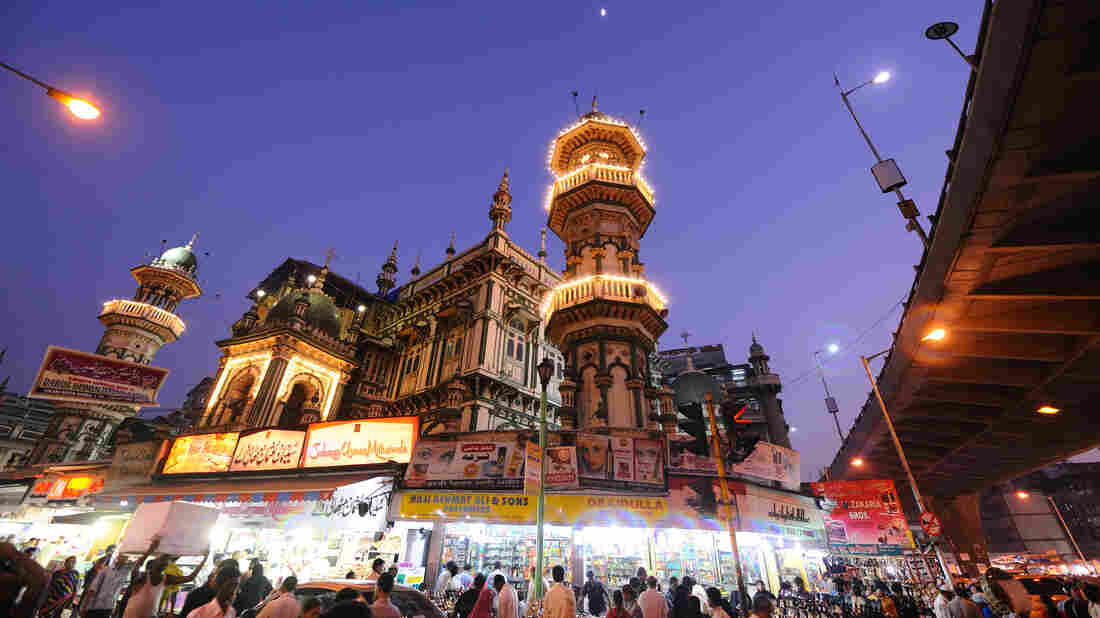 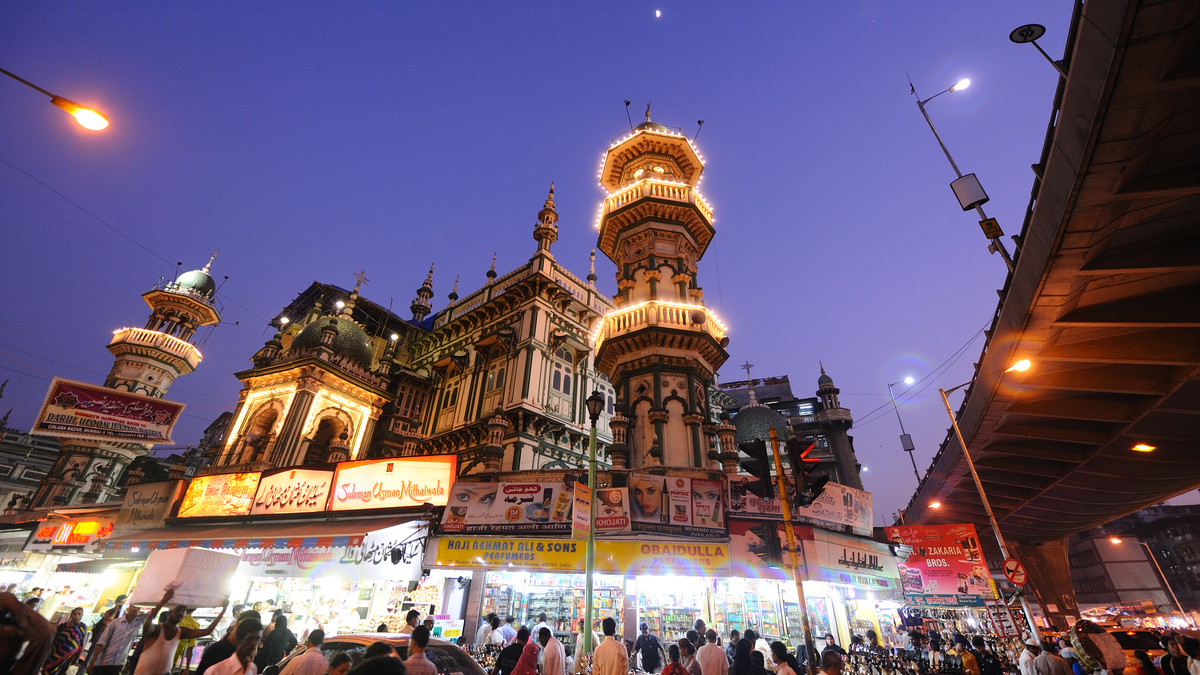 The normally bustling food stalls and shops along Mohammed Ali Road, shown here in 2010, are now shuttered because of India's coronavirus lockdown.

Rows upon rows of colorful kebabs. Vendors piping yellow batter into giant woks of boiling oil. An endless sea of people. Every year during the Muslim holy month of Ramadan, Mohammed Ali Road in Mumbai transforms into a food carnival attracting tourists and faithful alike.

But not this year.

For the first time in at least a century, Mohammed Ali Road's iconic food stalls are closed — because of India's coronavirus lockdown. Large gatherings are banned, public transport has been cut and most stores are shut. India has more than 23,000 active COVID-19 cases and over 1,000 deaths.

The nationwide lockdown ends May 3, but restrictions are expected to continue in Mumbai, a major virus hot spot. Food stalls are not likely to return to Mohammed Ali Road at all this Ramadan, which is expected to end May 23.

On social media, disappointed patrons are sharing memories of past iftars — the evening meal with which Muslims break their daily Ramadan fast.

Miss this Mohammad Ali Road
Every Ramzaan
I used to go here
Sadly not this time due to Lockdown
.......(1/2) pic.twitter.com/7Xt0a3Z3Pg

Back to 2018 Mohammad Ali road, after waiting in line for nearly an hour tasted these beauties Nalli nahari and Sanju baba. Ramzan feels♥️ pic.twitter.com/9F3zbbNWKz

"It's electrifying, it's buzzing, it's packed with people," says Mumbai-based food writer Kalyan Karmakar, who first visited Mohammed Ali Road during Ramadan 20 years ago. "There are so many lights and festoons."

The stalls specialize in Mughlai cuisine, which originated centuries ago when India was ruled by the Mughal dynasty. On offer are hundreds of meat dishes – like the lip-smacking nalli nihari, a lamb stew slow-cooked with spices and bone marrow – and dozens of varieties of desserts, like the creamy phirni, a rice pudding-like sweet topped with pistachios and served in clay pots.

What's special about Mohammed Ali Road, Karmakar says, is that it attracts people from all social classes and religions.

"It's a huge cultural unifier," he says.

Mohammed Ali Road is a one-mile stretch in the southeastern part of Mumbai, dotted with mosques — including the 19th century Minara Masjid, whose green minarets are lit up during Ramadan.

It's difficult to know exactly when Ramadan revelers first started breaking their fasts on Mohammed Ali Road. Karmakar says it could have been as long as 250 years ago.

"This is the first time I'm seeing Mohammed Ali Road come to a standstill," says Iftikhar Ahmed, 36, who owns a small eatery called Allah Wali in a bylane off Mohammed Ali Road. While the majority of outlets during Ramadan are seasonal stalls, a few, including Ahmed's, operate year-round.

Ahmed's restaurant should have been brimming with tourists. Instead, it's shuttered and he's had to borrow money to save his business because of the lockdown.

Karmakar says the lockdown is necessary. But it means that he — and scores of other Mumbaikars — will have to forgo their annual food pilgrimage. He's already looking forward to going there next Ramadan.

More than the food, one should go for the community experience, he adds.

"Around sunset when the fast breaks, restaurant owners pass glasses of Rooh Afza [a rose-flavored drink] and hand out fruits to everyone," says Karmakar. "Then the food starts coming!"