Accessibility links
A Mexican 'Lucha Libre' Wrestler Is Sewing Masks To Fight Coronavirus : Coronavirus Live Updates Hijo del Soberano was already designing lucha libre costumes on the side. Since his wrestling venue shut amid Mexico's lockdown, he's turned to making masks. "I just altered my skills a bit," he says. 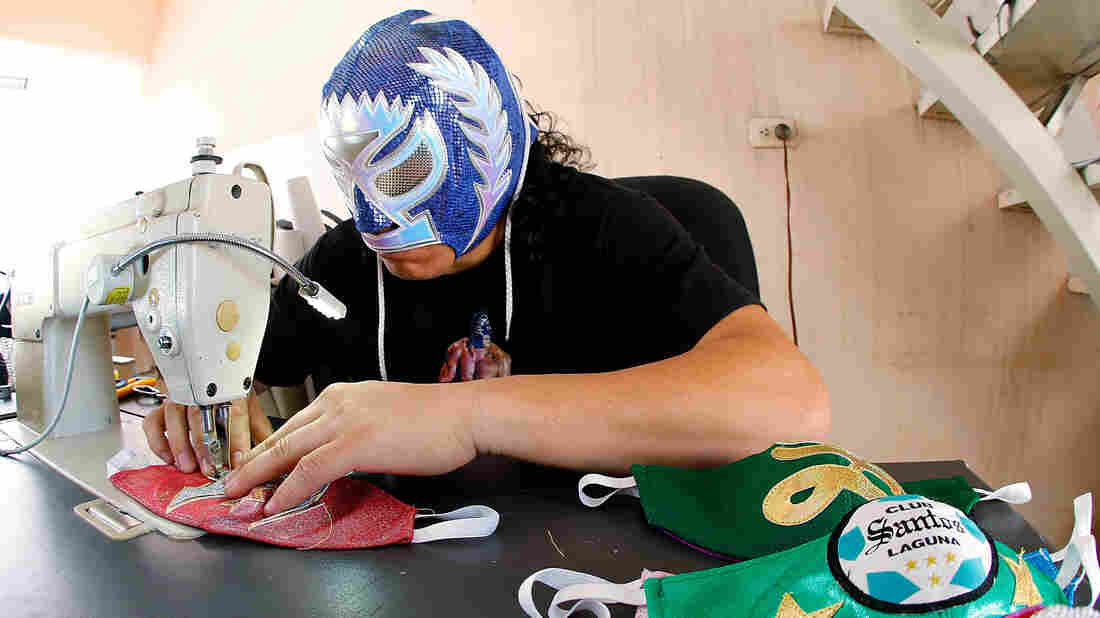 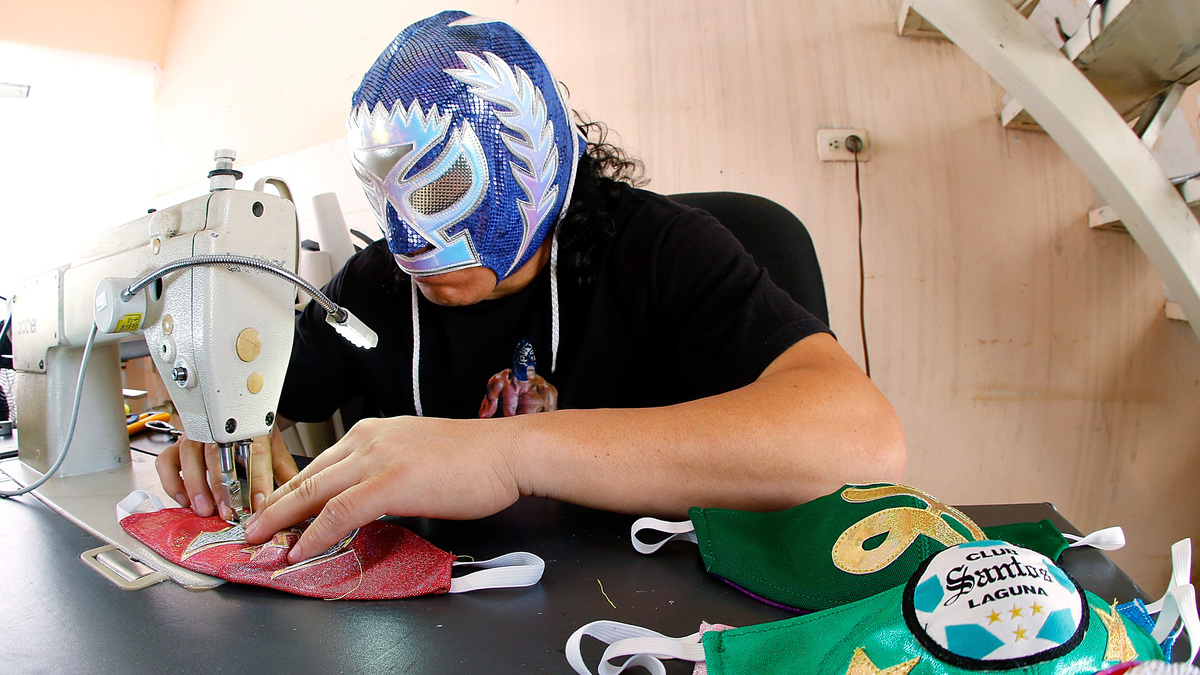 Mexican lucha libre wrestler Hijo del Soberano sews face masks since his matches have stopped due to the COVID-19 pandemic.

Until last month, Hijo del Soberano was making a good living as a wrestler on Mexico's freestyle wrestling or lucha libre circuit. He would suit up four nights a week in his green-and-gold Lycra leggings and matching character mask for bouts in front of cheering crowds in his city's lucha arena.

Then the coronavirus pandemic hit. The wrestling venue was shuttered.

Hijo del Soberano means "the sovereign's son" — he won't divulge his real name. "As a professional luchador [wrestler], we guard our identities," he tells NPR by phone from his home in the northern Mexican city of Torreón.

He not only lost wages from the canceled matches, but his side gig dried up, too. Hijo del Soberano and his wife sew costumes and the colorful, sometimes intimidating, masks the luchadores wear. Collectors around the world buy the couple's designs, paying as much as $200.

"We make everything for the lucha libre experience here at our workshop," he says.

Hijo del Soberano says about a week or two into Mexico's lockdown, which began officially March 30, he started getting desperate. They couldn't pay bills or buy food. His wife suggested they put their sewing machines to use. Why not make surgical-style masks to guard against the virus?

But with bills coming due and food running low, he relented.

"Early one morning, I heard this noise coming from the sewing room," says his wife, Marissa Espinoza Rodríguez. "By the time I got up, he had sewn several different types."

Hijo del Soberano says the switch wasn't too hard. "I just altered my skills a bit and made the mask from the nose to the chin," he says.

He kept all the details and flair of his full-face designs, and still pays homage to Mexico's most famous luchadores: There's a silver mask like El Santo's, a blue-and-white covering similar to Blue Demon's — and of course, his own green-and-gold design.

Each mask sells for 150 pesos ($6.26), and he accepts orders on his Facebook page. Sales are off the charts, Hijo del Soberano says, and he's sewing more than 200 masks a week now.