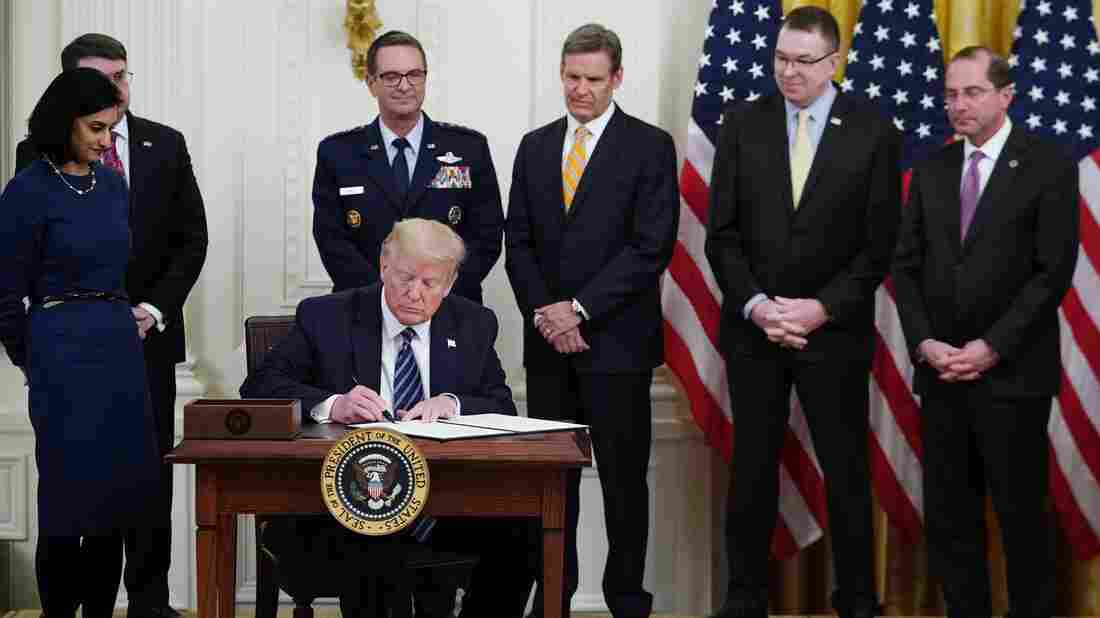 President Trump, surrounded by federal officials on Thursday, signs a proclamation for Older Americans Month during an event on protecting seniors from the coronavirus. Mandel Ngan/AFP via Getty Images hide caption 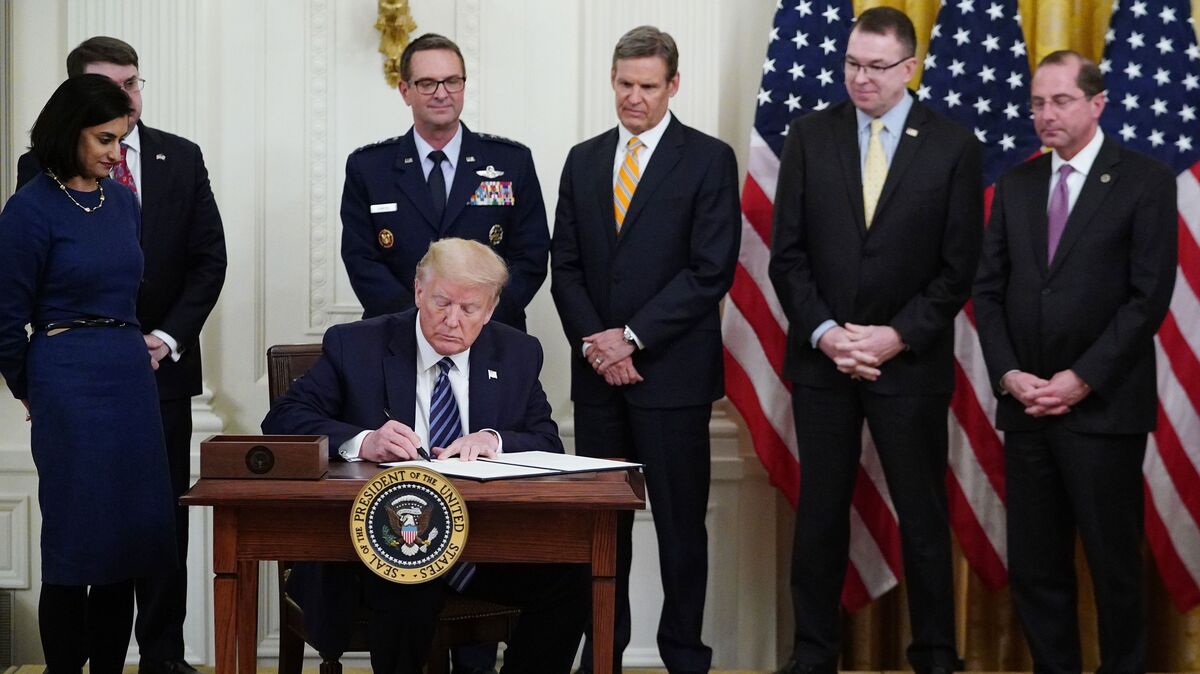 President Trump, surrounded by federal officials on Thursday, signs a proclamation for Older Americans Month during an event on protecting seniors from the coronavirus.

President Trump Thursday announced the formation of an independent commission to look at the response of nursing homes to the coronavirus. The move comes as nursing home operators clamor for more equipment and testing.

In comments at a White House event, Trump acknowledged that nursing homes were "a spot that we have to take care of. I guess you could call it a little bit of a weak spot, because things are happening at the nursing homes that we're not happy about."

The panel will be known officially as the Coronavirus Commission for Safety and Quality in Nursing Homes. It will look at how nursing homes have responded to the pandemic and recommend improvements. Members will include nursing home operators, resident advocates and public officials.

The Federal Emergency Management Agency also announced it will send two shipments of personal protective gear to every nursing home, each shipment containing a one-week supply, by July 4.

The American Health Care Association, which represents most nursing homes, applauded the announcement. In a statement, president and CEO Mark Parkinson said, "We appreciate the commission and the plan of action announced today by the Trump administration as an important step forward to ensure long term care facilities receive the vital support needed during this unprecedented public health crisis."

But the praise from the nursing home industry was not universal. LeadingAge, which represents nonprofit senior services including nursing homes, blasted the administration for leaving testing out of its plan. President and CEO Katie Smith Sloan said in a statement, "Today's announcements fell far short of what's needed to protect the most vulnerable Americans from the coronavirus."