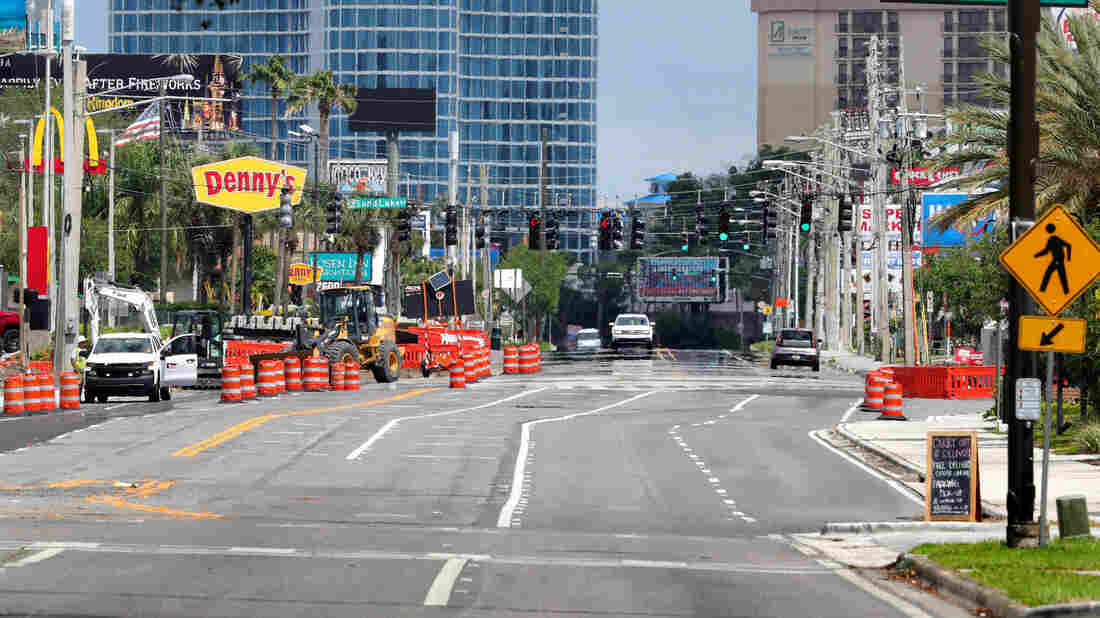 A normally busy intersection in Orlando is nearly deserted on April 6. Restaurants and retail stores in most of Florida will be allowed to open at limited capacity on Monday. Joe Burbank/Orlando Sentinel/TNS via Getty Images hide caption 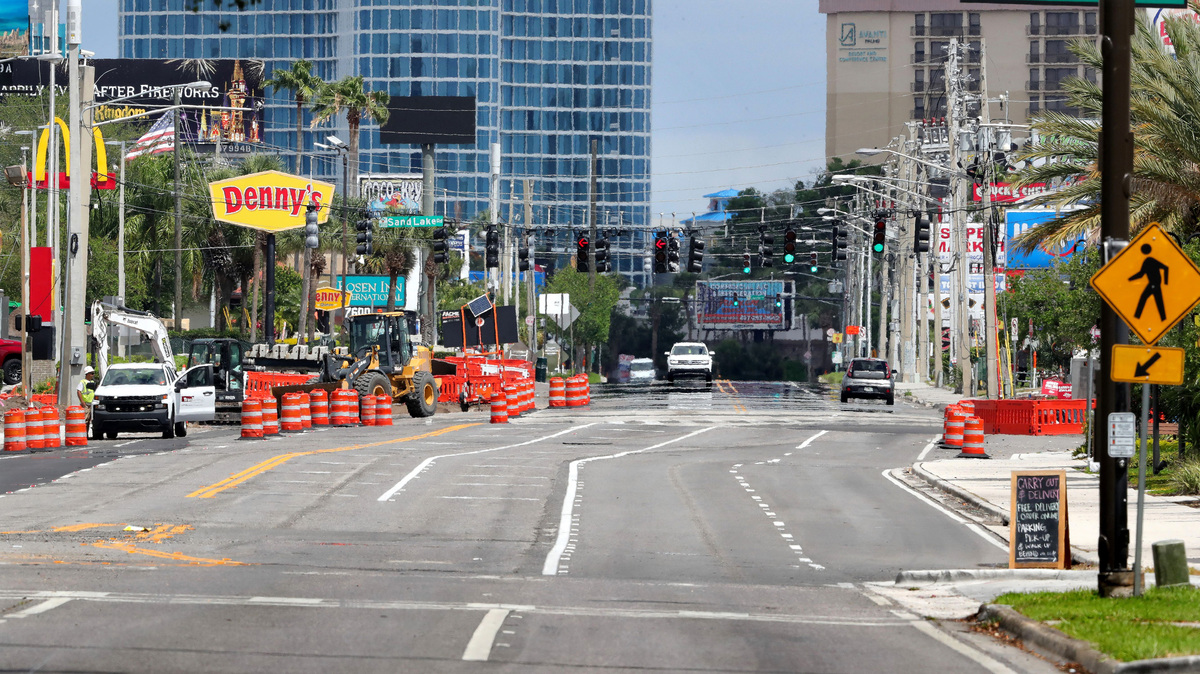 A normally busy intersection in Orlando is nearly deserted on April 6. Restaurants and retail stores in most of Florida will be allowed to open at limited capacity on Monday.

Floridians have been under orders to stay at home since early April, but Republican Gov. Ron DeSantis says now is the time to start a gradual reopening.

Retail stores and restaurants in most of the state will be allowed to open on Monday at 25% capacity and with social distancing measures. Schools, bars, gyms, movie theaters, beauty salons and barber shops will remain closed.

"I think Florida is actually going to be the global model," says Mark Wilson, the president and CEO of the Florida Chamber of Commerce, which advocates for business interests in the state.

Wilson spoke with Morning Edition's Steve Inskeep on Friday about the gradual reopening of businesses in Florida. Here are selected excerpts of that interview.

Has Florida done enough? People have followed as the beaches stayed open and then closed and then reopened, for example. And there's a technology firm, Dataminr, that analyzes coronavirus hotspots and finds a bunch of them in Florida.

... [When] you look at states like Illinois and New York and Michigan and Pennsylvania, they completely shut down their economy. They all have significantly more cases than Florida. We not only have slowed this, but some of the decisions we made 30 days ago, 45 days ago, while they might not have been popular to some, they were the right approach for Florida.

And I think now we're ready to start the slow reopening of our state, largely because of the decisions that we made that other states — like Michigan, Pennsylvania, New York, Illinois — they didn't make the decisions and I think they're paying the price.

As symbolically important as it may be to open up restaurants, are you doing this in a way that adds to people's risk without really helping business?

... Before COVID, right, if you think about competition and free enterprise, consumers chose restaurants and retail establishments and other places based on the price and the product. As we start going back to restaurants, as we start going back to retailers, now we're also going to be looking for, hey, who's got the safest place to shop? So the beauty of America right now is small businesses — especially restaurants and retailers. They have the ability to say, "Hey, I have the safest restaurant in town." And so I think safety and health is going to be a big, big part of the restart of any state's economy.