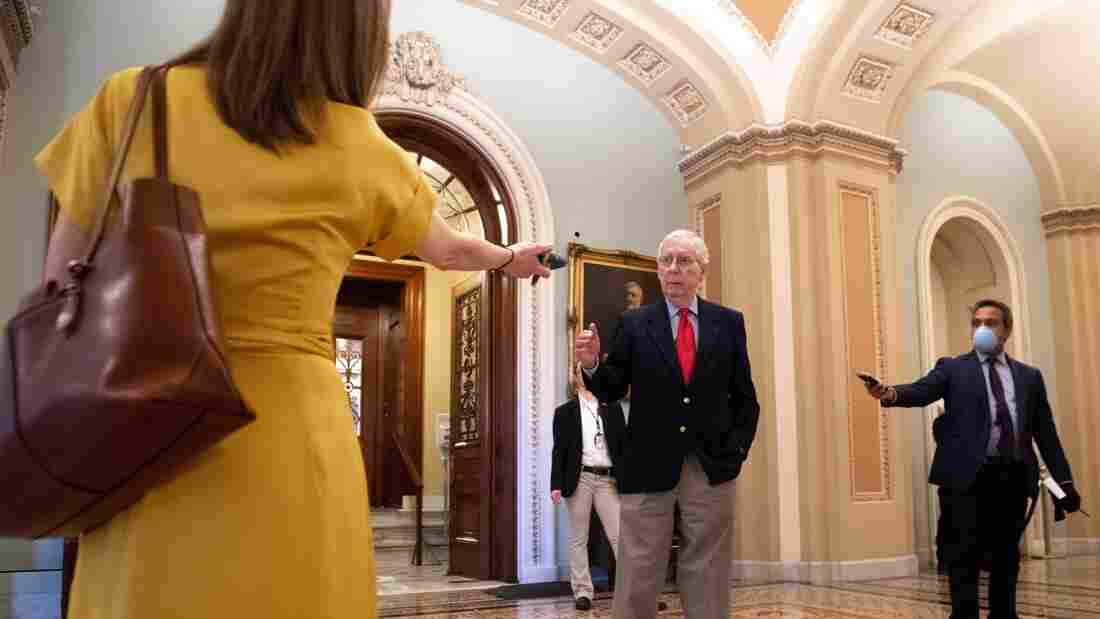 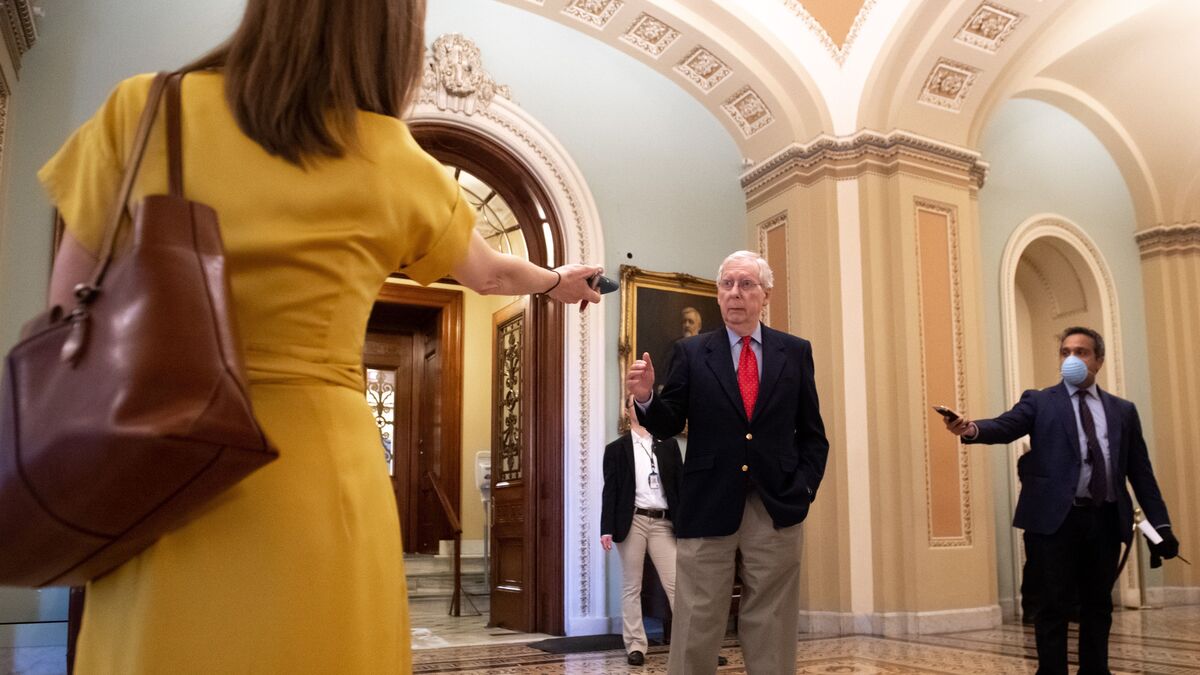 In the midst of the pandemic, the Senate will resume on Monday under a series of new social distancing measures.

Senate Majority Leader Mitch McConnell has shared guidelines from the Capitol's attending physician for members to follow when the upper chamber returns.

The 7-page letter from Dr. Brian Monahan, the attending physician to Congress, to senators suggests members and visitors alike maintain six feet of distance, limit staff and visitors in offices and encourages masks if possible.

"I strongly urge my colleagues to consult these guidelines as we carefully resume in-person work," McConnell said in a statement.

Among the guidelines, Monahan said staff and lawmakers should avoid gatherings when possible. They should stagger schedules and try to bring their meals from home to avoid crowding at dining facilities. He also suggested that office layouts could be modified to improve safety and sneeze guards could be installed where possible.

Those working in the Capitol building were also encouraged to take part in health monitoring programs. And employees should take their temperature every morning before arriving to the Capitol and inform a designated monitor.

The offices should also have regular cleaning schedules during work pauses and check if ventilation systems need improvement, Monahan said.

Also, guidelines note while visitors are allowed inside the Capitol, it's recommended they use hand sanitizer and masks. Those who don't wear masks are asked to maintain six feet of space with others.

There is no reference to testing in the guidelines. According to Politico, Monahan told Republican officials this week his office does not have the capacity to test all lawmakers but will test any senators or staffers who are ill.

The Senate is slated to pick up some of its traditional business, including confirmation of nominees and related hearings. Members had suggested the return would be time to revisit another relief package to address the pandemic, but Democrats and Republicans have yet to reach an agreement.

Still, McConnell maintains the Senate is no different than other essential workers and should return.

"All across our nation, American workers in essential sectors are following expert advice and taking new precautions while they continue reporting for duty and performing irreplaceable work their country needs," McConnell said. "Starting Monday, the Senate will do the same. There is critical business waiting for us, including continued action on COVID-19 but also urgent national-security legislation and nominations for key government positions."

The House was slated to meet on Monday as well, but on advice from Monahan, Democratic leaders reversed those plans.

Sen. Rand Paul tested positive for COVID-19 in March, leading other lawmakers to quarantine themselves.

Read the letter from Monahan here: