Accessibility links
Migrant Advocates Call For More Testing Before Deportations : Coronavirus Live Updates At least 100 Guatemalans infected with the coronavirus were deported from the U.S. from mid-March through mid-April. And advocates say Mexico has not been testing Central American deportees. 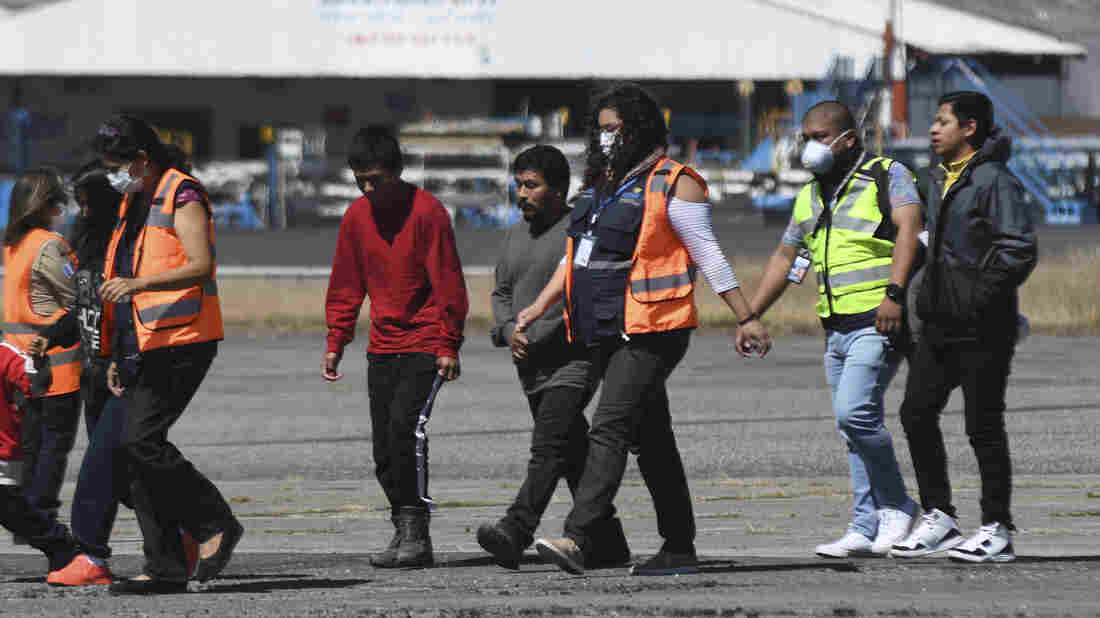 Guatemalan immigration officials use protective equipment as a preventive measure against the new coronavirus as they receive Guatemalan migrants deported from the U.S., at the Air Force base in Guatemala City on March 12. Johan Ordonez/AFP via Getty Images hide caption 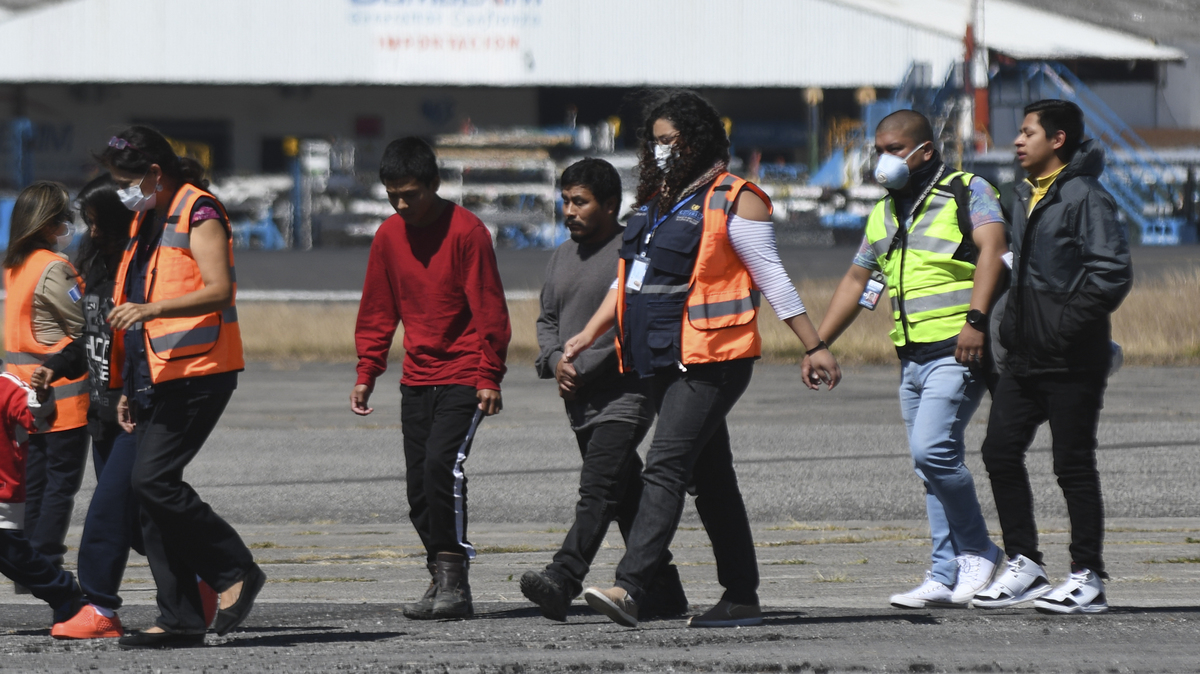 Guatemalan immigration officials use protective equipment as a preventive measure against the new coronavirus as they receive Guatemalan migrants deported from the U.S., at the Air Force base in Guatemala City on March 12.

Migrant advocates say more testing must be done in the U.S. and Mexico before deportees are sent back to their home countries.

At least 100 Guatemalans infected with the coronavirus were deported from the U.S. from mid-March through mid-April.

The U.S. suspended deportation flights to Guatemala after 44 migrants tested positive on a flight on April 13.

But this week at least one flight resumed. On Thursday the U.S. deported 89 Guatemalan migrants. All tested negative before boarding, according to Guatemalan officials.

U.S. immigration authorities had previously taken deportees' temperatures and screened for obvious symptoms but until this week had not tested deportees for the coronavirus.

In Mexico, deportations have accelerated in recent weeks. Officials with the Mexican government's National Migration Institute say they have deported more than 3,500 migrants back to Guatemala, Honduras and El Salvador from their 65 detention centers.

The move was in hopes of stopping the spread of the virus in the centers.

Mexico had been under pressure since March to empty the centers. Migrants had been complaining of overcrowding and dirty conditions for months as fears of the spread of the coronavirus grew. Border closures throughout Central America, in attempts to curb transmission of COVID-19, had complicated deportations.

Officials say there are only about 100 migrants left in the Mexican detention centers that have the capacity to house more than 8,000 people.

Advocates say it is troublesome that Mexico is not testing the migrants before sending them back to their home countries. "With the deportations, Mexico's Immigration Institute has demonstrated absolute irresponsibility, insensitivity and negligence," says Salva La Cruz of the Fray Matías de Cordova Human Rights Center in Tapachula, Chiapas, which is located just miles from the Mexico-Guatemala border.

Others are concerned that continuing deportations without proper testing will put undo strain on the already weak health systems in Central American countries. "What we're going to be doing is importing this virus in communities that simply cannot afford it once it gets there. The spread will be fast," said a U.N. official who would only speak on condition of anonymity. "You are potentially injecting COVID into a situation which will not be able to manage and will further destabilize these countries," added the U.N. official.

In a statement, Mexico's National Migration Institute says that before boarding all buses to be returned to their home countries, migrants are checked out by health professionals and their temperatures are taken. The deportees are also given masks and sanitizing gel for the trip. The statement did not mention testing for COVID-19.

The number of confirmed coronavirus cases in the northern triangle countries of Central America remain in the hundreds. Honduras is battling the biggest outbreak, with at least 899 cases and 75 deaths. El Salvador has about half that number of cases, with 446 confirmed cases and 10 deaths.

Guatemala is dealing with at least 644 cases and 16 deaths according to the Johns Hopkins COVID tracker. Nearly one fifth of the cases there have been traced to deportees from the U.S., according to Guatemalan health officials.

Some deportees are experiencing harassment upon return to their hometowns. In Guatemala, some villages are threatening deportees, fearful that they have brought back the virus, according to Reuters.