Accessibility links
'A Monumental Undertaking': NYC Subway To Disinfect Every Train Each Night : Coronavirus Live Updates In an "unprecedented step," New York Gov. Andrew Cuomo said Saturday that every car in the city's subway system will get a thorough cleaning — and urged residents to keep up their social distancing.

'A Monumental Undertaking': NYC Subway To Disinfect Every Train Each Night

'A Monumental Undertaking': NYC Subway To Disinfect Every Train Each Night 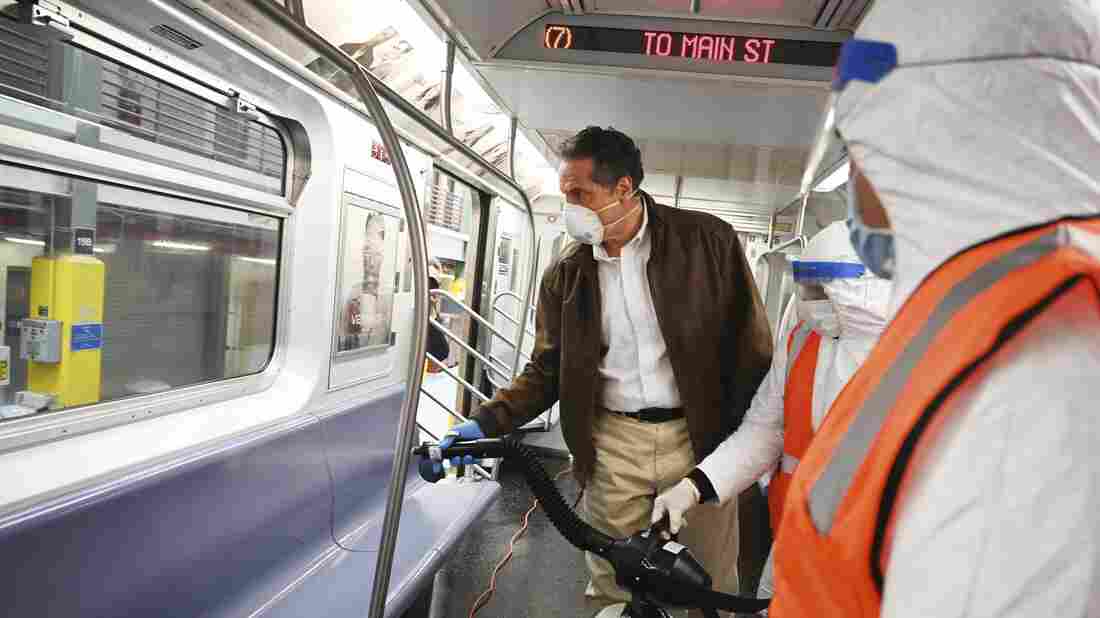 Gov. Andrew Cuomo tries out a spraying device on a New York City subway car during a visit to the Metropolitan Transportation Authority on Saturday. Kevin P. Coughlin/AP hide caption Gov. Andrew Cuomo tries out a spraying device on a New York City subway car during a visit to the Metropolitan Transportation Authority on Saturday.

At a news conference Saturday, Gov. Andrew Cuomo was not about to understate the scale of the effort to disinfect the New York City subway system.

"This is such a monumental undertaking, I can't even begin to describe it to you," Cuomo said during his briefing at a Metropolitan Transportation Authority facility in Queens. "The New York City subway system has never been closed. It operates 24 hours a day because we have a 24-hour city."

It will close nevertheless — for cleanup aimed at fighting the spread of the coronavirus, from 1 to 5 a.m. each day beginning Wednesday. Cuomo announced the "unprecedented step" on Thursday, which will also include cleanings for buses throughout the public transit system every day. And on Saturday, he made clear the project — which is closing all 472 stations throughout the system for that four-hour spell — will be comprehensive.

"The MTA is going to literally disinfect every train," he told reporters. "It's smart. It's labor-intensive. People have to wear hazmat suits. They have a number of chemicals that disinfect, but literally, you have to go through the whole train with a misting device, with a spray disinfectant literally on every surface."

New York, the epicenter of the outbreak in the United States, has lately seen glimmers of hope — with the number of new infections each day tapering and signs of progress in the number of hospitalizations statewide. The death toll remains "obnoxiously and terrifyingly high," Cuomo said, explaining that at least 299 people across the state died in the past day — a slight uptick over the death toll of 289 reported one day prior. 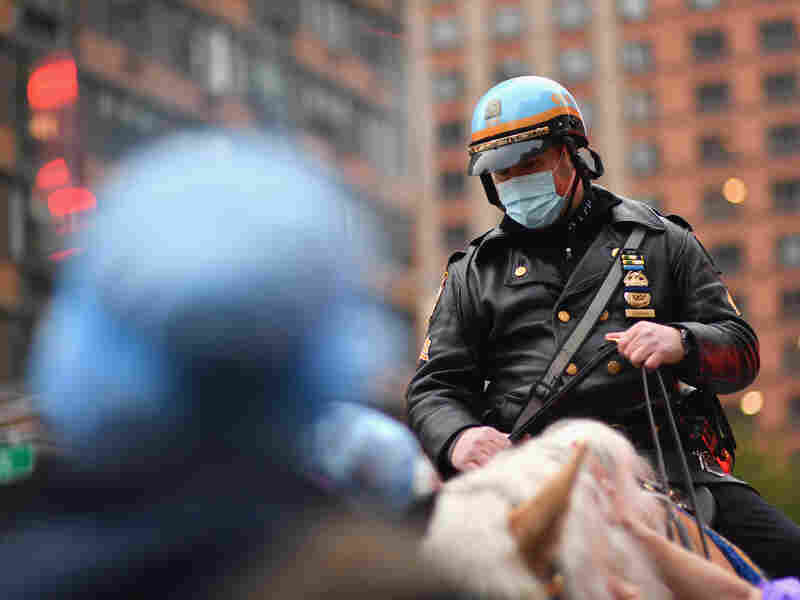 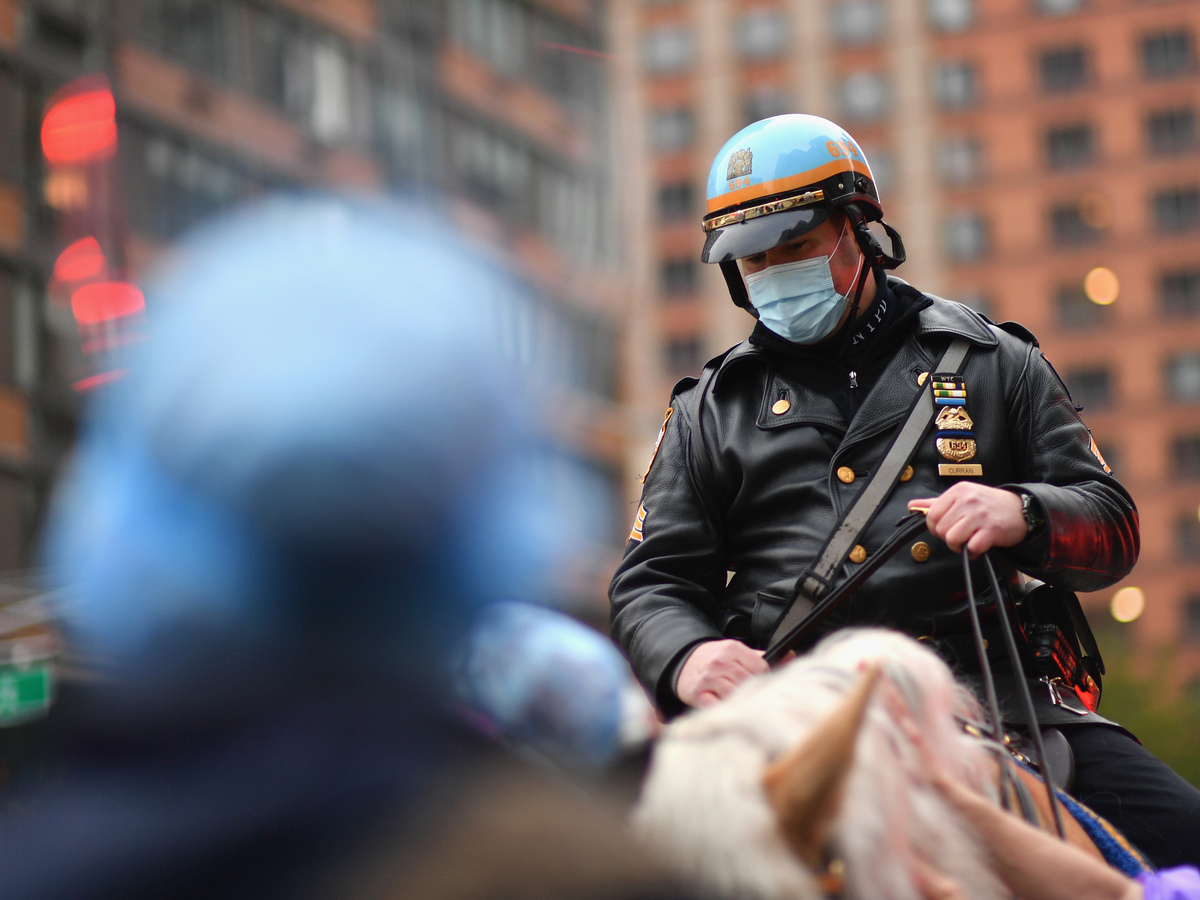 The stay-at-home order instituted by New York has helped sink subway ridership on the order of 90%. At the same time, the change has exposed the number of people experiencing homelessness who seek refuge in train cars. Passengers will be forced to leave the cars and the stations during the cleaning periods.

"Mental health services, substance abuse [therapy], job training, etc. — we should provide that," Cuomo said, casting the operation as an opportunity to connect those in need with the city's services. "The notion of, 'Well, you should let everyone sleep on the train and just stay on the train, the homeless, because that's good for them' — it's not good for them. We owe them more and we owe them better."

The governor also pushed back against critics of New York's coronavirus lockdown, some of whom have flouted the state's ban on large gatherings by organizing demonstrations to urge lifting the restrictions.

"I understand the First Amendment: You have an argument, you want to make your argument, God bless America. You want to jeopardize your health, God bless you; you have no right to jeopardize my health," he said, noting that he was encouraging law enforcement to enforce an order requiring the use of masks in public across the state.

"I believe it should be enforced because it's reckless, it's irresponsible," he added, "and it's not about your life — it's about other people's lives. And you don't have a right to do that."