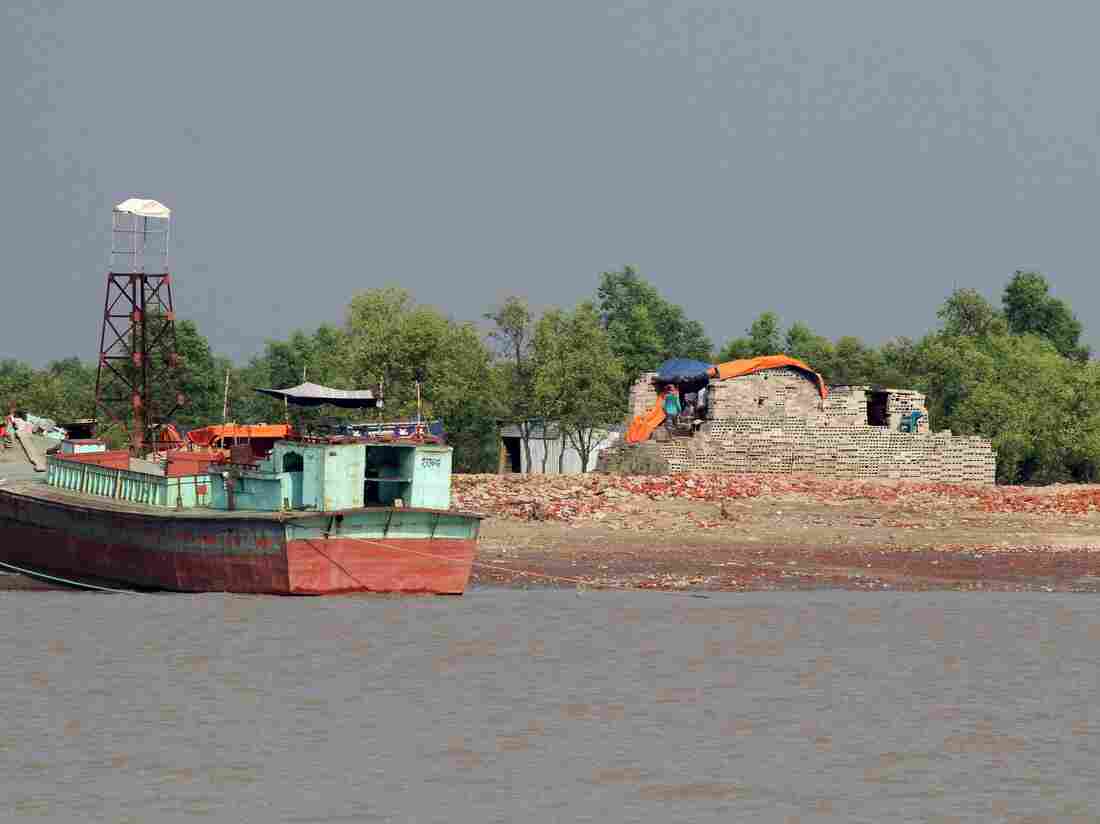 A structure is built on Bhasan Char island off the Bangladeshi coast, as it is being prepared for relocation of Rohingya refugees who fled violence in Myanmar. Dhaka has spent some $280 million transforming the cyclone-prone inlet into a camp for some of the Rohingya refugees. Polash Shikder/AFP via Getty Images hide caption 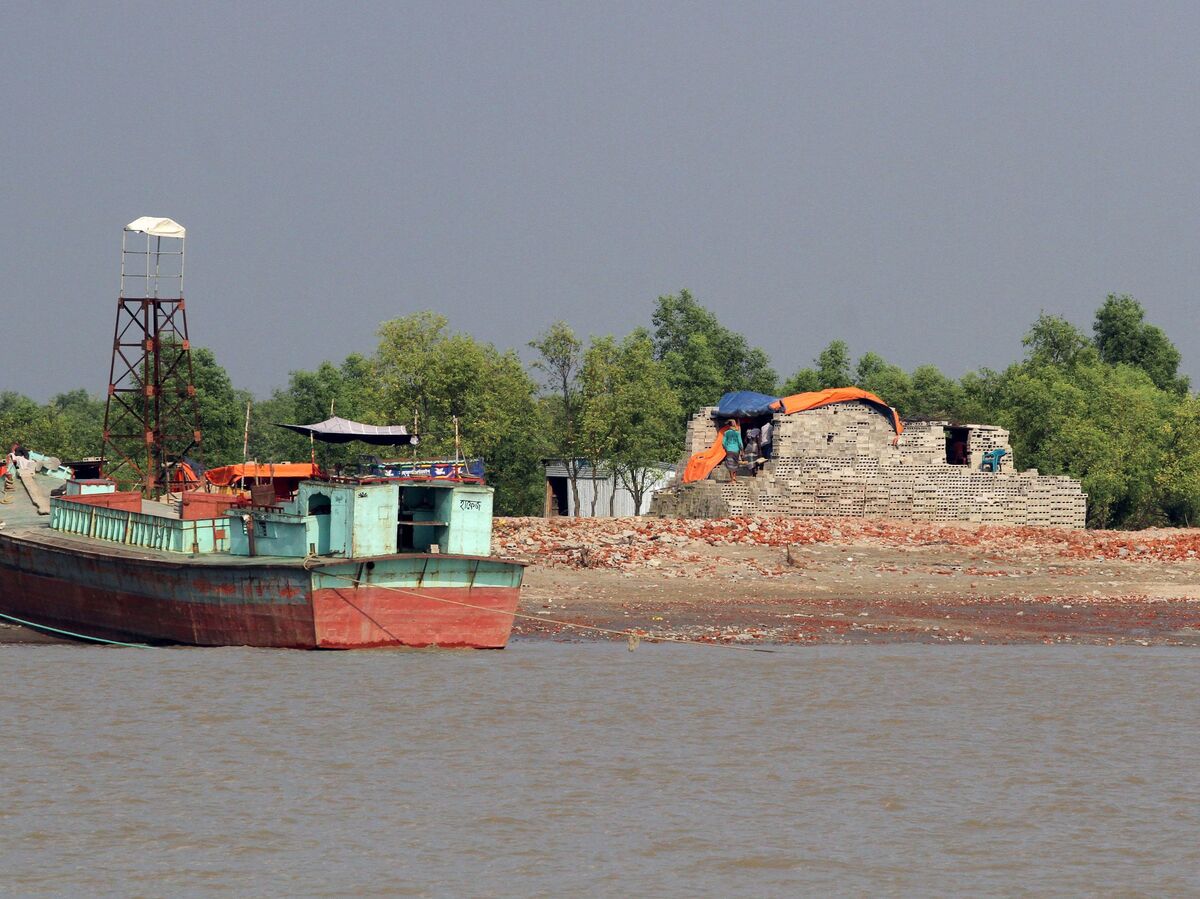 A structure is built on Bhasan Char island off the Bangladeshi coast, as it is being prepared for relocation of Rohingya refugees who fled violence in Myanmar. Dhaka has spent some $280 million transforming the cyclone-prone inlet into a camp for some of the Rohingya refugees.

The Bangladeshi government has quarantined 28 Rohingya Muslims on a cyclone- and flood-prone island in the Bay of Bengal, citing fears of exposing residents of the country's sprawling refugee camps to COVID-19.

Officials say the group — mostly women and children — had been stranded at sea for weeks, reportedly trying to get to Malaysia.

They were detained after docking Saturday in Teknaf, Bangladesh's southernmost district, and then sent to Bhasan Char island that night, reports BenarNews, an online affiliate of Radio Free Asia.

"Who knows whether they are infected with coronavirus or not?" Foreign Minister A.K. Abdul Momen told BenarNews.

To date, there are no confirmed cases of coronavirus infection in the camps, which house nearly 1 million Rohingya Muslims — many of whom fled their homes in Buddhist-majority Myanmar after a brutal crackdown by security forces in 2017. Myanmar's de facto leader Aung San Suu Kyi has denied charges of genocide against the country, but has said "disproportionate force" may have been used "in some cases."

This is the first group of Rohingya to be sent to Bhasan Char and they will be monitored by navy personnel, government administrator Tanmoy Das told AFP.

The island, which sits in the Bay of Bengal 15 or so miles off Bangladesh's coast, has long been planned by Dhaka as a site to send some of the Rohingya refugees housed in the camps in Cox's Bazar. The project has been decried by human rights activists as inhumane because the island is cyclone-prone and flooded most of the year.

"Ill-planned relocation, and relocations without the consent of the refugees concerned, have the potential to create a new crisis," Lee told the U.N. Human Rights Council. "It is incumbent on the Government of Bangladesh to ensure that this is not brought about."

Before leaving her U.N. position last week, Lee said the Myanmar military "continues to escalate its assault in Rakhine State," the home state of the Rohingya, and called for a new investigation into war crimes.

Rohingya have for years tried to flee by sea for Thailand or Malaysia. Since the COVID-19 outbreak began, news organizations and human rights groups have documented a handful of accounts of Rohingya stranded and unable to dock anywhere over fears of the virus.

Last month, Bangladesh rescued more than 390 Rohingya from the Bay of Bengal, after they had spent nearly two months at sea. According to the human rights group Fortify Rights, they were trying to reach Muslim-majority Malaysia — which has been criticized by human rights advocates for pushing back hundreds of Rohingya refugees, citing fears of COVID-19.