Accessibility links
Alabama County Health Official On Reopening: 'Don't Start Going Crazy' : Coronavirus Live Updates The health officer for Alabama's most populous county says he's pleased new state guidelines are only a "slight change" from previous ones. But he says testing in Alabama isn't where it needs to be. 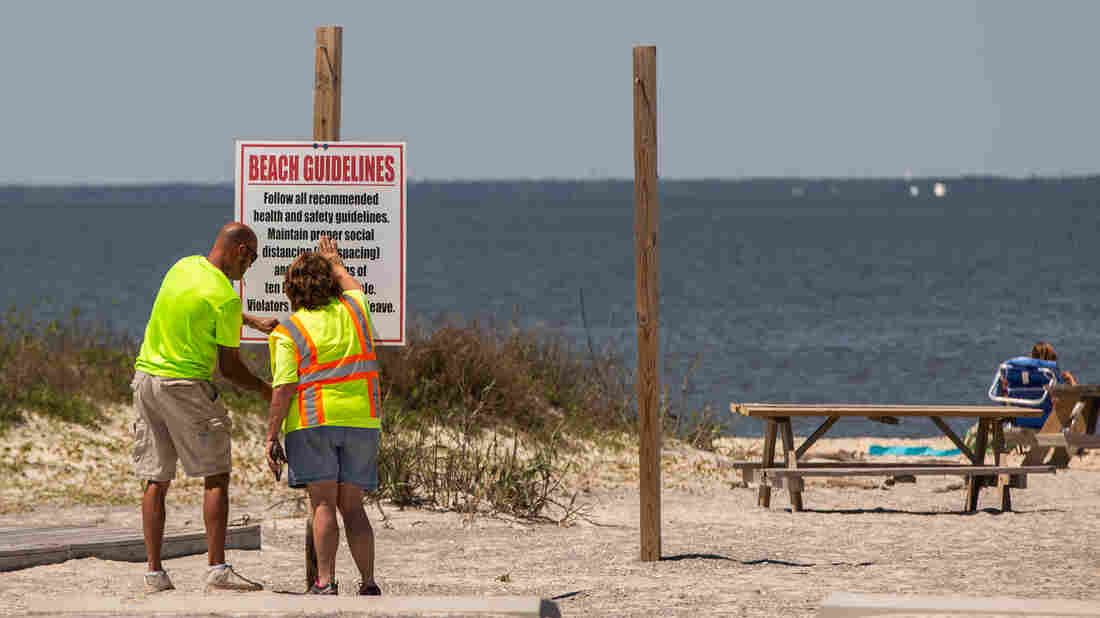 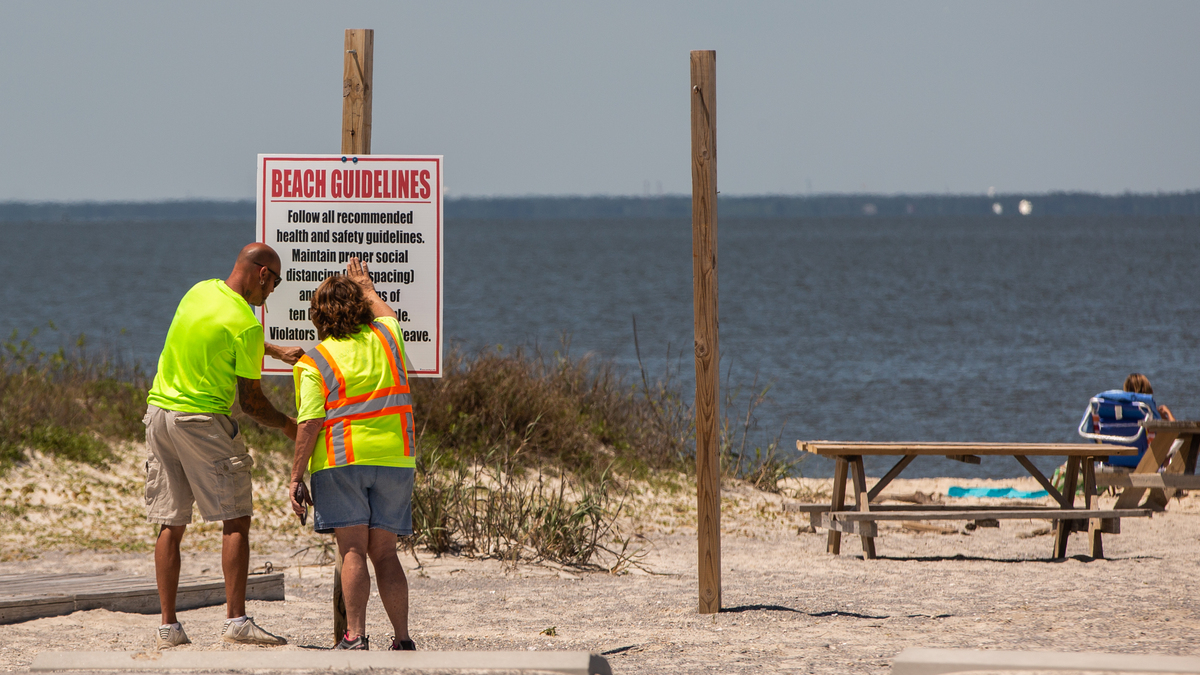 Public workers install a "Beach Guidelines" sign displaying new social distancing rules at a public beach in Dauphin Island, Ala., on Friday. Alabama has reopened some businesses, with restrictions.

Alabamians are now being encouraged — but no longer ordered — to stay at home, according to new guidelines Gov. Kay Ivey issued last week.

Ivey's new "safer at home" order opens retail stores to 50% occupancy and beaches to groups under 10 people with social distancing. Elective surgeries and dental procedures are allowed under certain conditions. But restaurants are still limited to take-out and movie theaters are still closed.

Dr. Mark Wilson, the health officer for Jefferson County, Ala., says he's "pleased with the latest order because it was only a very slight change from the previous stay-at-home order."

"But there are other ways in which Alabama's not quite ready" for reopening, he tells Morning Edition. "We don't have widespread testing. We're not meeting those White House gating criteria fully."

On Saturday, the state had 317 new confirmed coronavirus cases, the third highest since the outbreak started.

Here is an excerpt of the interview:

What is the gap between what you have and what you need?

I think across the state, certainly, that testing has not been widespread enough or readily available to everyone who needs it.

Here in Jefferson County, we're actually in relatively good shape. We have capacity. We've already ramped up our contact tracing capacity at our health department to about 30 people. We anticipate a need of 50 to 100. So we're well on the way and we're currently keeping up just fine and pretty well-resourced compared to the rest of the state.

I want to ask you about whether you think you're past the peak. ... Do you think now is the time to tell people it's OK to go shopping?

We're still really encouraging people to stay at home unless it's necessary to go out, especially those more vulnerable people. So, again, we've made some incremental changes. But we're really trying to push out the messaging very, very hard to just tell people, don't start going crazy and just go out. We're still limiting people to no more than 10 at a gathering and also that social distancing is required. We're requiring people or asking people to wear a face mask when they go out, et cetera. So it's still fairly strict here, but I am a little bit nervous about it. I'm especially nervous about running out of PPE and the supplies that we need.