Accessibility links
As COVID-19 Fears Grow, 10,000 Prisoners Are Freed From Overcrowded Philippine Jails : Coronavirus Live Updates "Even before the COVID-19 pandemic, we had already been receiving reports on the terrible conditions in the jails that made sickness a normal thing," says a leading Philippine human rights lawyer. 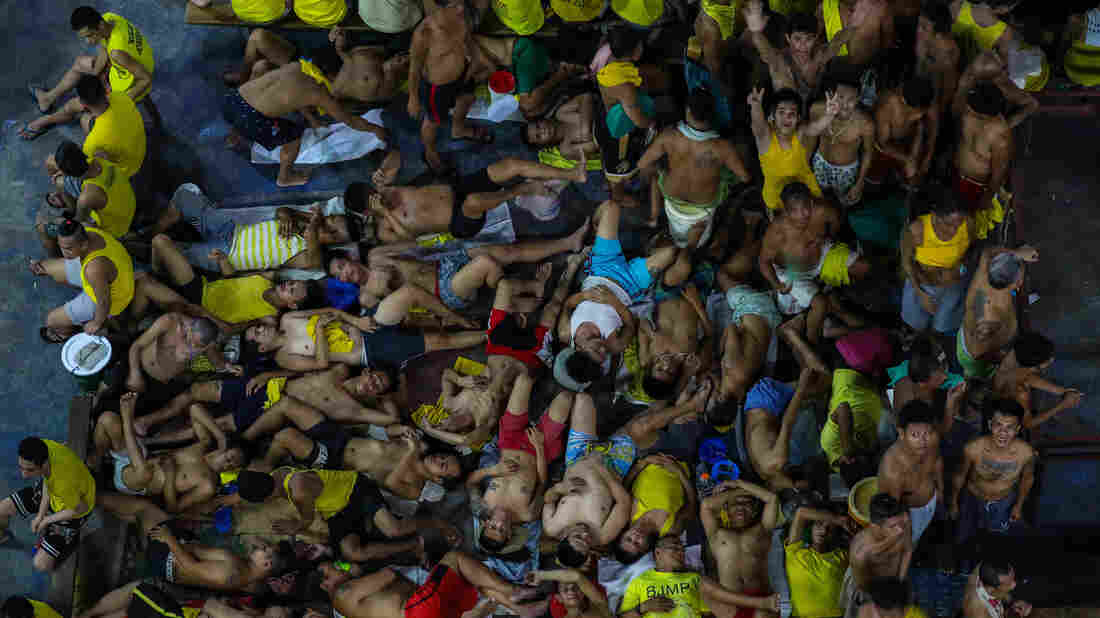 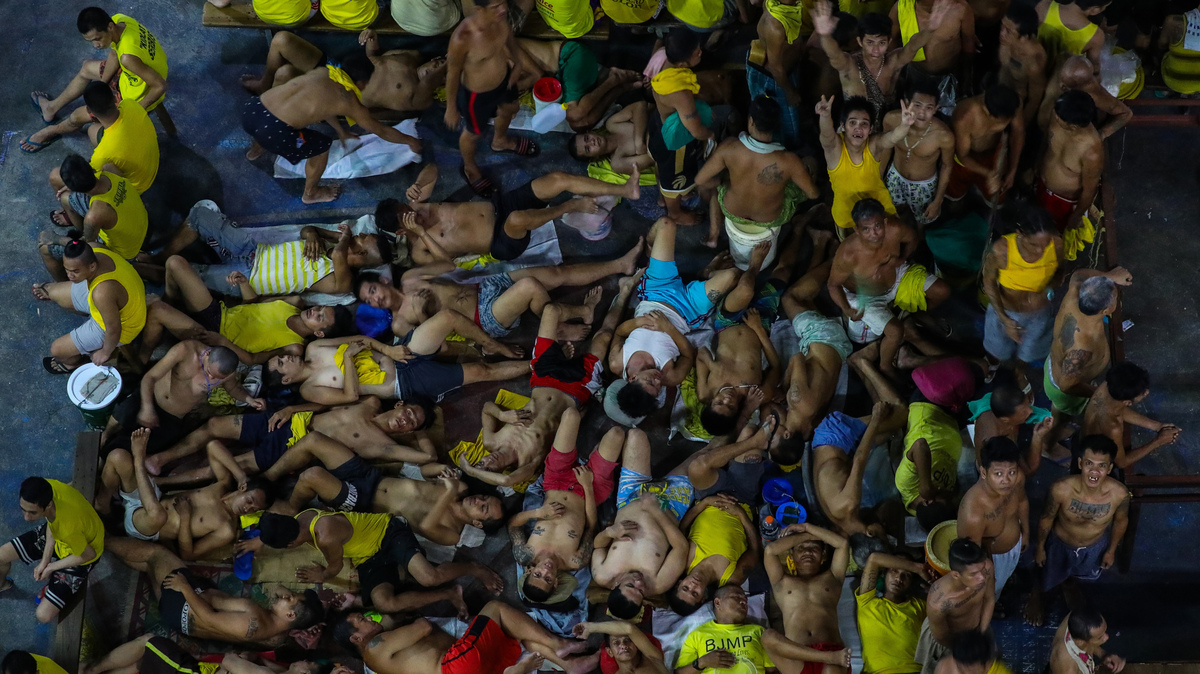 As COVID-19 sweeps through many of the world's prisons and jails, the Philippine Supreme Court has ordered the release of nearly 10,000 inmates in one of the world's most congested prison systems.

Chief Justice Diosdado M. Peralta said in the order, released over the weekend, that granting bail and releasing indigent prisoners on "recognizance" would help staunch the spread of the novel coronavirus that has infected both prisoners and staff.

Barely a month after a Philippine official publicly declared that jails were the "safest place" amid the deadly pandemic, at least 330 inmates have tested positive for COVID-19. The International Committee of the Red Cross noted that a significant proportion of the country's prison population suffers preexisting heart and respiratory diseases, which may exacerbate the severity of the coronavirus.

Social distancing is impossible in Philippine jails. There is so little space that inmates at the Quezon City Jail are said to sleep in shifts. As of November, the country's seven national prisons and 900 local jails housed more than 215,000 inmates in space intended for just 40,000.

With occupancy at more than 450% over capacity, the Philippine penal system is the second-most congested in the world, recently edged out by the Republic of Congo, according the London-based World Prison Brief.

Crowding has grown worse in recent weeks, as authorities arrested thousands for violating curfews and quarantines. The Philippines has reported more than 9,000 cases of COVID-19 and 637 deaths.

Rights groups including Amnesty International have demanded that the Philippine government address the ventilation, hygiene and sanitation conditions in prisons that contribute to the spread of deadly infectious diseases like COVID-19.

"Even before the COVID-19 pandemic, we had already been receiving reports on the terrible conditions in the jails that made sickness a normal thing," Chel Diokno, chairman of the Free Legal Assistance Group and the founding dean of Manila's De La Salle University Law School, tells NPR.

Diokno says President Rodrigo Duterte's notorious war on drugs has swollen the prison population, and some inmates can wait years before going to trial. Seventy-five percent of Filipino detainees are either awaiting trial or their next hearing, but Amnesty International says under international law, "imprisonment pending trial should be the exception, not the norm."

Human Rights Watch says the Philippine government has underreported prison deaths. Inmates told the group that since March 25, at least seven prisoners have died in the Quezon City Jail alone. HRW could not confirm whether the deaths were related to COVID-19, citing the "absence of testing in the facilities and the government's failure to report them."

U.N. High Commissioner for Human Rights Michelle Bachelet has called on governments not to forsake "extremely vulnerable populations" behind bars.