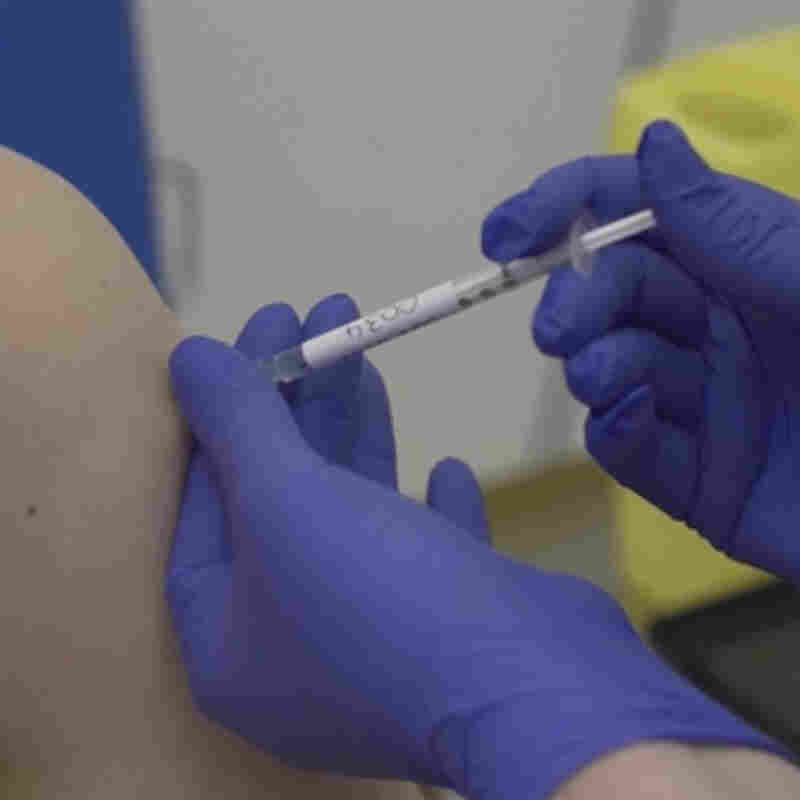 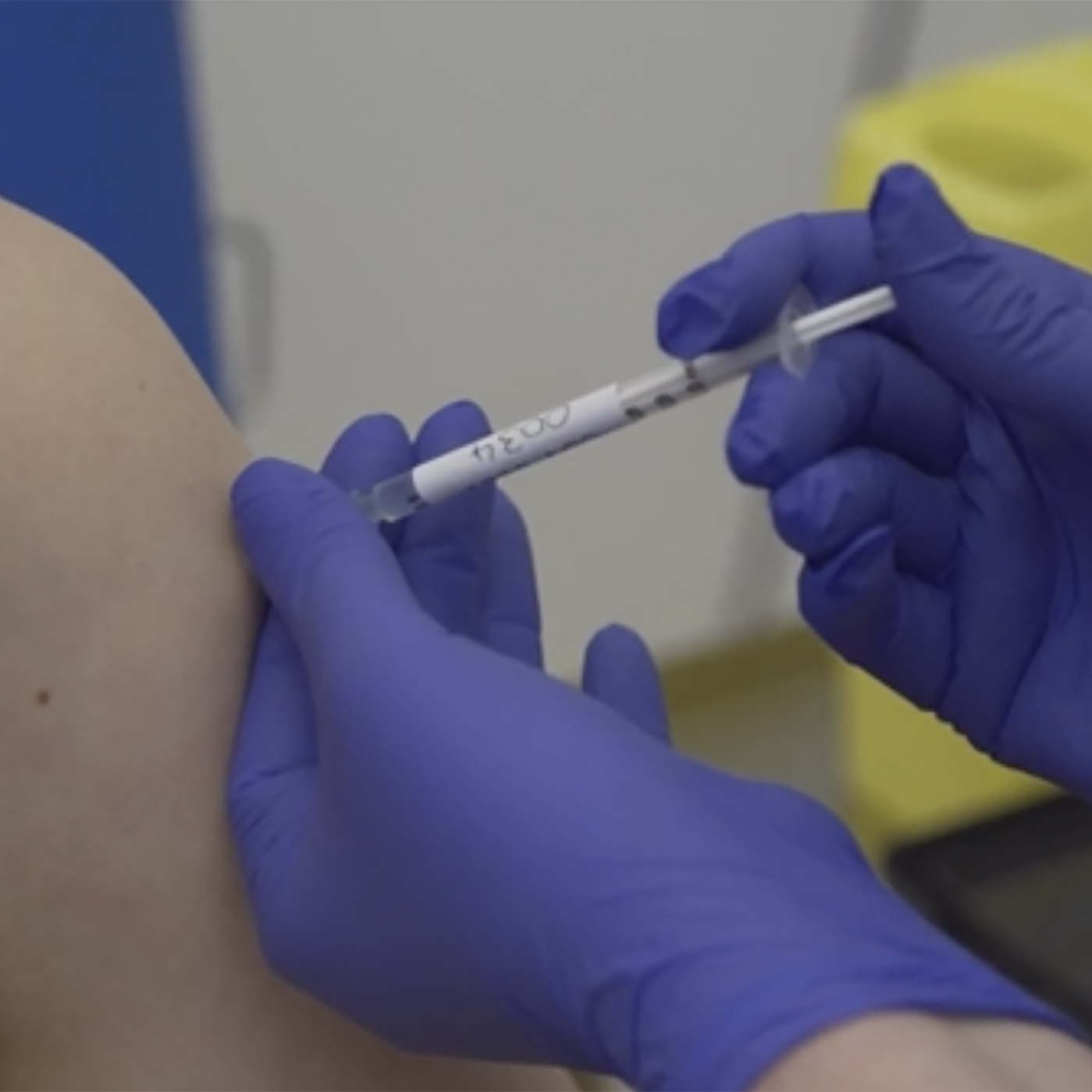 Footage issued by Britain's Oxford University shows a person injected as part of human trials in the U.K. to test a potential coronavirus vaccine last month. Pfizer on Monday began U.S. trials of another vaccine candidate.

The pharmaceutical giant Pfizer has begun testing a new coronavirus vaccine in the United States. The initial trial will involve 360 volunteers, and the first subjects have already received injections.

The vaccine was developed in a partnership between Pfizer and the German biotech company BioNTech. In addition to the U.S. trials, there will be some 200 patients enrolled in trials in Germany.

The candidate is known as an mRNA vaccine, and it is meant to contain the instructions for making viral proteins that can trigger an immune response in patients infected with the virus.

Previously, BioNTech has been developing mRNA-based treatments for cancer.

"Pfizer brings in expertise in infectious disease and vaccine development in vaccine manufacturing," says Philip Dormitzer, vice president and chief scientific officer for viral vaccines at Pfizer. "So it's a real partnership. ... Pfizer has the broad set of capabilities of major vaccine companies, a major pharmaceutical company, and BioNTech brings in real expertise in these RNA platforms."

There are multiple versions of the vaccine in the initial trials that began on Monday. The companies will advance the versions that appear safest and also produce the best immune response.

Even as they begin trials in humans, Pfizer is preparing to scale up its manufacturing capacity. The company says that is the only way it can be sure to have a product ready as soon as possible to confront the ongoing pandemic.

"If you wait until you know how the vaccine works to start that, you're too late," Dormitzer says.

A vaccine developed by the biotech company Moderna and the National Institute of Allergy and Infectious Diseases is also based on mRNA technology. It began trials in humans last month.