Accessibility links
U.S. Chamber Of Commerce: Businesses Are Worried About Getting Sued As They Reopen : Coronavirus Live Updates The Chamber of Commerce, which advocates for business interests, says employers need temporary protections from lawsuits as they deal with reopening during the pandemic. 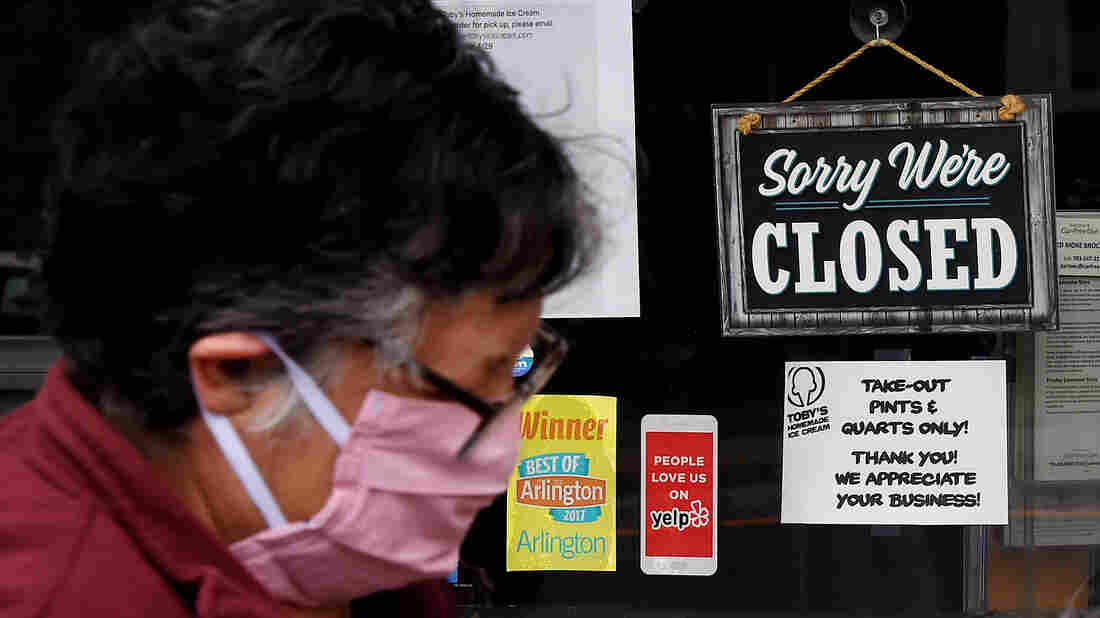 A woman wearing a face mask walks past a sign in the window of a food store in Arlington, Va., Tuesday. Business groups say members are worried about liability issues as they reopen. Olivier Douliery/AFP via Getty Images hide caption 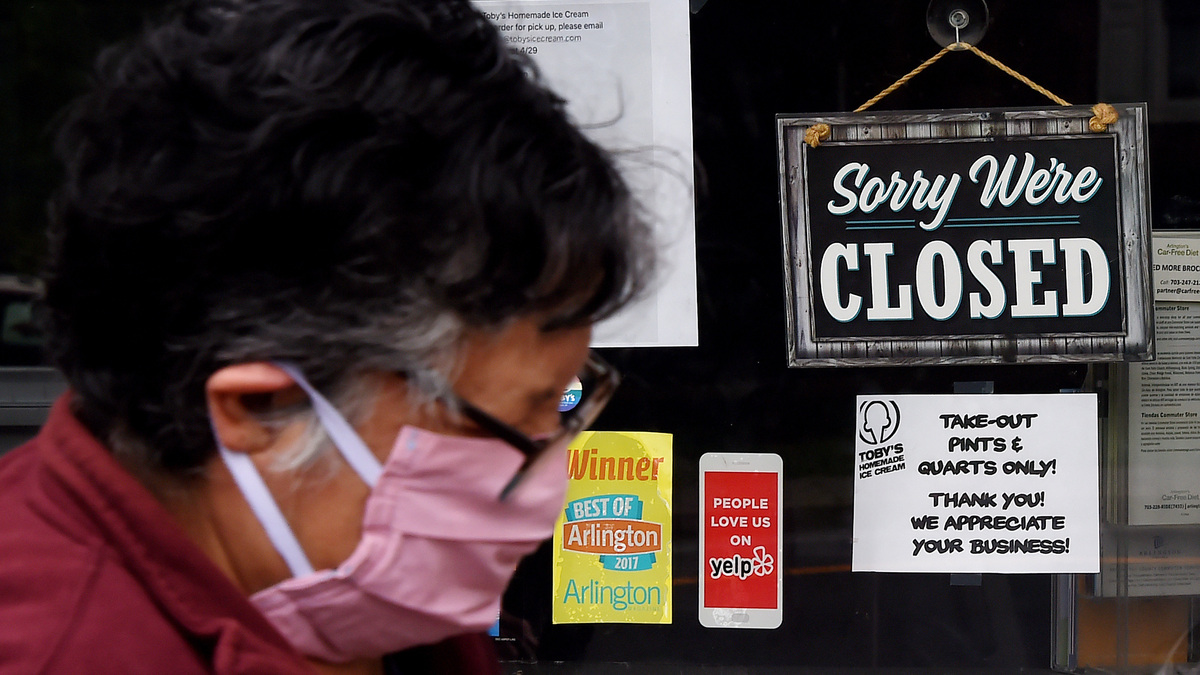 A woman wearing a face mask walks past a sign in the window of a food store in Arlington, Va., Tuesday. Business groups say members are worried about liability issues as they reopen.

Several states and local governments are allowing businesses to reopen with certain restrictions and conditions regarding social distancing and cleaning measures.

But what happens when an employee gets COVID-19 on the job and says the employer should have done more to stop it?

The U.S. Chamber of Commerce says businesses are worried about being sued as they navigate reopening. The group says concerns about health privacy, age discrimination claims and requirements for providing personal protective equipment have employers anxious.

Senate Majority Leader Mitch McConnell, R-Ky., has warned of an "avalanche of lawsuits" against businesses and said he wants liability protections in new coronavirus aid measures.

Democrats have called it a "nonstarter."

Remington Gregg of Public Citizen, a progressive consumer advocacy group, told NPR last week that McConnell's proposal would "make it even more difficult for workers to ensure that they were in safe working environments."

There are. We're already tracking over 300 different lawsuits that have already been filed in this period where things have closed down. In some states, we're seeing advertisements on TV by trial lawyer firms actually looking for people to become clients so they can go sue someone. So it's not a theoretical concern.

NPR's done a lot of reporting about people who have been told they have to report to unsafe workplaces. I'll use as an example, meatpacking plants have seen these huge outbreaks. Won't your lobbying just make it harder for ordinary people to have any legal recourse to protect themselves?

If a business is grossly negligent, if they are willfully forcing workers to work in unsafe conditions, then they don't have that liability protection. No one wants to protect bad actors here, but businesses who are trying to do the right thing shouldn't be second-guessed a year later in a court of law.