Accessibility links
Trump Says Coronavirus Task Force Will Stay After Signaling Its End : Coronavirus Updates The president said he changed his mind about pulling back from the team after hearing from "very respected people." He said the form of the task force would likely change as it focuses on reopening. 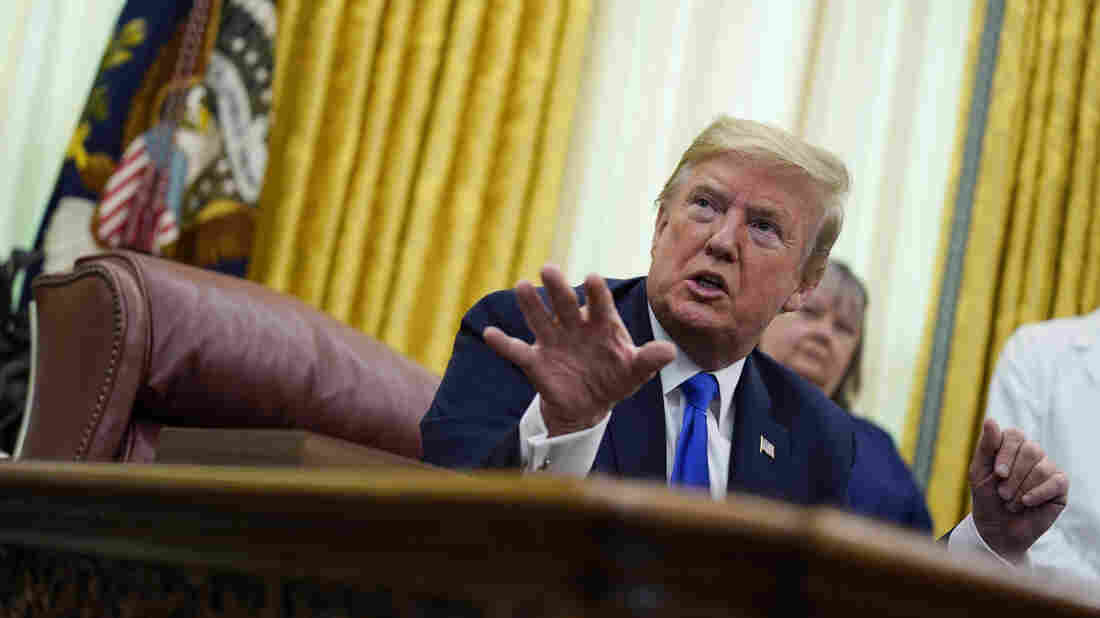 President Trump speaks during an event to honor World Nurses Day in the Oval Office of the White House on Wednesday. Evan Vucci/AP hide caption 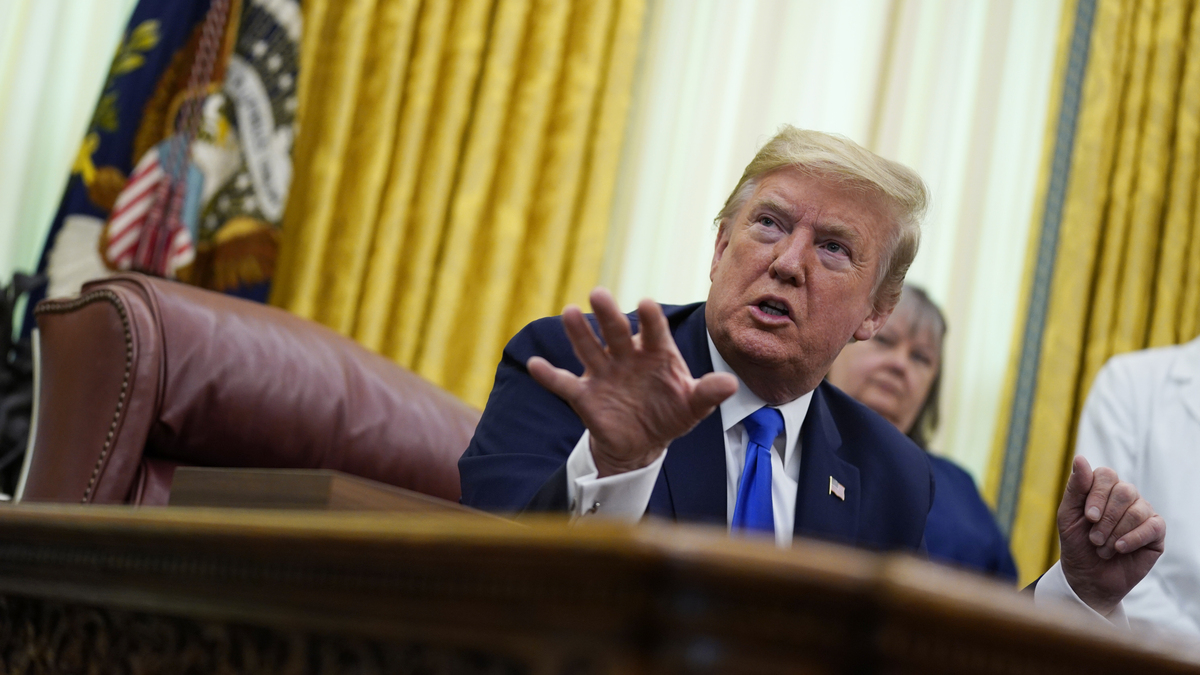 President Trump speaks during an event to honor World Nurses Day in the Oval Office of the White House on Wednesday.

President Trump said he had planned to wind down the White House coronavirus task force, but now plans to add two or three new members by Monday, noting he had received "calls from very respected people" to keep it going.

Trump said the task force would continue "indefinitely" and made clear its focus would be on "opening the country." Some members of the task force, such as people who worked on increasing the supply of ventilators, "may be less involved," he said.

"I thought we could wind it down sooner," Trump told reporters Wednesday, noting, "at a certain point, we won't need the task force."

"But I had no idea how popular the task force is until actually yesterday when I started talking about winding it down. ... It is appreciated by the public," Trump said.

On Tuesday, Trump and Vice President Pence indicated the task force was in transition to shift toward reopening and generally looking at winding down.

The task force and its daily briefings with reporters riveted the country during March and April, first with recommendations for shutting down much of daily American life, followed by guidance for how to start reopening the economy.

....gloves, gowns etc. are now plentiful. The last four Governors teleconference calls have been conclusively strong. Because of this success, the Task Force will continue on indefinitely with its focus on SAFETY & OPENING UP OUR COUNTRY AGAIN. We may add or subtract people ....

At an Oval Office meeting with nurses to mark National Nurses Day, Trump said Americans want the economy to reopen and things to start to return to normal, saying, "I don't think our people will stand for it," referring to the continuation of stay-at-home orders.

He described the virus in terms of an attack on the country.

Trump was asked about schools reopening in August. "Schools should definitely open, in my opinion," he said. Dr. Deborah Birx, a member of the task force, later noted that decisions about reopening, including schools, should vary by county and by state.

Trump repeated comments he first made in a town hall on Sunday suggesting that teachers over the age of 60, especially those with diabetes or heart problems, should not return to work.

Trump said he put an N95 mask on for a short period of time "backstage" during a visit to the Honeywell plant in Phoenix Tuesday, but was told by the CEO that he didn't need one.

He complained media were asking why he didn't appear on camera in the mask. "There's nothing I can do to satisfy the media," he said.

Pence: 'I Should Have Worn A Mask' When Visiting The Mayo Clinic

On Tuesday, the administration indicated that the task force was looking at fading out, or would at least take on a new form.

"So I think that, as far as the task force, Mike Pence and the task force have done a great job. But we're now looking at a little bit of a different form, and that form is safety and opening. And we'll have a different group probably set up for that," Trump told reporters during an event Tuesday.

Back in Washington, Pence told a group of reporters on Tuesday that there were ongoing "conversations" about "what the proper time is for the task force to complete its work and for the ongoing efforts to take place on an agency-by-agency level."

"I think we're starting to look at the Memorial Day window, early June window as a time when we could begin to transition back to having our agencies ... begin to manage our national response in a more traditional manner," Pence said.

As of Wednesday, more than 71,000 Americans have died because of the coronavirus, according to a tally kept by Johns Hopkins University researchers. Some parts of the country continue to see the number of new cases rise. Some models show deaths could spike again as stay-at-home orders end and people return to work.

Trump has made clear that he is leaving decisions about the pace of reopening up to governors. On Tuesday, he acknowledged that reopening the economy could cost some people their lives.