Accessibility links
An 11-Year-Old Girl Writes To Thank Her Mailman. Postal Workers Write Back : Coronavirus Live Updates Emerson Weber, a 5th grader in South Dakota, wanted to say thank you to Doug, her mail carrier, for his service while millions stay at home. Now, she's received dozens of notes of gratitude in return. 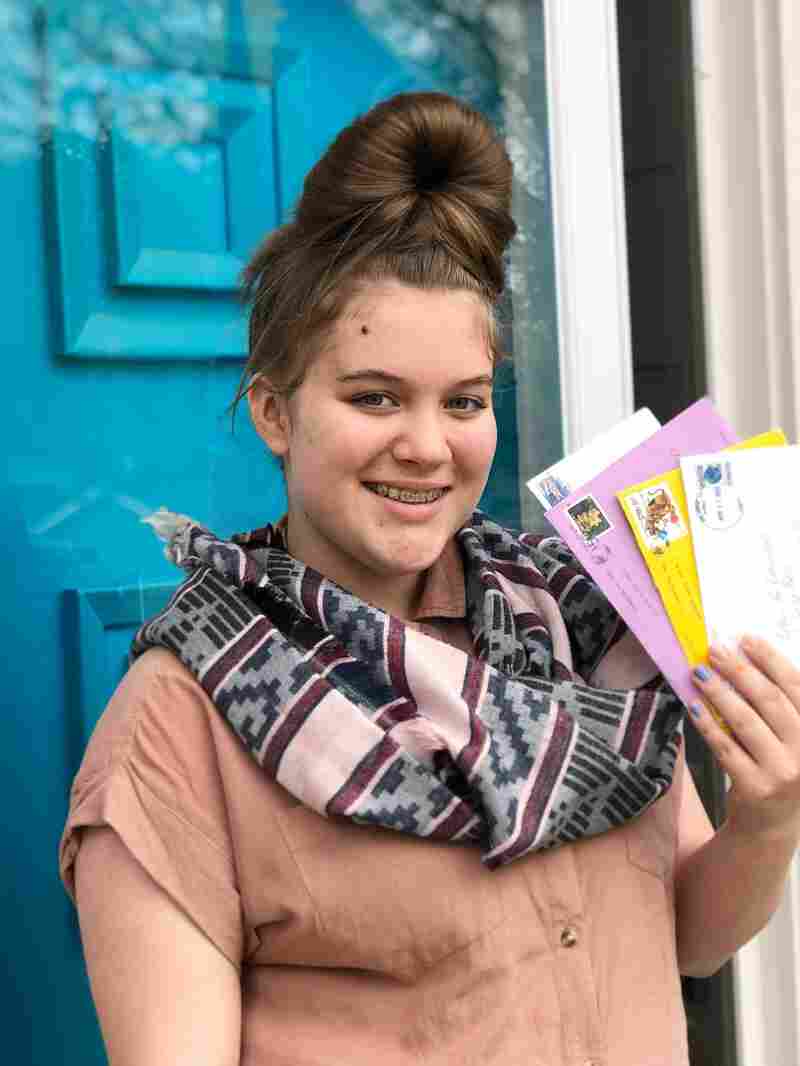 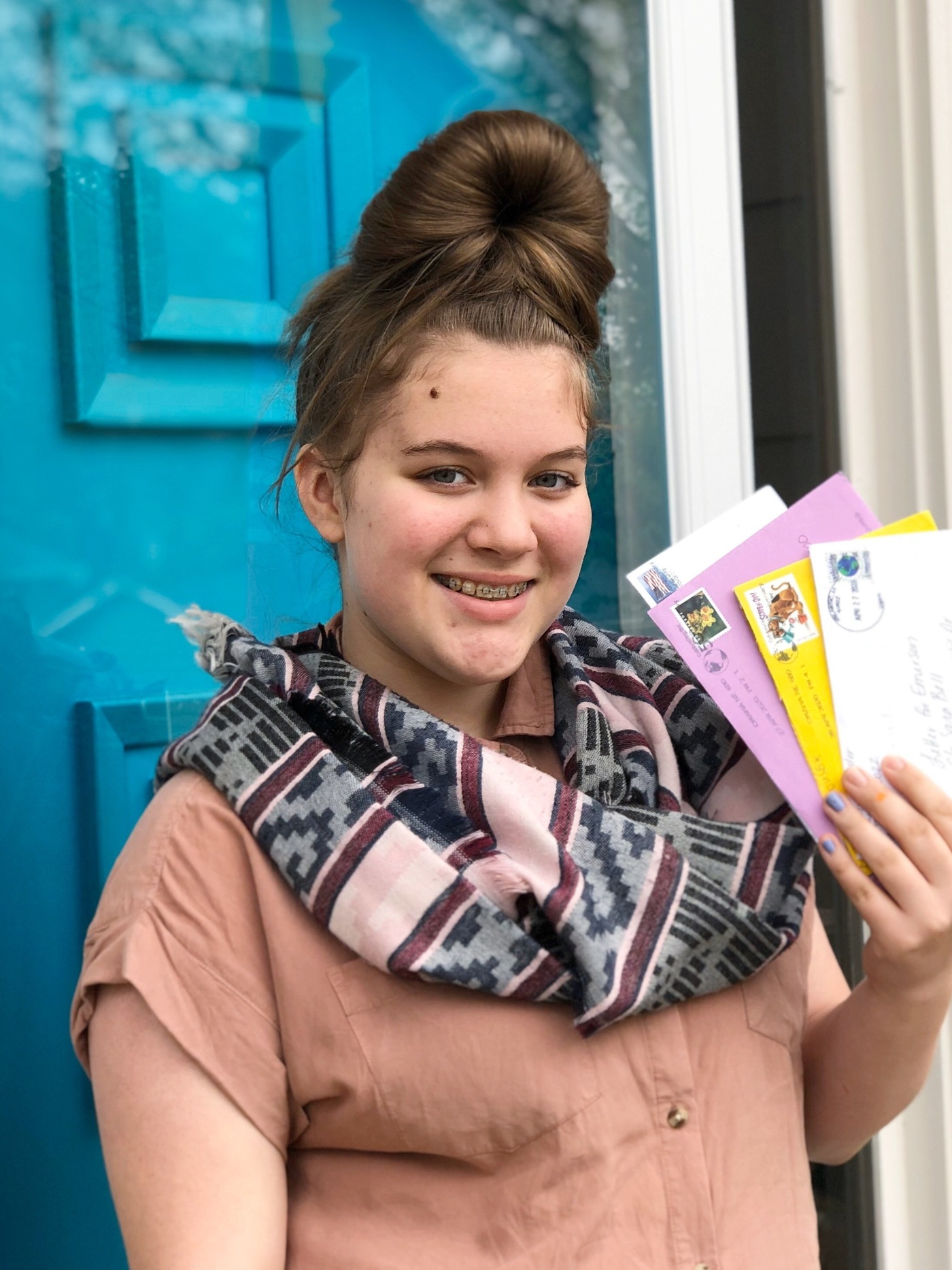 Emerson Weber, a 5th grader in South Dakota, is an avid letter writer whose thank-you note to her mail carrier went viral.

Neither snow nor rain nor heat nor gloom of night — nor coronavirus — stays these couriers from the swift completion of their appointed rounds.

The mail is still coming. And one 11-year-old girl in Sioux Falls, S.D., wanted to show her appreciation.

How else, but by writing a letter.

"I'm Emerson," she wrote to Doug, the mail carrier. "You may know me as the person that lives here that writes a lot of letters & decorated the envelopes too. Well, I wanted to thank you for taking my letters and delivering them. You are very important in my life. I make people happy with my letters, but you do too."

Emerson has a bit of a letter-writing habit. "She maintains active correspondence with over a dozen of her favorite people," as her father, Hugh Weber, describes it, and decorates her envelopes with elaborate designs and bright colors.

"I'm sure I keep [Doug's] hands full with many letters I send," Emerson tells All Things Considered's Ailsa Chang. "So I really just wanted to take a chance to thank him for always delivering them."

The next day, Emerson got a package sent by Doug and his supervisor, "just saying how touched they were by her outreach and how much it meant to them that she had seen their work and seen how essential it was," Hugh tells NPR.

Then, Emerson's letter was shared in an internal U.S. Postal Service newsletter, and things really started to take off. Messages from postal workers all over the country began pouring in.

"The letters that Em got from postmasters all over the country really were extremely personal, they were vulnerable and they reflected this sense of being seen, maybe for the first time in a long time," Hugh says. "They talked about being working alone in rural post offices or that their families were far away."

Emerson has been busy responding to all her new pen pals.

She says she was "really excited, because I love receiving mail just as much as I love sending it. But it also made me very happy that they realized people were thankful for them and that they took the time to write a letter back to me."

Mail workers "are doing stuff right now that we wouldn't want to do right now," Emerson says. Even while millions are staying at home, "they're still going to work seven days a week. And I just think we should be really thankful for them."

Hugh shared the story on Twitter and got an overwhelming response.

And, if you’ve gotten this far, just know that you can start the same waves of goodness with the people that you count on, respect & love. (Maybe even your @USPS mail carrier.)

Just tell them that you miss them, love them or just see them. And, then, let us know what happens. ❤️

He thinks Emerson's letter and response has become particularly resonant at a time when most people are physically apart.

"I think what this moment with Emerson has revealed is exactly that, that there's such a basic human need to be seen and to be known and to be loved. And she's reflected that," Hugh says.

"We can all take that step of showing gratitude and showing love. And so it's overwhelming to have the young woman that I know spark that."

NPR's Jonaki Mehta and Christopher Intagliata produced and edited the audio version of this story.