Accessibility links
The Pandemic Emptied American Roads, But Driving Is Picking Back Up : Coronavirus Live Updates Miles driven in the U.S. plummeted remarkably in the middle of March — dropping by 30% in a single week. Now driving is slowly resuming, a trend that began before stay-at-home orders were lifted. 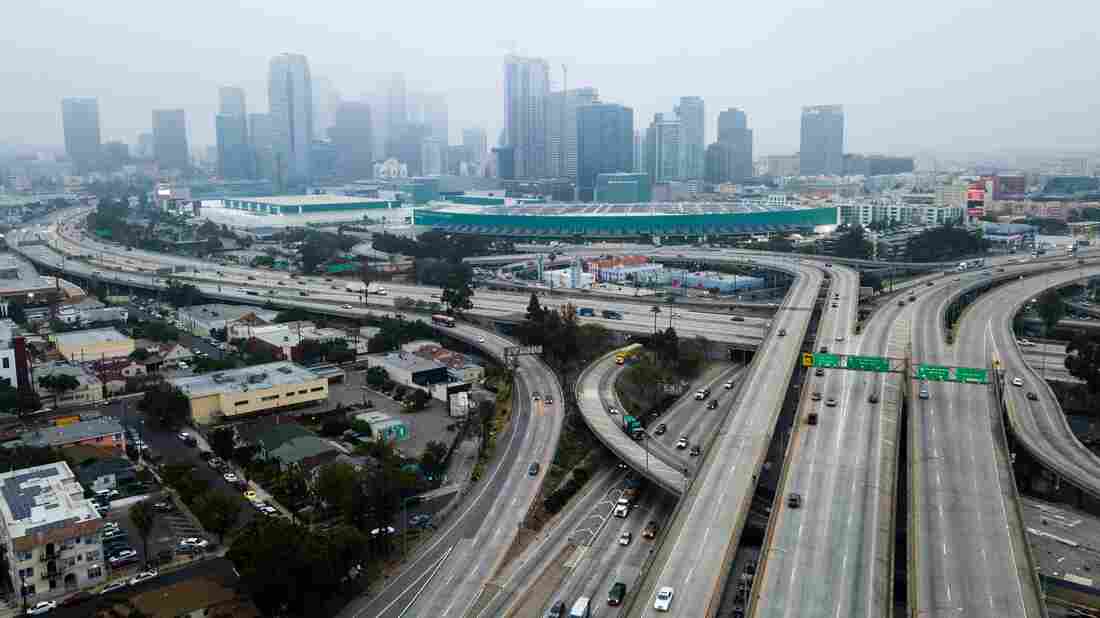 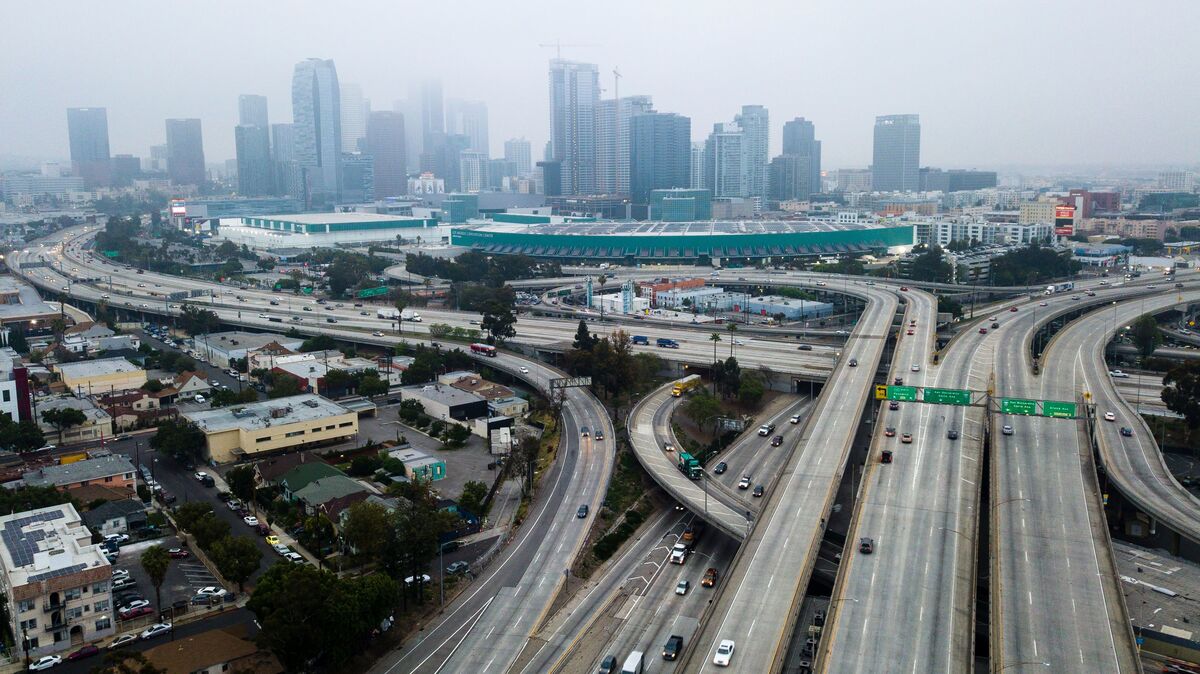 America is starting its engines again.

Freeways and city streets have been remarkably empty for weeks. The coronavirus pandemic caused an unprecedented drop in U.S. traffic — total miles driven dropped by more than 40% in the last two weeks of March, according to data collected by Arity.

In some states, mileage eventually dropped more than 60% below what would be expected without a pandemic.

But for several weeks now, the same data shows that miles driven are starting to climb again. Driving remains well below normal levels, but is rising consistently.

The decline in driving began well before states imposed stay-at-home orders, and the increase similarly began before those orders started to be lifted.

Arity, a spinoff of the insurance giant Allstate, pulls mobility data from smartphone apps and devices installed in cars of customers who have opted in to share their data. The figures have been smoothed and normalized.

The decline in late March appears to be without a peacetime precedent. And the 29% increase between April 1 and May 1 would, in normal times, be a remarkable shift.

"In a pre-COVID world, a move of 1% or 2% would be perceived as interesting," Rob Nendorf, Arity's director of analytics, says.

Spring is usually marked by an increase in traffic, making the drop off in March even more striking.

And it's not just that total miles driven have declined. Americans also changed how they drive.

Cars are going faster overall, but Arity actually reports less aggressive acceleration than usual. That might reflect different driving patterns on emptier streets, or it may be because different kinds of trips are taking place. And long weekend trips are a casualty of the coronavirus. In April, weekend drives tended to be shorter than usual, making weekday and weekend trips look a lot more similar.

The reduction in driving has opened up streets — and some cities have seized the opportunity to rethink how they use their roads, installing more bike lanes or reserving more space for pedestrians. Meanwhile, less driving means fewer accidents, prompting some insurers to send rebates to customers.

And now, as cars trickle back to the streets, just remember: starting a vehicle after a long hiatus has some perils. Dead batteries are common and tires can develop flat spots. One unfortunate NPR correspondent found a rat's nest inside her vehicle.