Accessibility links
Trump Dismisses Top Scientist Rick Bright As 'Disgruntled Employee' : Coronavirus Live Updates In a whistleblower complaint, Bright alleges he was removed from his post for failing to go along with the president's push to promote a drug as a cure for COVID-19. 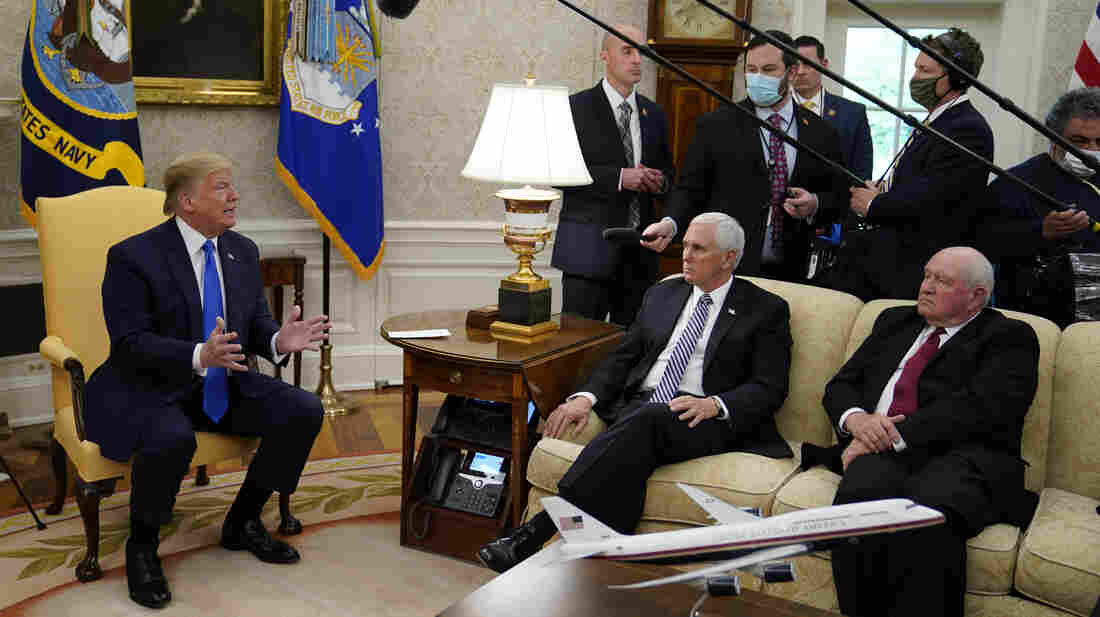 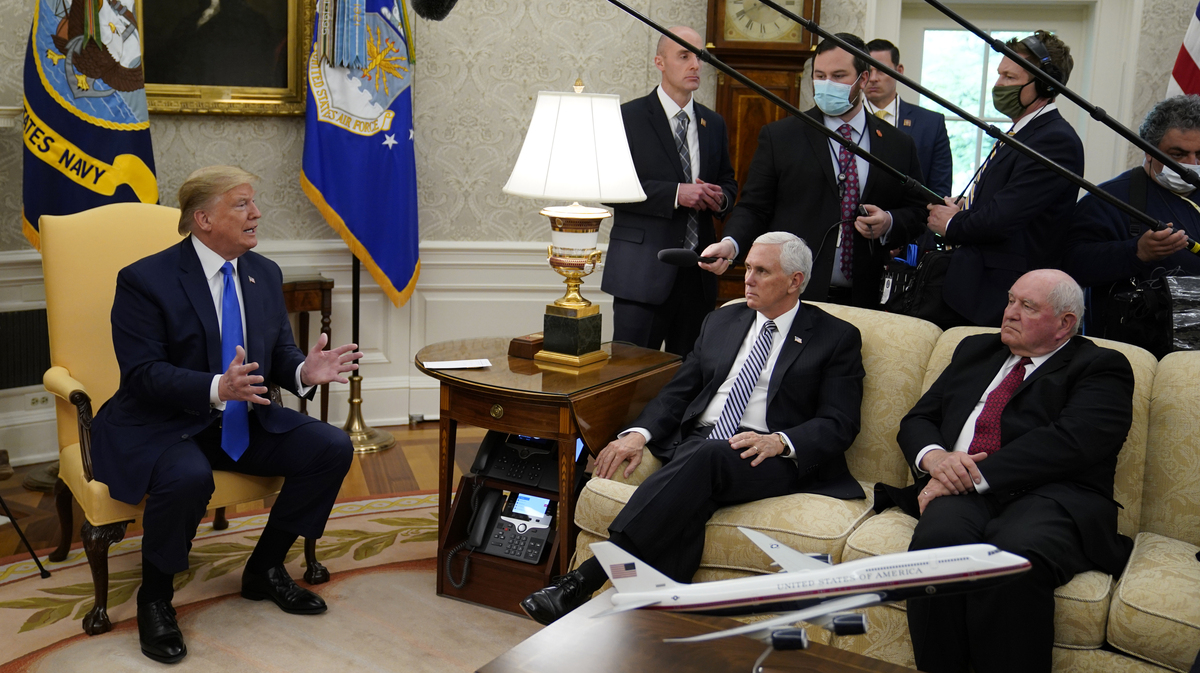 In a whistleblower complaint filed this week, top federal scientist Rick Bright alleges he was removed from his post for failing to go along with the president's push to promote a drug as a cure for COVID-19.

On Wednesday, Trump dismissed the complaint, telling reporters Bright "seems like a disgruntled employee who's trying to help the Democrats win an election."

"I never met him, I know nothing about him," Trump said, adding that he didn't think "disgruntled people" should work for his administration.

Trump also observed that Bright is being represented by a legal team that represented "other people" – seemingly an allusion to lawyer Debra Katz's representation of Christine Blasey Ford, who testified against Supreme Court Justice Brett Kavanaugh during his confirmation.

Bright says he was ousted from his position as director of the Biomedical Advanced Research and Development Authority because he wanted to spend money on safe and vetted treatments for COVID-19 — not hydroxychloroquine. The president has called that common anti-malaria drug a possible "game-changer," but there is no proof that it works for COVID patients, and it has side effects. The Food and Drug Administration ultimately warned against using the drug to treat COVID-19 without "strict medical supervision."