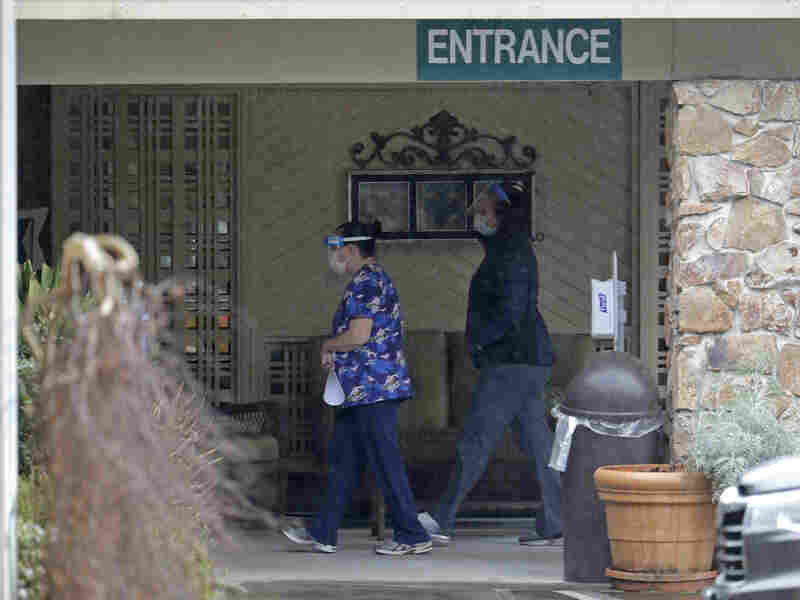 Two workers approach the entrance to Life Care Center in Kirkland, Wash., on March 13. An association that represents nursing homes is asking for billions of dollars in federal relief funds to cope with the coronavirus crisis. Ted S. Warren/AP hide caption 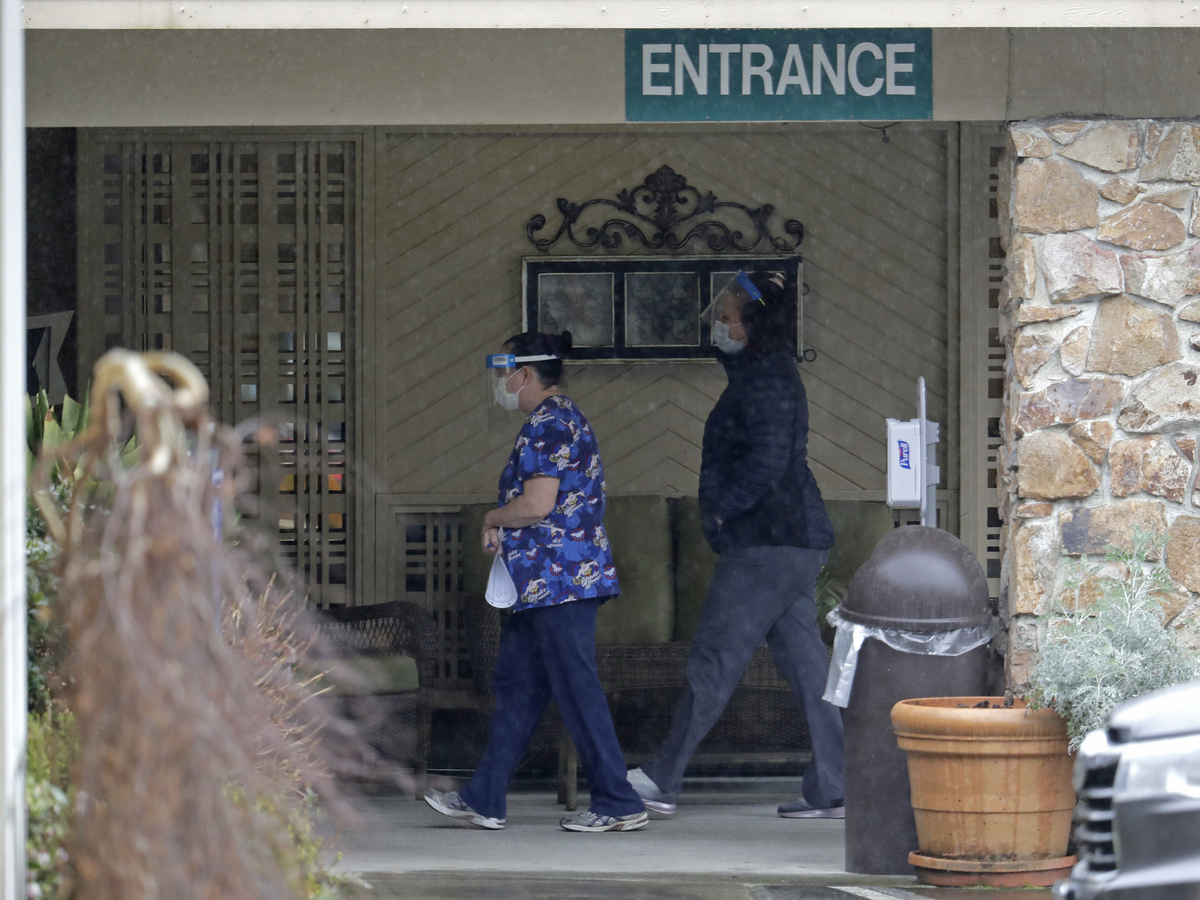 Two workers approach the entrance to Life Care Center in Kirkland, Wash., on March 13. An association that represents nursing homes is asking for billions of dollars in federal relief funds to cope with the coronavirus crisis.

With more than 11,000 resident deaths, nursing homes have become the epicenter of the COVID-19 crisis. Now, they're asking the federal government for help — $10 billion's worth of help.

The American Health Care Association, the trade organization for most nursing homes, called the impact on long-term care facilities "devastating." In a letter sent this week to the Federal Emergency Management Agency and to Health and Human Services Secretary Alex Azar, they ask for the federal government to designate relief funding from the CARES Act for nursing homes the way it has for hospitals.

The money would be used for personal protective equipment, salaries for expanded staff, and hazard pay. In addition, some of the funds would make up lost revenue for nursing homes that have been unable to admit new residents because of the outbreak.

The AHCA also wants nursing homes to have more access to testing, and some members of Congress want that, too. This week, 87 members of the House of Representatives sent their own letter to Azar, as well as to Seema Verma, the administrator of the Centers for Medicare and Medicaid Services, which regulates nursing homes. The letter asks those agencies to direct states — which have received billions of dollars for increased testing — to give priority to long-term care facilities.

From Loss Of Smell To 'COVID Toes': What Experts Are Learning About Symptoms

The letter also notes that nursing homes are now required to report their numbers of COVID-19 infections and deaths to the Centers for Disease Control and Prevention, but that they can't meaningfully do this unless they can test everyone in the facility.

Democrats in both the House and the Senate have also introduced legislation intended to make things safer for both nursing home staff and residents. The bill would require nursing homes to take a range of actions, from providing better infection prevention, to supplying sufficient protective gear, to protecting a resident's right to return to the nursing home after they've been treated for COVID-19 at a hospital.