Accessibility links
EU Officials' Opinion Piece In Chinese Newspaper Censored On Coronavirus Origin : Coronavirus Updates The version published in China Daily omitted a reference to the illness originating in China and spreading to the rest of the world. The piece was published in full on the authors' websites. 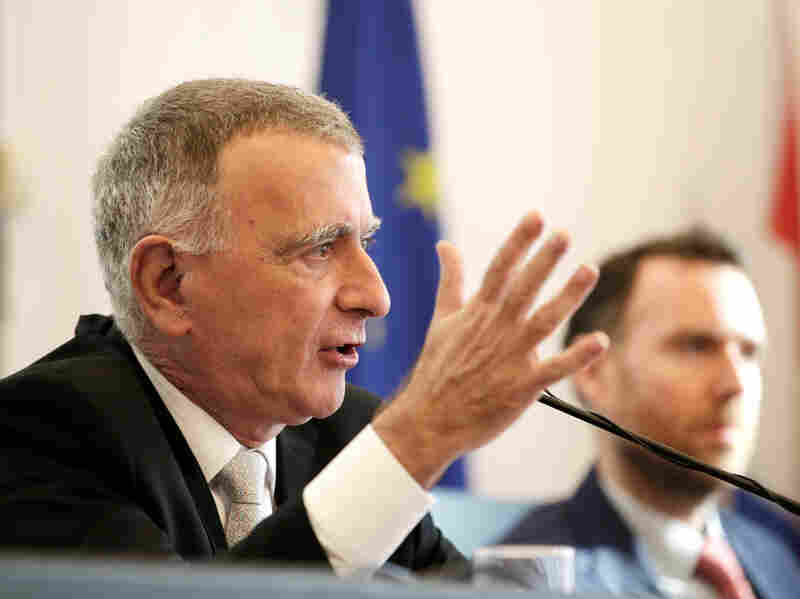 EU Ambassador to China Nicolas Chapuis said it was "regrettable" that a Chinese newspaper deleted a key phrase about the coronavirus from an opinion piece by EU officials. Jason Lee/Reuters hide caption 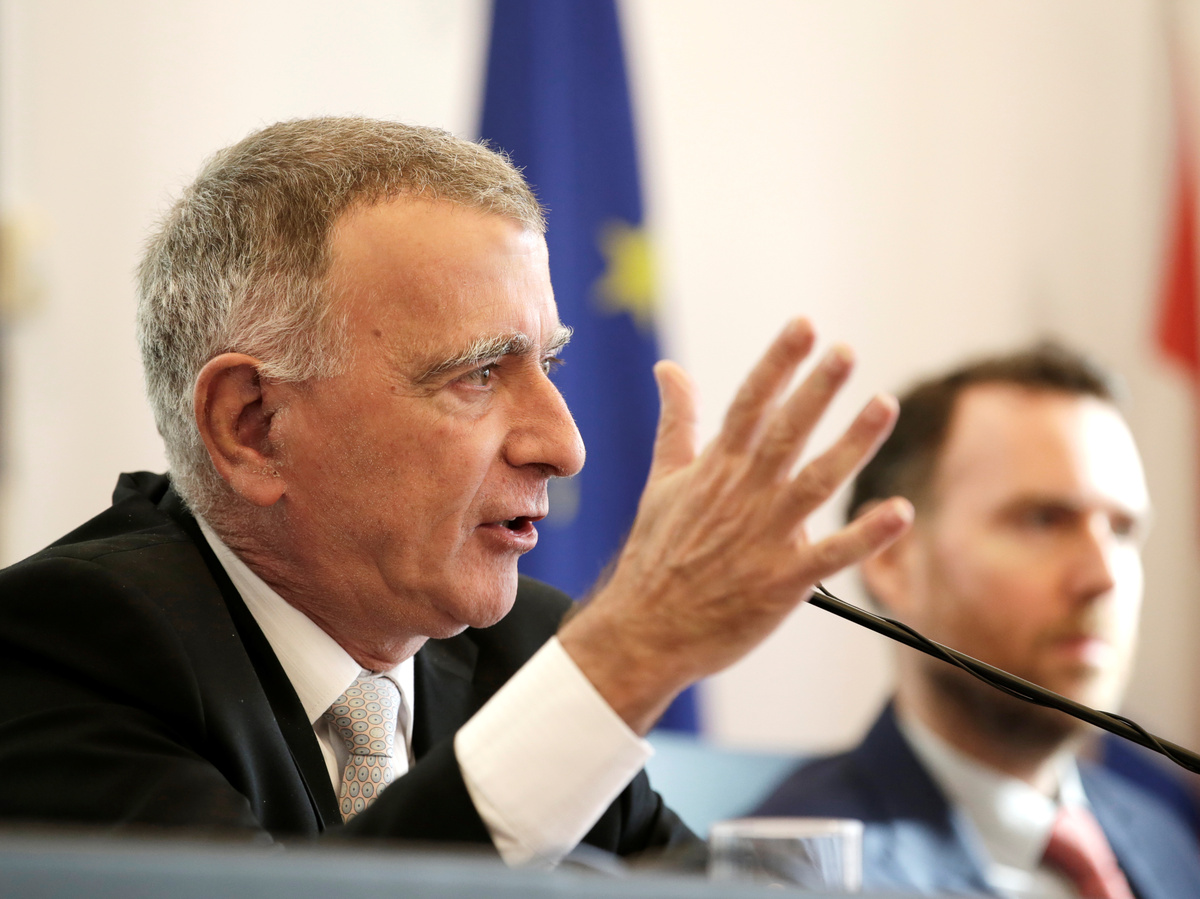 EU Ambassador to China Nicolas Chapuis said it was "regrettable" that a Chinese newspaper deleted a key phrase about the coronavirus from an opinion piece by EU officials.

The European Union's attempt to celebrate the 45th anniversary of the bloc's diplomatic relationship with China fell flat after an opinion piece co-authored by the EU's 27 ambassadors ran afoul of Beijing's censors.

The piece published in Wednesday's China Daily was notably different from the one posted on the EU embassy's website. The version on the website included a sentence that made reference to the origins of the coronavirus outbreak, which is believed to have started in the Chinese city of Wuhan late last year.

"But the outbreak of the coronavirus in China, and its subsequent spread to the rest of the world over the past three months, has meant that our preexisting plans have been temporarily side-tracked," the original version of the piece read.

However, the edited version published in China Daily omitted the words, "in China, and its subsequent spread to the rest of the world over the past three months."

Nicolas Chapuis, the EU's ambassador to China, described the edit as "regrettable." But he declined to comment on why the words were deleted, according to Reuters. The European Commission in Brussels confirmed later that its Beijing delegation agreed to the change.

"The EU delegation decided nevertheless to proceed with publication of the op-ed with considerable reluctance as it was considered important to communicate on key EU policies," the Commission said during its daily news briefing.

Others in Europe were less pleased about the delegation's decision to back down to Chinese censorship.

"I am shocked not once but twice: First the #EU ambassadors generously adopt #Chinese narratives & then the EU representation on top accepts Chinese censorship of the joint op-ed," German politician Norbert Röttgen said on Twitter. "Speaking with one voice is important, but it has to reflect our shared European values and interests!"

Röttgen, who is the chairman of the German parliament's Foreign Affairs committee, did not specify what Chinese narratives he was referring to in his tweet.

The EU's decision to agree to the edit came less than a week after the celebration of World Press Freedom Day. "Press freedom is a right, not just of media professionals, but of each and every one of us," Josep Borrell, the EU's High Representative for Foreign Affairs, wrote on Sunday.

The United States and China have also clashed in recent weeks over the global narrative surrounding the coronavirus outbreak. President Trump has publicly stated that the virus originated in a Wuhan laboratory. Chinese officials have repeatedly noted that there has been no conclusion on its exact origin.