Accessibility links
Detainee Is First To Die In An ICE Detention Center From Coronavirus Disease : Coronavirus Live Updates Carlos Escobar-Mejia, 57, had been in ICE custody since Jan. 10, when he was stopped in a car by the Border Patrol in Chula Vista, Calif. Before then, he had been living in the U.S. for 40 years. 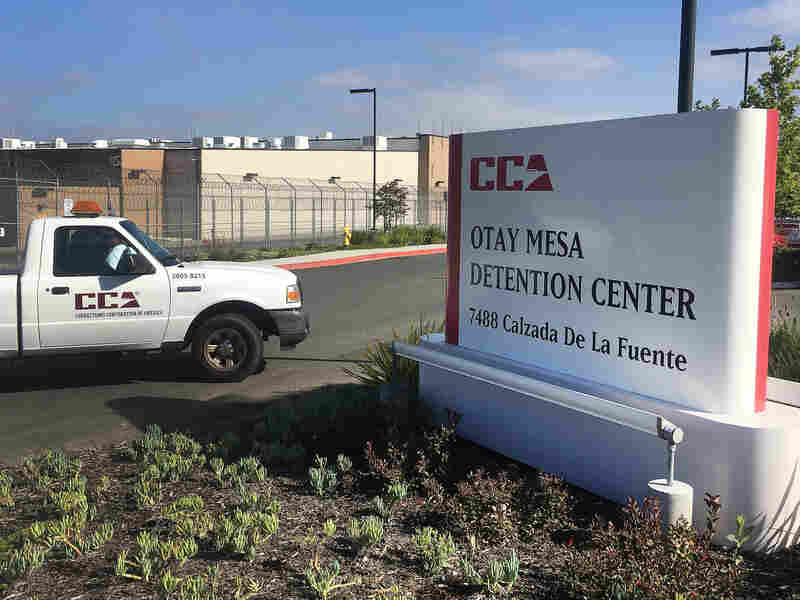 An immigration detainee has died of COVID-19 at the Otay Mesa Detention Center in San Diego. Elliot Spagat/AP hide caption 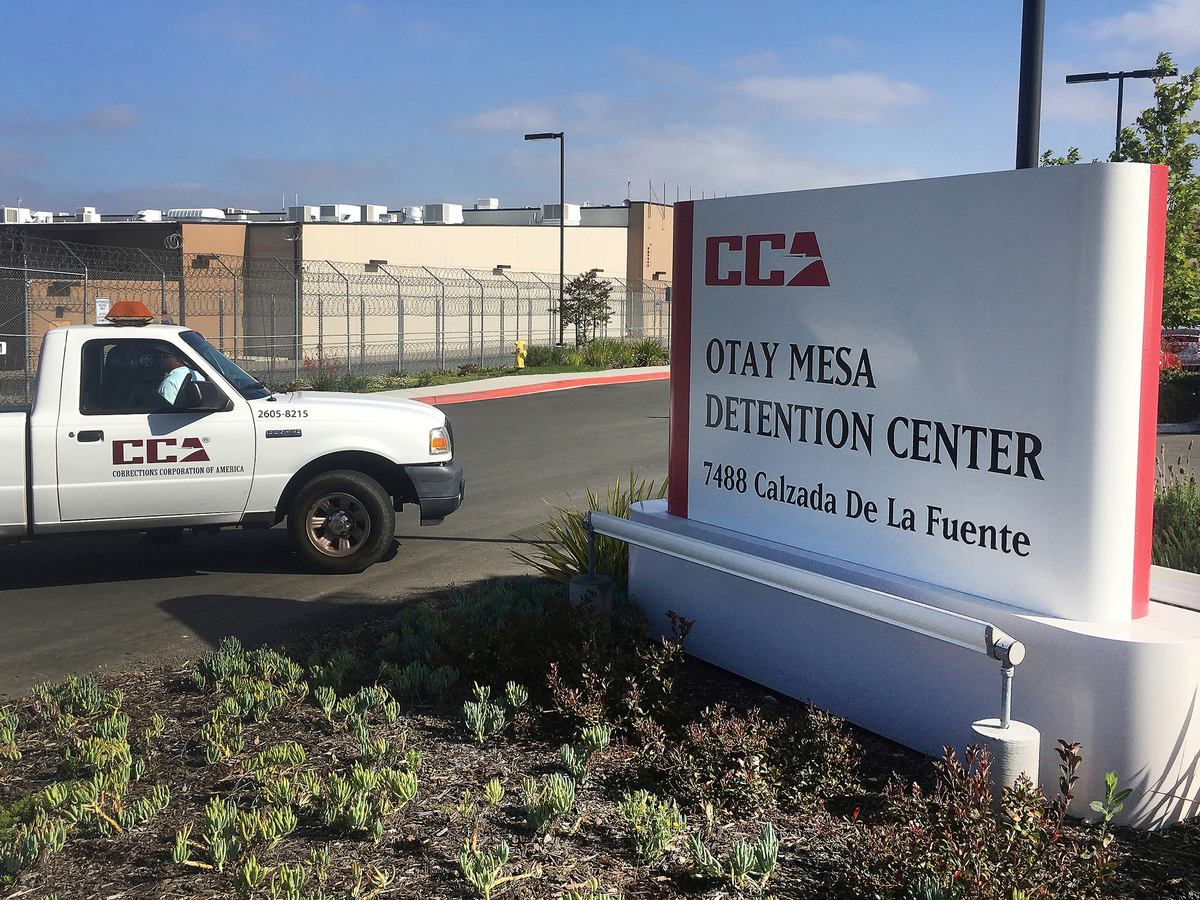 An immigration detainee has died of COVID-19 at the Otay Mesa Detention Center in San Diego.

A 57-year-old Salvadoran man who was held at the Otay Mesa Detention Center in California died from COVID-19 on Wednesday. It is the first confirmed death from the disease of an Immigration and Customs Enforcement detainee in an ICE detention center.

Carlos Escobar-Mejia had been in ICE custody since Jan. 10, when he was stopped in a car by the Border Patrol in Chula Vista. Before then, he had been living in the United States for 40 years.

He was denied bond by an immigration court judge on April 15, because he was considered a "flight risk." By that time, several employees and detainees at Otay Mesa had already tested positive for COVID-19.

Escobar-Mejia was on a list that a federal judge last week ordered ICE to compile of those considered medically vulnerable and eligible for immediate release.

But by the time the list was compiled, Escobar-Mejia was already hospitalized. He died early Wednesday at Paradise Valley Hospital in National City, Calif.

In a statement on Escobar-Mejia's death, ICE wrote that the agency "is firmly committed to the health and welfare of all those in its custody and is undertaking a comprehensive agency-wide review of this incident, as it does in all such cases."

As of Thursday morning, there are 140 confirmed cases at the facility, which is holding 629 ICE detainees. Otay Mesa has not accepted new ICE detainees since April 2.

CoreCivic, the private company that runs the facility, has said it has followed CDC guidelines and protocols for containing the spread of the virus. But detainees there have complained of not being given enough space to "socially distance" inside the facility or protective devices like clean masks to stop the spread of the disease. Several have launched hunger strikes to protest their conditions.

CoreCivic initially asked detainees to sign waivers in exchange for masks. The waivers freed the company from liability if they were to contract COVID-19 while wearing a mask. After several detainees refused to sign, CoreCivic stopped requiring detainees to sign the waiver.