Accessibility links
How A Virtual Powwow Helped Heal A Spirit Broken During The Pandemic : Coronavirus Updates Kay Oxendine of the Haliwa Saponi Tribe in North Carolina, was set to serve as the first woman to emcee of the tribe's annual powwow — until the event was canceled amid the coronavirus pandemic. 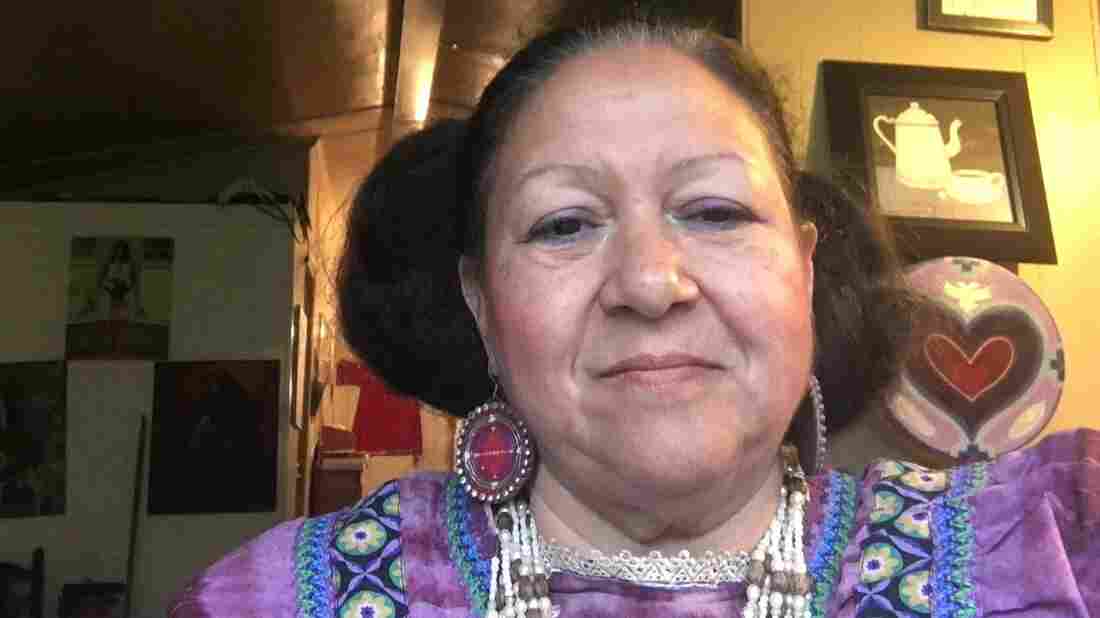 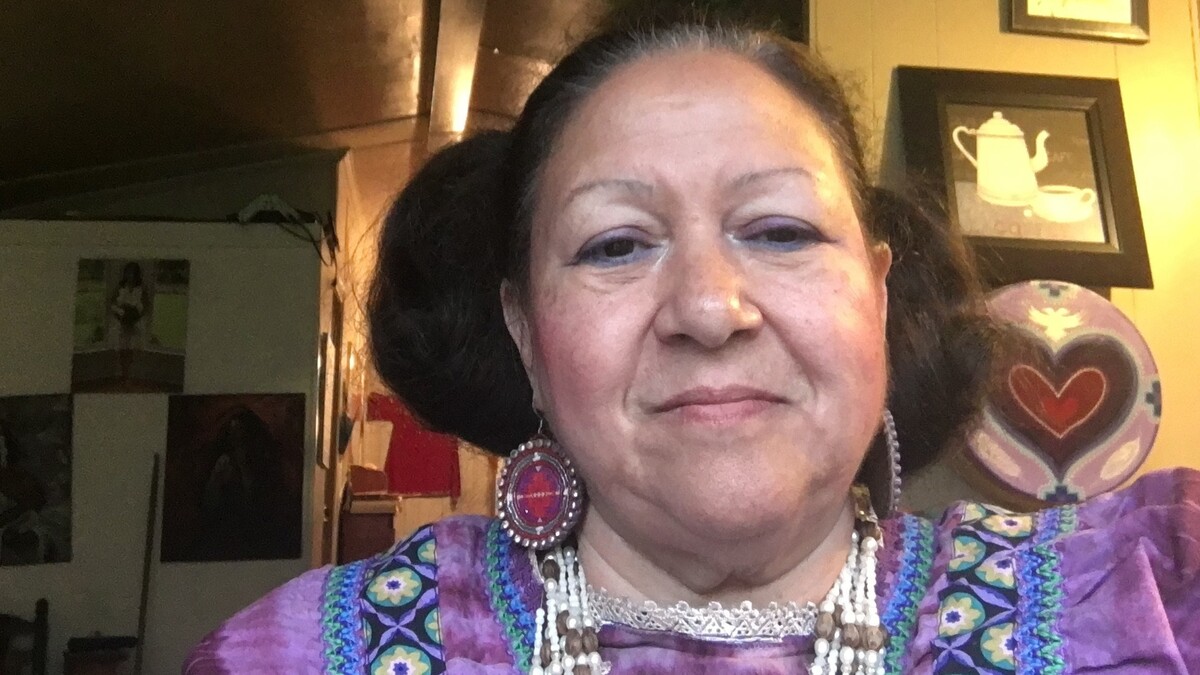 Kay Oxendine of the Haliwa Saponi Tribe in North Carolina, was set to serve as the first woman to emcee of the tribe's annual powwow — until the event was canceled amid the coronavirus pandemic.

It's powwow season — the time of year when across the country, Native American tribes should be getting together to celebrate their culture with food, dancing, singing and drumming. Kay Oxendine is a member of the Haliwa Saponi Tribe in North Carolina.

"Every year we know it's coming; like, the birds sing differently," she told NPR. "It's almost like spring arrives when the powwow does."

Oxendine is an author and educator and the mistress of ceremonies for a number of powwows in the eastern U.S. It's a job she loves: telling stories to the crowd and introducing the dancers, singers and drummers. She was set to be the first woman to emcee her tribe's powwow, scheduled for Friday, April 17, to Sunday April 19, at the Tribal Ceremonial Grounds in Hollister, N.C.

About 5,000 people would've been there, but she knew it would be canceled because of the coronavirus pandemic. What she says she didn't expect was that her mind and body were still expecting the celebration.

"I actually threw up. I actually I got physically ill. It felt like I was pregnant but couldn't give birth."

Then, she says she noticed on Facebook that a member of the Haliwa Saponi Tribal Council had scheduled a virtual Haliwa powwow. "And I'm like, man, you know, stop, what are you doing?" It seemed like such a strange idea.

But she says it was wonderful "because what she did, she encouraged people to still dress in their regalia. And so one of our previous tribal administrators, Archie Lynch, who is also my cousin, he lit a fire and he was out there and he had sage. He was blessing the grounds. It was in his backyard. But, you know, it just meant the world to me."

Following the powwow, there's normally an after party with a deejay. This year, one of the tribal members held a virtual after party.

"We were brought up on Otis Redding and soul music around here — music that just makes you want to get up and dance," she says.

So Oxendine got up and danced.

"I'm sitting in my room, the music is blasting. I'm sitting in front of my computer, I'm dancing in my living room. My son thinks I've lost my mind. "

It was just what her spirit needed.

"It was it was just the most beautiful thing I think I've ever encountered. It helped me. It really helped me heal a lot."