Accessibility links
French Education Minister Says School Reopenings Will Be Done 'Very Progressively' : Coronavirus Live Updates France's minister of education, Jean-Michel Blanquer, talked with NPR about the gradual reopening of schools, which will be voluntary. Still, many parents and administrators are against the plan. 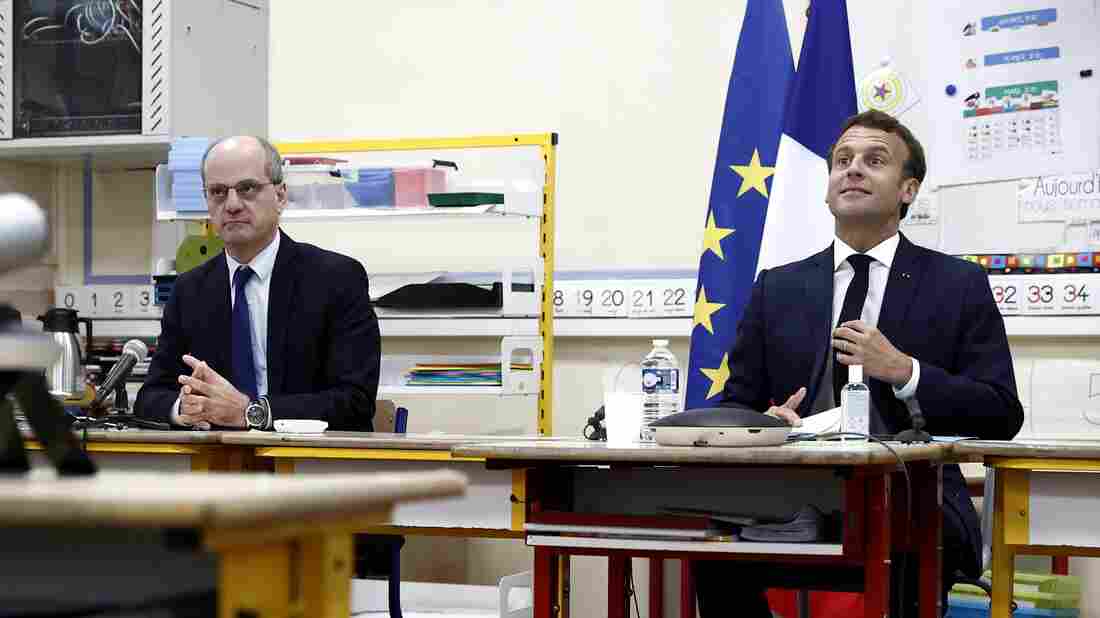 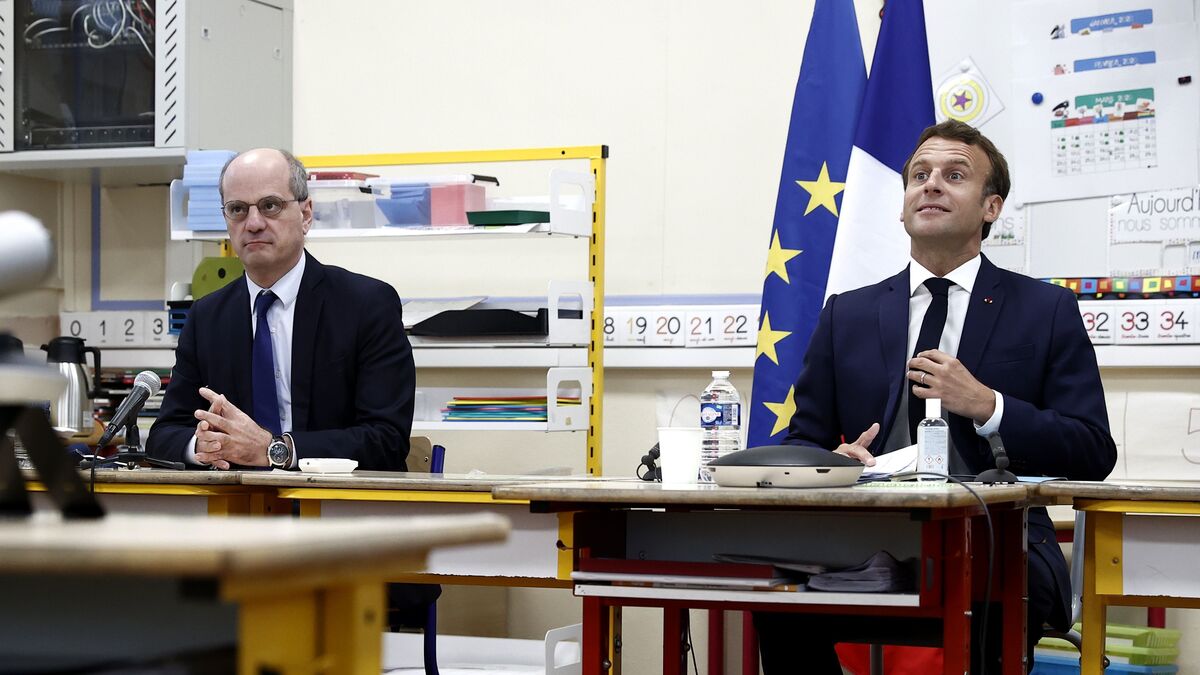 French Education Minister Jean-Michel Blanquer (left) and French President Emmanuel Macron participate in a video conference with mayors and directors of schools at the Pierre Ronsard elementary school in Poissy, west of Paris, on Tuesday.

Primary schools in France are reopening next week.

There will, of course, be social distancing measures in place. Class sizes will be limited to 15 and no games at recess. It's a gradual three-week process beginning with preschoolers.

The government says the reopening is voluntary and students won't be forced to return.

Still, many parents and administrators are against the plan. More than 300 mayors in the Paris region signed an open letter to President Macron, urging a delay in reopening and saying the timeline is "untenable and unrealistic." They said schools needed more time to implement the required sanitary measures.

Jean-Michel Blanquer, France's minister of education, talked with Mary Louise Kelly on All Things Considered about bringing students back to class for the first time since mid-March. Here are selected excerpts:

Do you think they will come? Do you think you will have 15 students in classrooms come next week?

It's a question of trust. I think that when those who do not come will see that things are going well with those who come, they will be convinced. Those who will stay in their houses, will have a distance learning system working for them.

I wonder how much weight have you given to warnings coming out from health officials, epidemiologists, warning that opening schools could lead to a second wave of the virus. Are you going to have widespread testing in schools to make sure that this does not become the case?

Yes, of course, we are very cautious about that. That's why we are not [reopening] everything at the same time depending on the evolution of the epidemic. And at the end of the month, we will see what we do. Of course, we don't want a second wave. That's why we do things very progressively. We don't receive all the children at the same times, but we have also studies that show that it can be worse for the health of the children to do not go to school.

Last thing, which is just to ask how you are preparing staff and teachers, because this has been obviously a traumatic experience for everyone living through the pandemic. Are teachers prepared to talk about what we're all going through? What's the message going to be to kids about staying safe and getting through this?

Well, what you said is a very important dimension of the situation for France and I think for other countries. That's why we pay a lot of attention to the psychological questions. People need to speak and to exchange about what they have lived. Some people have lost someone or have very bad experiences of those two months. That's why we have some days of preparation with the teachers. And that's why we are going to have our psychologists in the schools to speak with adults and with children during those days.

Listen to the full audio version of the interview on All Things Considered.