Accessibility links
Some See Plot In Coronavirus Restrictions To Create 'World Government' : Coronavirus Live Updates A manifesto by some prominent Catholic leaders alleges that some powers are using the coronavirus as a "pretext" to foment worldwide panic, restrict freedom and gain control over citizens. 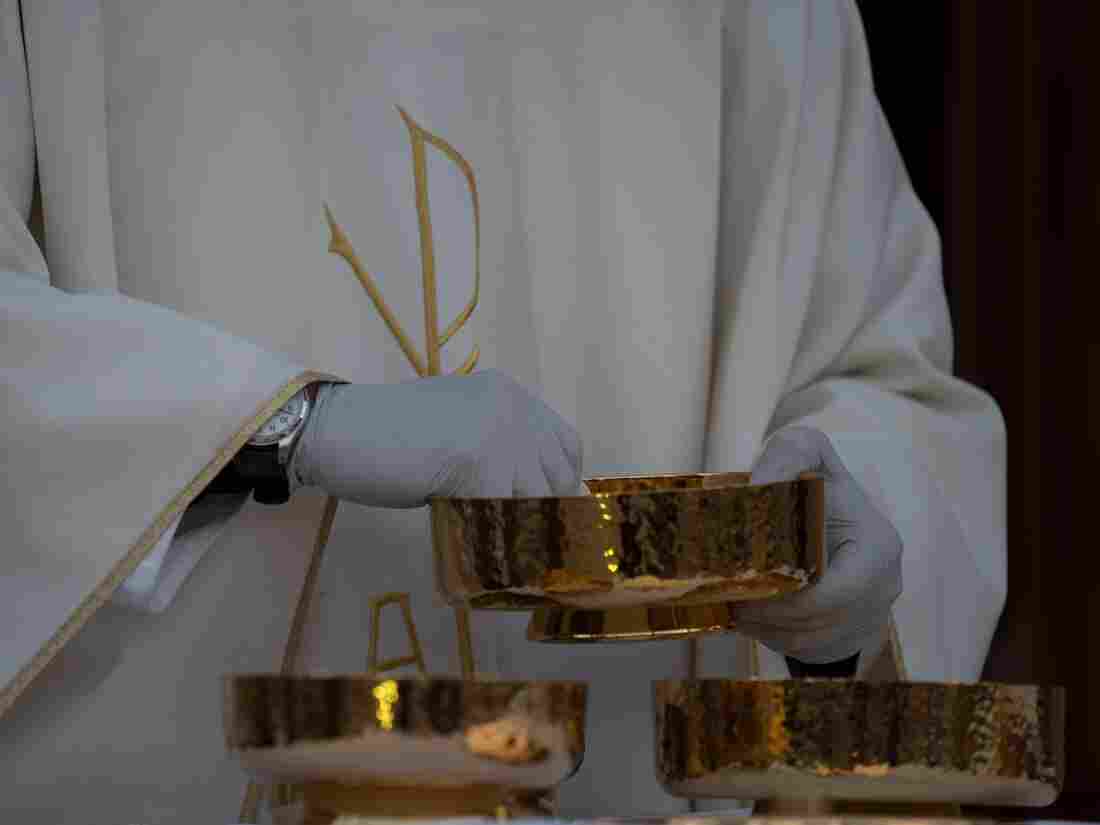 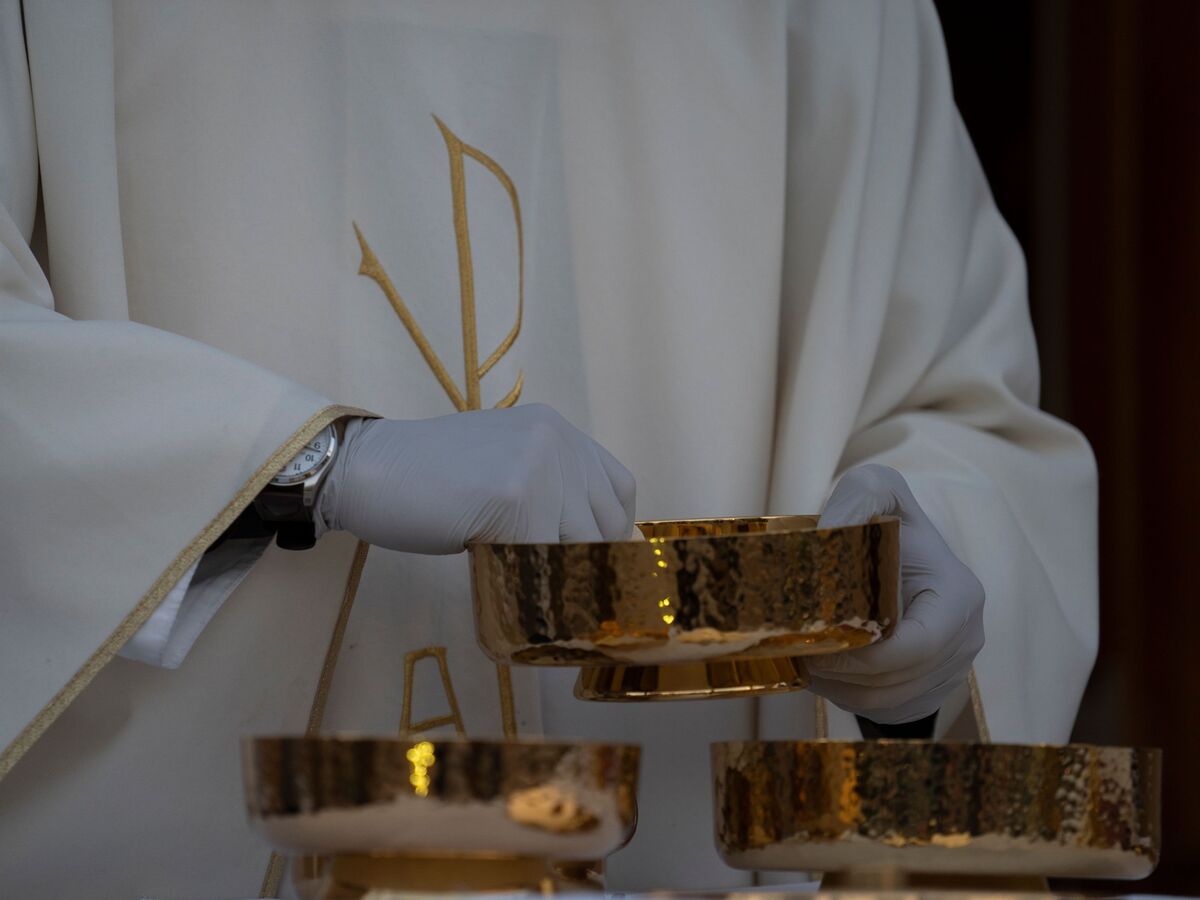 The conservative argument that stay-at-home orders by government authorities reflect a dictatorial impulse seems to be gaining momentum.

In the latest example, a manifesto promoted by conservative Catholics alleges that the Covid-19 pandemic is being used as a "pretext" to deprive citizens around the world of their fundamental freedoms and promote "a world government."

The appeal, led by Archbishop Carlo Viganò, a former apostolic nuncio to the United States, was released Thursday in Rome and includes the signatures of at least two cardinals and a U.S. bishop, Joseph Strickland of Tyler, Texas, as well as anti-vaccine activist Robert F. Kennedy, Jr., the son of Robert F. Kennedy and the nephew of President John F. Kennedy. The manifesto cites "growing doubts ... about the actual contagiousness, danger, and resistance of the virus."

"We have reason to believe," the manifesto continues, "that there are powers interested in creating panic among the world's population with the sole aim of permanently imposing unacceptable forms of restriction on freedoms, of controlling people, and of tracking their movements. The imposition of these illiberal measures is a disturbing prelude to the realization of a world government beyond all control."

One reported signatory, Cardinal Robert Sarah of Guinea, head of the Vatican's liturgy department, later claimed he had not signed the petition, despite sharing "some questions or preoccupations raised regarding restrictions on fundamental freedom." Viganò in turn insisted that Sarah had indeed endorsed the appeal.

Among the other signatories are dozens of Catholic and non-Catholic intellectuals, doctors and journalists, most of them from Italy.

Similar, if less extreme, arguments have been gaining strength in the United States. The orders by some government authorities to restrict church gatherings has repeatedly been portrayed as an assault on religious freedom and spurred numerous lawsuits.

Franklin Graham, the son of Billy Graham, joined the debate this week with a tweet claiming, "It's becoming more obvious to people that the response of some in the government is not just about protecting lives, but it's about control."

Other conservatives are tying the debate to the presidential campaign. CatholicVote.Org, which has been highly supportive of President Trump, tweeted this week, that the coronavirus response is becoming "the defining issue of the election." While Trump's position, the organization said, is to "cautiously reopen," former Vice President Joe Biden stands for "forced reliance on government handouts" and a "police state, no jobs, no school, no church."