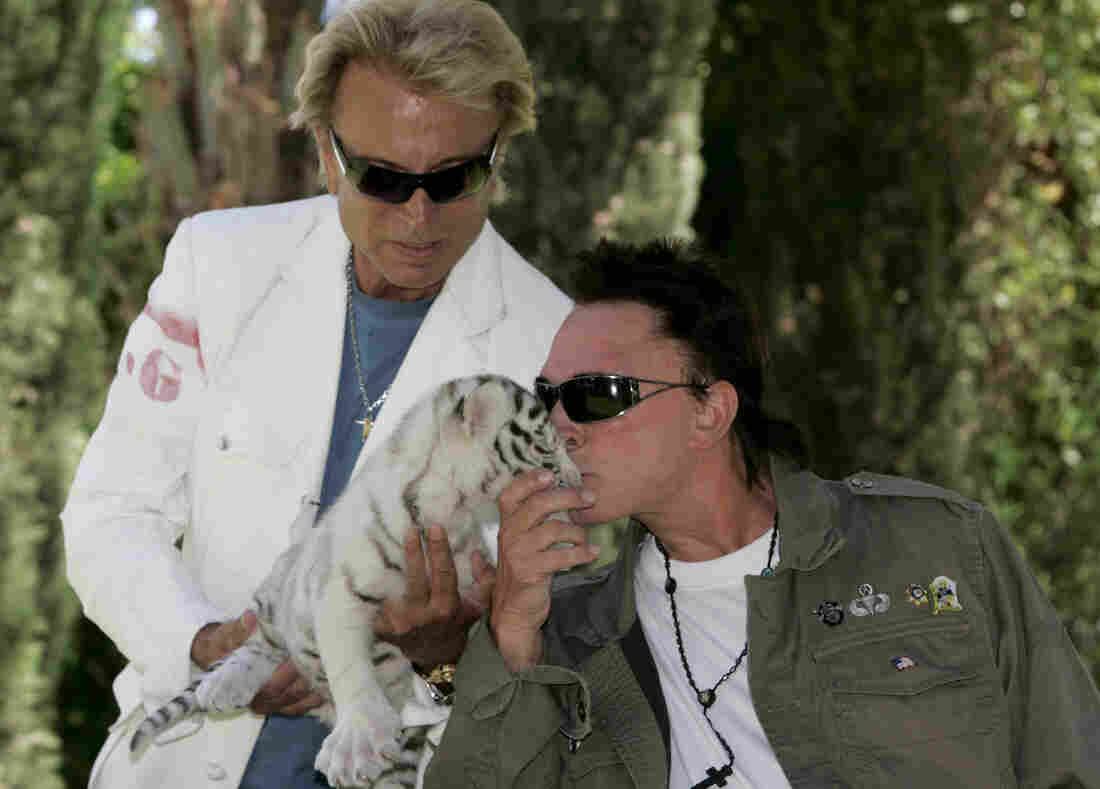 Roy Horn kisses a tiger cub at his Las Vegas home with Siegfried Fischbacher in 2008. Horn, who survived a tiger mauling in 2003, died on Friday of complications related to COVID-19. Louie Traub/AP hide caption 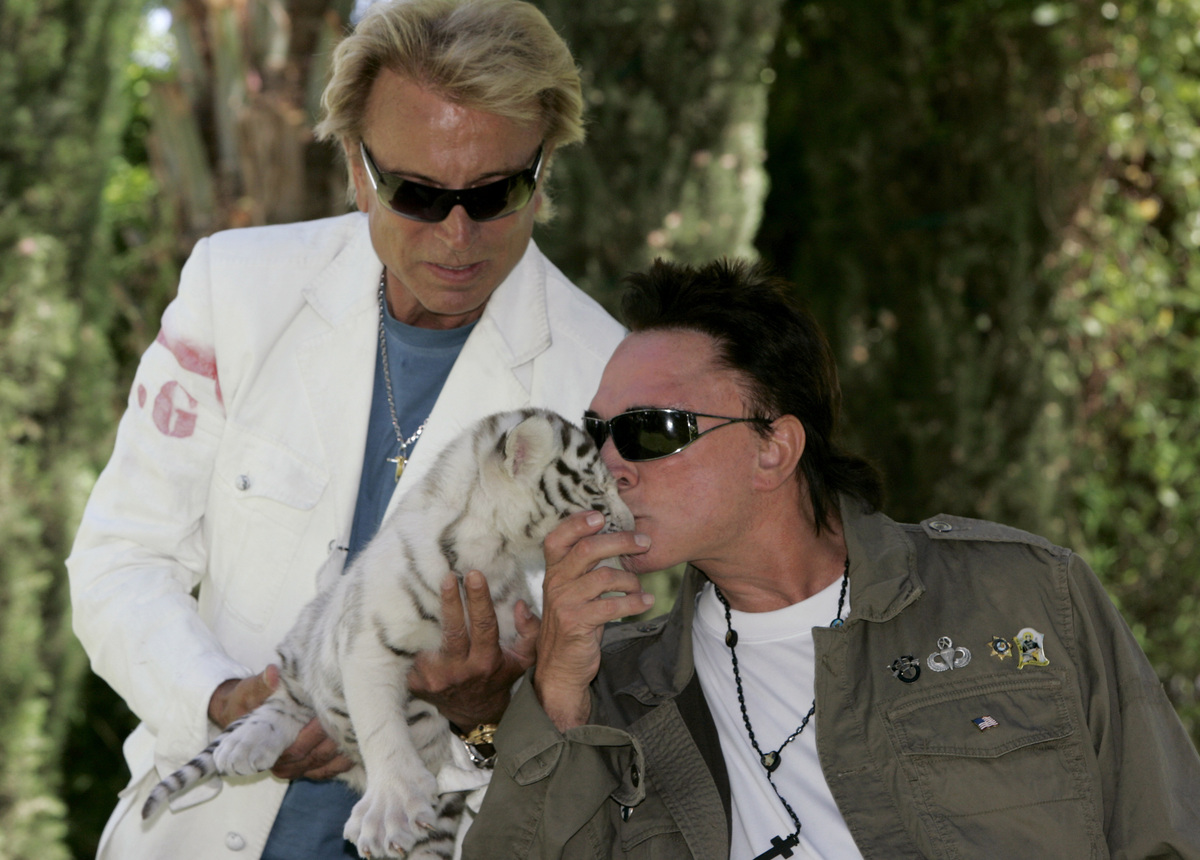 Roy Horn kisses a tiger cub at his Las Vegas home with Siegfried Fischbacher in 2008. Horn, who survived a tiger mauling in 2003, died on Friday of complications related to COVID-19.

"The world has lost one of the greats of magic, but I have lost my best friend," Siegfried Fischbacher said of his partner in a statement.

"Roy was a fighter his whole life including during these final days. I give my heartfelt appreciation to the team of doctors, nurses and staff at Mountain View Hospital who worked heroically against this insidious virus that ultimately took Roy's life."

Roy Horn was born in Germany in 1944. He and Siegfried began their act in Las Vegas in 1967. In 1989 they began a 14-year run at the Mirage Resort performing illusions with exotic animals, making tigers, lions, even elephants vanish and reappear.

In October of 2003, Roy Horn was performing with a 400-pound white tiger named Mantecore when the great cat grabbed him by the throat before a stunned audience and dragged him offstage. Horn suffered a stroke and paralysis.

The US Department of Agriculture investigated the incident and produced a 233-page report. But it did not determine why the tiger acted as it did. As USDA spokesman Jim Rogers told NPR's Steve Inskeep in 2005, "We do try to understand why animals in this situation may turn on a trainer... There have been cases in the past where it was something as simple as somebody turning their back on an animal or changing a costume without allowing the animal to become familiar with it. In this instance, I don't believe there was a reason that we determined for the animal turning on Mr. Horn."

Horn survived and partially recovered, returning to the stage with the same cat for one performance in 2010. He has insisted the tiger was reacting to the stroke and acting to save him and not the other way around. A statement from the duo's publicist says Roy referred to Mantecore as "my lifesaver."

Said Siegfried Fischbacher on Friday: "Roy's whole life was about defying the odds."