Accessibility links
Unemployment Numbers 'Will Get Worse Before They Get Better,' Mnuchin Says : Coronavirus Updates Asked Sunday whether the nation's true unemployment rate was close to 25%, Treasury Secretary Steven Mnuchin responded, "we could be."

Unemployment Numbers 'Will Get Worse Before They Get Better,' Mnuchin Says

Unemployment Numbers 'Will Get Worse Before They Get Better,' Mnuchin Says 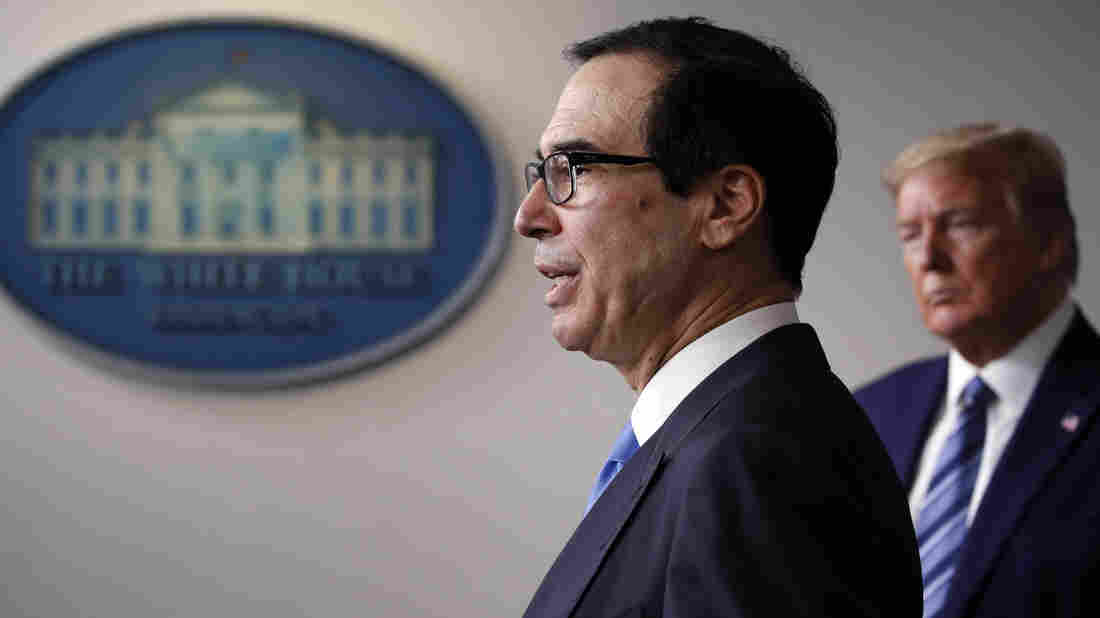 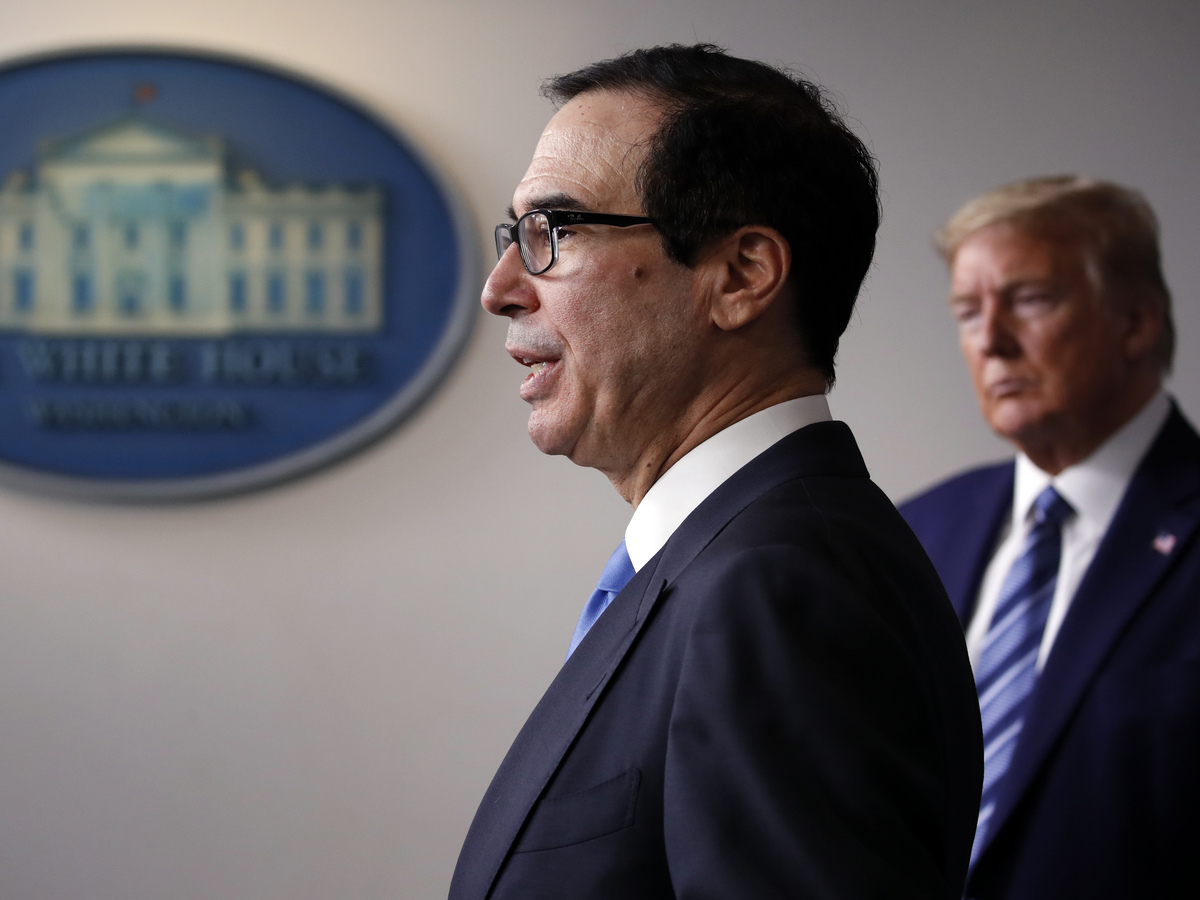 The worst of the nation's historic job losses are yet to come, according to Treasury Secretary Steven Mnuchin, who told Fox News Sunday that "the reported numbers are probably going to get worse before they get better."

Mnuchin's comments followed Friday's report from the Labor Department showing the U.S. lost a staggering 20.5 million jobs in April, bringing the jobless rate to its highest level since the Great Depression — 14.7%.

But even that figure fails to account for the millions of workers who have stopped searching for jobs or those considered "underemployed."

Asked by host Chris Wallace whether the nation's true unemployment rate was close to 25%, Mnuchin responded, "we could be."

Two weeks ago, Mnuchin's outlook was more optimistic — he told Wallace that the economy would reopen through June and "bounce back" over the summer. On Sunday, he said the economy would "have a better third quarter," followed by "a better fourth quarter, and next year is going to be a great year."

The Trump administration is considering additional stimulus measures, including a payroll tax cut, according to Mnuchin, who also said on Sunday, "We're not gonna do things just to bail out states that were poorly managed." But he said the White House would wait a "few weeks" before considering another relief bill.