Accessibility links
Factories In Syria Ramp Up Production Of Hydroxychloroquine Amid Soaring Demand : Coronavirus Updates "Hydroxychloroquine is included in the [Syrian] national case management guidelines for COVID-19," though there's no evidence that it's effective, a World Health Organization representative tells NPR.

Factories In Syria Ramp Up Production Of Hydroxychloroquine Amid Soaring Demand

Factories In Syria Ramp Up Production Of Hydroxychloroquine Amid Soaring Demand 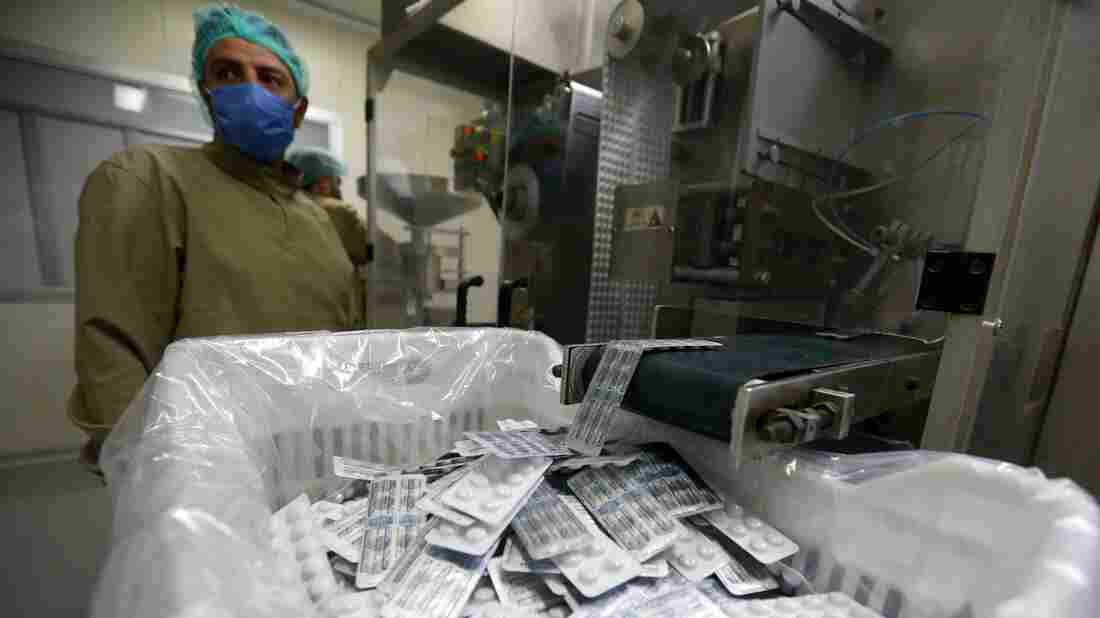 An employee of a Syrian pharmaceutical factory works on the production line of the hydroxychloroquine drug on April 28, in the government-controlled city of Homs. Louai Beshara/AFP via Getty Images hide caption 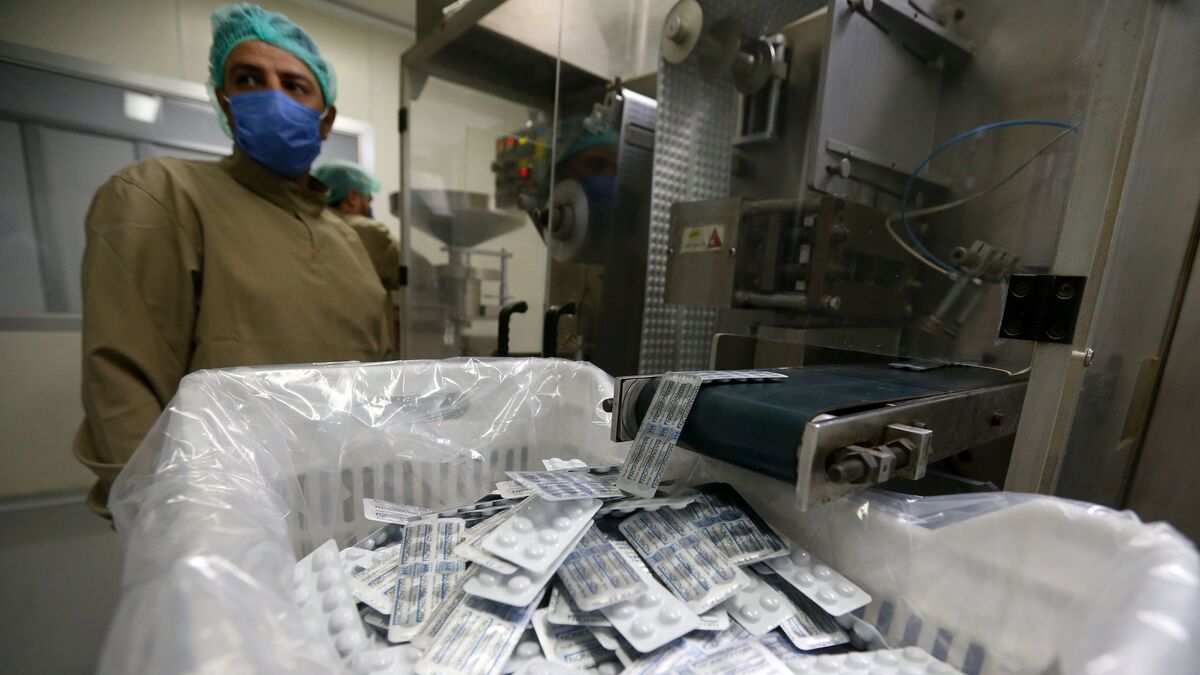 An employee of a Syrian pharmaceutical factory works on the production line of the hydroxychloroquine drug on April 28, in the government-controlled city of Homs.

Factories in Syria are producing a drug aggressively promoted by President Trump as a possible "game-changer" in the fight against COVID-19, despite a lack of evidence that it can cure the disease.

The Challenges Of Preparing For Coronavirus In Syria

Three Syrian pharmaceutical companies are producing hydroxychloroquine, as well as the antibiotic azithromycin — and other drugs that are still being tested — to combat the illness, according to the World Health Organization representative in Syria.

"Hydroxychloroquine is included in the [Syrian] national case management guidelines for COVID-19, even though there is no evidence that it offers any positive outcome in the treatment of COVID-19," Dr. Akjemal Magtymova tells NPR via email.

President Trump heralded anecdotal reports and early studies showing chloroquine and its derivative, hydroxychloroquine, could be an effective treatment. At a press conference last month, he urged Americans to take it, asking, "What do you have to lose?"

While trials are ongoing, health experts warn there is insufficient evidence that hydroxychloroquine is effective against COVID-19. (The drug is effective in treating malaria, rheumatoid arthritis and lupus). There is also a risk of serious side effects, including liver damage and heart failure. The WHO does not recommend any specific treatment for COVID-19.

After Reverse On Hydroxychloroquine Export Ban, India Says 'Only Meeting The Demand'

Nonetheless, in Syria, as in some other countries, demand for hydroxychloroquine has soared. While the official cost is 6,800 Syrian pounds (less than $10) per box, the drug sells for as much as $100 on the black market, according to AFP.

One factory on the outskirts of the central city of Homs has reportedly produced 12,000 boxes of 30 pills each, with a plan to manufacture 40,000 more boxes in the coming days.

The Syrian government has imposed a rigid lockdown on the parts of the country it controls. The Ministry of Health has confirmed 47 cases of COVID-19 and three registered deaths, but health experts note the virus may already be more widely spread than these figures suggest.

Syria is woefully unequipped to cope with a serious outbreak. Nine years of conflict have damaged or destroyed almost half its hospitals and primary health care centers, according to the WHO. Thousands of health professionals have fled the country.

"These sanctions definitely undermine the United Nations' calls for solidarity and cooperation against the COVID-19 pandemic," she says.

Syria's health sector is not directly targeted by economic sanctions but is indirectly affected by sanctions on other sectors, which are "preventing the large-scale procurement of supplies and equipment for the response," Magtymova says, including ICU beds and ventilators.

"Financial transactions are very difficult, as are imports and exports," Rashid al-Faysal, who owns the factory in central Homs that produces hydroxychloroquine, told AFP. He said he had to take "the biggest risk I have ever taken in my life" to procure the components for the drug, but didn't want to specify what they were.