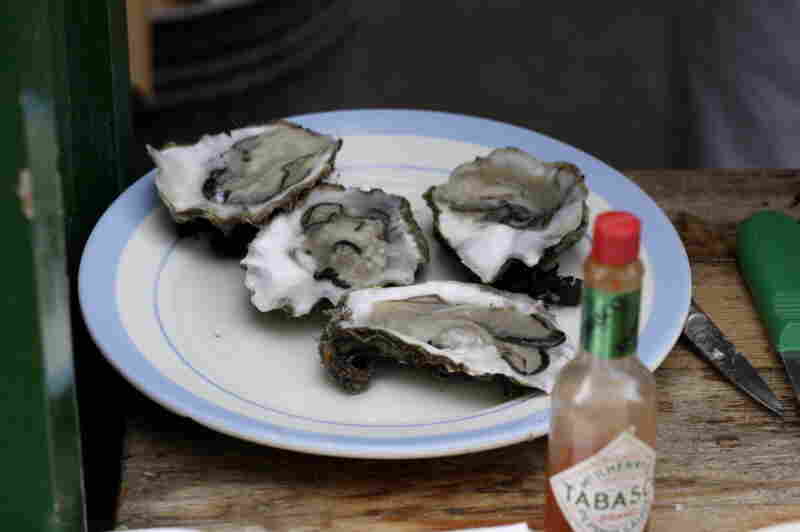 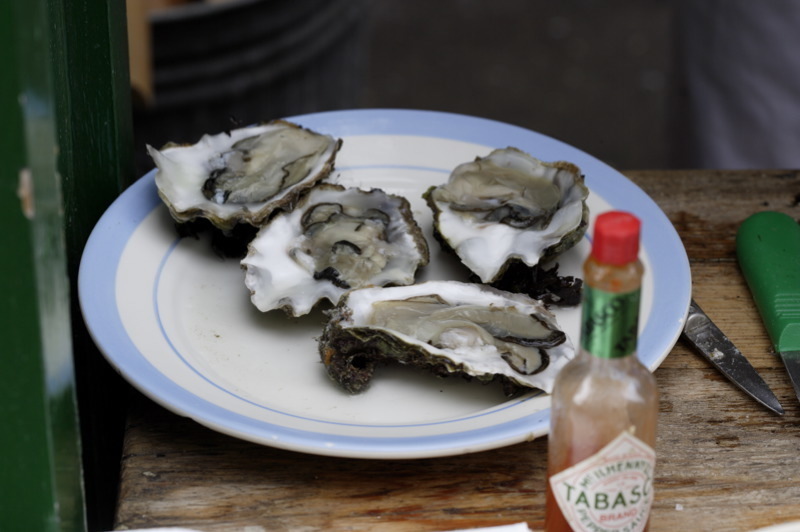 As sales to restaurant clients dried up, oyster farmer Peter Stein had to adapt or perish. Now, he's delivering oysters directly to individual customers — doing about 20% of his usual business.

Peter Stein is an oyster farmer and owner of Peeko Oysters in Long Island, N.Y., which has supplied such storied New York eateries as Gramercy Tavern and Le Bernardin.

But as the restaurants that make up Peeko's client base closed up shop due to coronavirus, Stein — like many other business owners — was faced with a choice to adapt or perish.

He wondered whether he'd be able to sell enough oysters through door-to-door delivery to get by.

"I wasn't sure whether or not it could be anything other than what a college student might call beer money," says Stein. "So I started to ask around like, 'Hey, would you be interested in oysters?'"

Turns out, people were. In March, he began delivering to friends and family, who spread the word through Facebook and neighborhood message boards. Now, Stein delivers to 30 to 40 customers a day, mainly in Manhattan and Brooklyn.

Smiling through it all! Our fearless leader made FIFTY FIVE deliveries all over Brooklyn today. This massive effort comes in the eighth week of our Doorstep Delivery program, only made possible by Pete's 4:00am wakeups and long nights at the computer. ⠀ ⠀ This is hard work incarnate, a small business owner working his tail off to make ends meet and keep his community in high spirits. Thank you to all our customers who have participated in the Doorstep Delivery program thus far, and for everyone who has supported us throughout this period of uncertainty. And cheers to you, Pete, on a job well done!⠀ ⠀ - The Peeko Marketing Team 😉⠀ ⠀ #NYTOUGH⠀ #SAVERESTAURANTS

One of those customers, Taylor Ray, thinks the appeal of home-delivered oysters isn't just their taste, but the chance for people stuck in the house to try something new.

"It's experiential," says Ray, who lives in Brooklyn. "You need gloves and you need a shucking knife — it's a project."

Despite growing interest, Stein is skeptical that a direct-to-consumer model will change either his business — or the food supply chain — for good.

Driving 200 to 300 miles a day to distribute oysters a few dozen at a time is "a very expensive way of doing business," Stein says. His current sales to individuals are only 20% what they were to restaurants.

But his goal for the time being isn't profit, Stein says, but rather to keep Peeko up and running, which in turn filters into the economy at large.

"You keep cash flowing [and] it cycles around, right?" he says. "You pay your electric bill, that bill eventually comes back to me as a farmer, because somebody at the electric company gets paid, and they bought oysters."

And if his new business model does outlive the coronavirus, Stein is guaranteed at least one loyal customer.

"Had I known that an option existed to have a dude drive up in a pickup truck and hand me fresh oysters he had harvested that morning, I would have done it in a heartbeat," says Taylor Ray. "If Pete keeps this up, I'm going to be a repeat customer of his."