Accessibility links
MLB Owners Propose Opening Day In Early July : Coronavirus Live Updates Major League Baseball owners will submit a proposal to the players' union to start its 2020 season in July without fans. If the proposal is approved, spring training would start in early to mid-June. 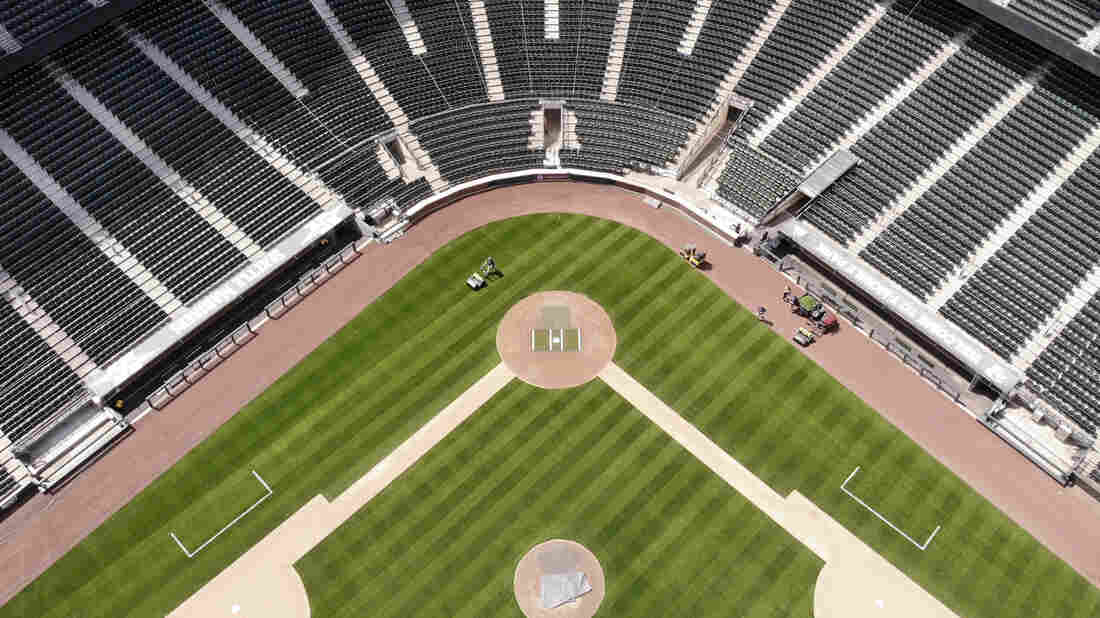 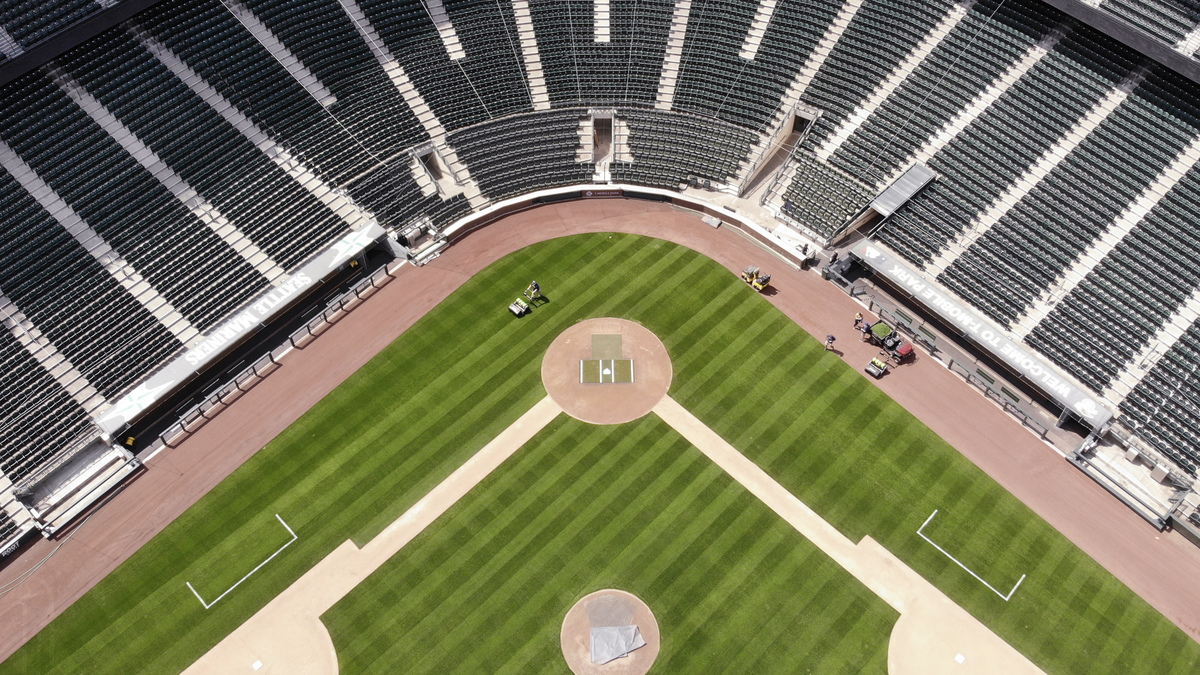 Grounds crews maintain the field at an otherwise empty Seattle Mariners' ballpark on Monday, May 11, 2020.

Major League Baseball owners will submit a proposal to the players' union to start its 2020 season in July without fans.

If the proposal is approved by the baseball players' union, Opening Day would take place around July 4 weekend and spring training would start in early to mid-June.

Teams would play around 82 games in the regular season compared to the standard 162 games and would only play opponents in their own division or teams in the same geographic area. The proposal would also expand the playoff pool from 10 to 14 by adding a wild card match-up in each league.

Washington pitcher Sean Doolittle voiced concerns on Twitter over how exactly the League would implement safety protocols, such as testing and quarantining.

Hopefully these concerns will be addressed in MLB's proposal, first and foremost: 1) what's the plan to ethically acquire enough tests? 2) what's the protocol if a player, staff member, or worker contracts the virus? We want to play. And we want everyone to stay safe.

According to a source with knowledge of the plan, the July restart proposal lays out health and safety protocols for players and other employees attending games.

MLB owners are expected to meet with the players' union on Tuesday, where there is likely to be debate on the proposal details. In particular, part of the plan would reportedly require players and teams to share game revenues 50-50, a historic first in Major League Baseball that will likely be an obstacle in negotiations.

Because of the pandemic, players have already taken salary cuts and last month union leader Tony Clark told the Associated Press that part of the League negotiations "was over."

The plan reportedly factors in fans attending games in person at some point, potentially starting out with small crowds and gradually increasing the number of people allowed in stadiums.

But any scenario where spectators could watch games in-person would depend on the ability for large gatherings to occur, at the federal, state and local level.

In his daily press briefing on Monday California Gov. Gavin Newsom responded to a question on the MLB July restart date and said he had spoken to baseball Commissioner Rob Manfred.

"He said we won't do anything that's inconsistent with state guidelines" Newsom said, adding, "We'll see where we will be in July."

Tom Goldman and Austin Horn contributed to this story.