Accessibility links
Coronavirus Infections Rise On Navajo Nation : Coronavirus Live Updates At least 100 people on the Navajo Nation have died from the virus and 3,122 people have tested positive. Several factors, including lack of running water, make the situation there difficult. 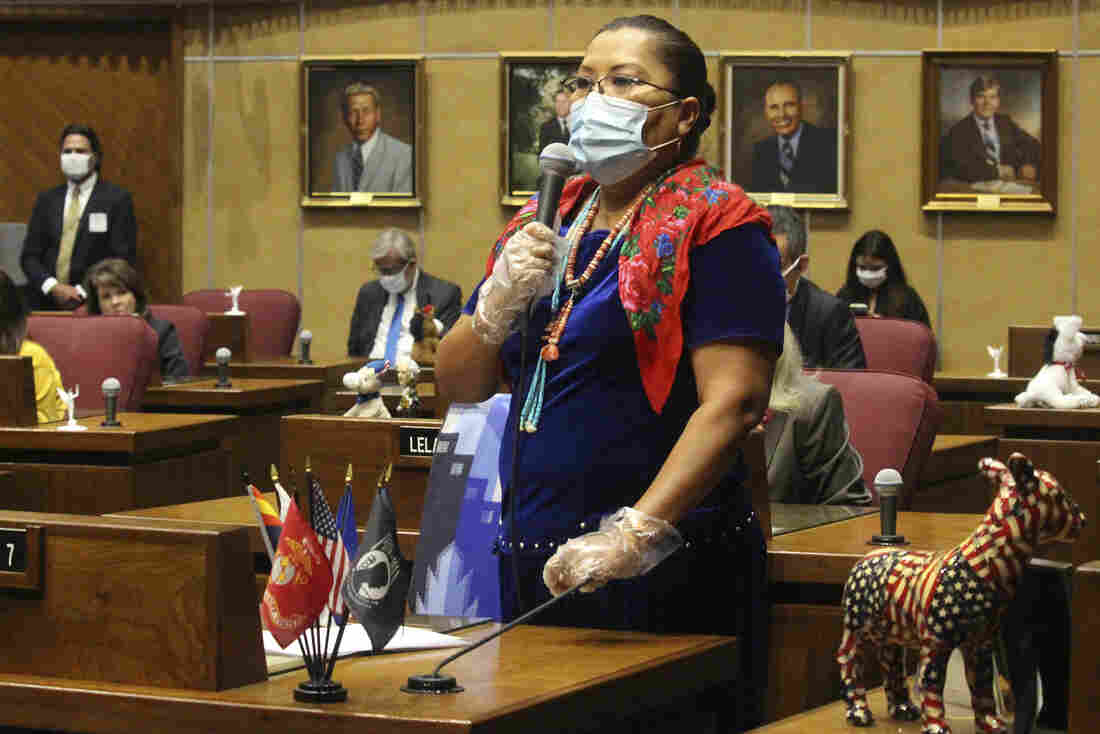 Democratic Arizona state Sen. Jamescita Peshlakai wears a mask as she tells member how the coronavirus has devastated the Navajo Nation, while urging members to approve a move to end the legislative session at the state Capitol in Phoenix on Friday. Bob Christie / AP hide caption 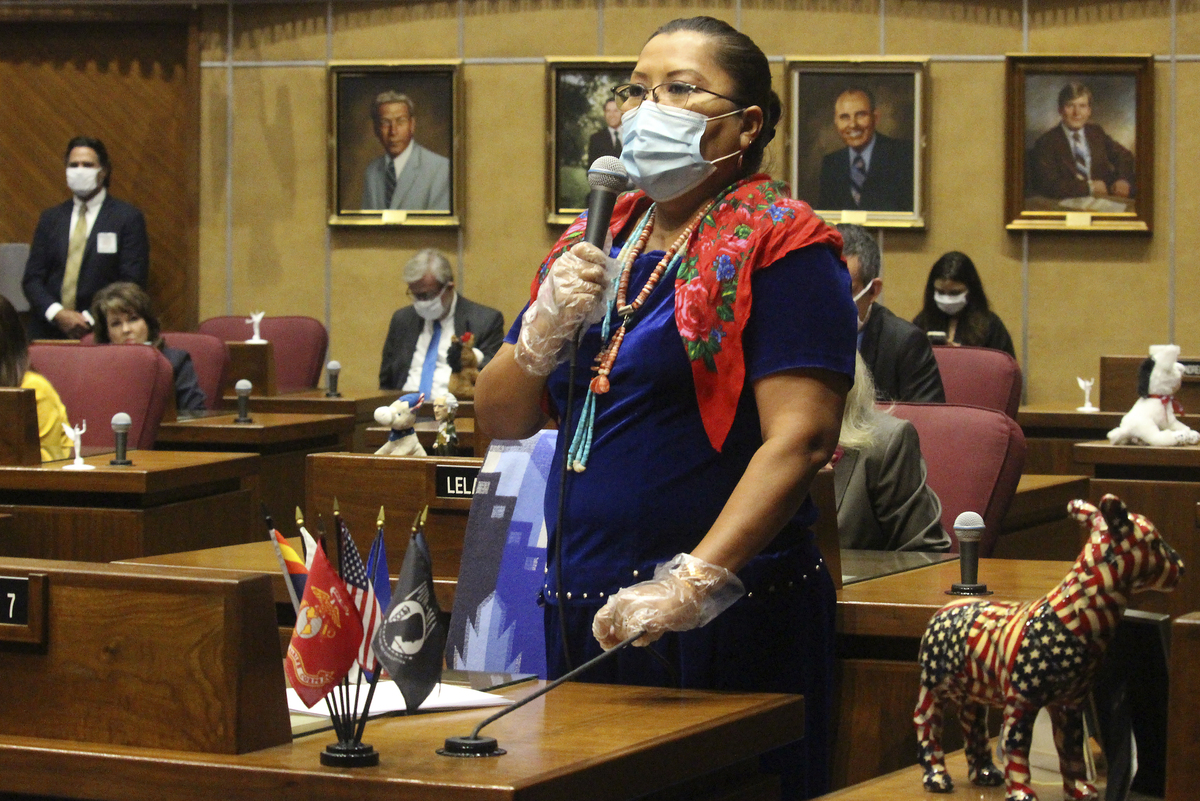 Democratic Arizona state Sen. Jamescita Peshlakai wears a mask as she tells member how the coronavirus has devastated the Navajo Nation, while urging members to approve a move to end the legislative session at the state Capitol in Phoenix on Friday.

If the Navajo Nation were a state, it would have the highest rate of coronavirus cases per capita after New York. At least 100 people have died from the virus and 3,122 people have tested positive.

On March 4, the Navajo Nation president cautioned its citizens to limit their travel. But a few days later, doctors say, a man who had been at a basketball tournament in Tucson brought the virus to a tiny church in Chilchinbito. In response to COVID-19, dozens of people drove hours from all over the region to gather and pray. Afterward, they returned to all parts of the reservation unwittingly bringing the virus home with them.

One of the problems leading to this sort of spread is communication. Cellphone service is spotty on the reservation. Sixty percent of Navajo lack Internet access, according to the Navajo Tribal Utility Authority. That means the majority of the tribe cannot get regular announcements from public health officials or tune in to regular Facebook Live town halls with the Nation's president.

One of the few mass media outlets on the reservation is radio station KTNN, where operators broadcast in Navajo and where Navajo leaders give regular coronavirus updates. But that communication has not been enough to stop the rise of infections.

Over 30 percent of the tribe lack clean running water. Another 30 percent don't have electricity. Before the coronavirus outbreak, half the tribe was unemployed. The situation has worsened in recent weeks.

The Navajo Nation is a food desert, with only 13 grocery stores in an area approximately the size of West Virginia. Many communities rely on just one store, so people mingle from distant locations while buying food. For example, if the community of Shonto had no infections and someone there traveled to the market in Kayenta where people from Chilchinbito also shop, they could easily go home with more than their groceries — they could become infected with the coronavirus.

Given that the Navajo Nation is 27,000 square miles — seven people per square mile — social distancing may seem easy. But while the population is spread out, multiple generations often live under one roof or within the same small group of homes. Isolating a loved one, especially if they are sick, simply isn't part of Navajo culture. That culture has also rallied to raise over $3.5 million to deliver food boxes to the elders and the immunocompromised during the public health crisis.

When it comes to health care, the Indian Health Service has been drastically underfunded for decades. Take Chilchinbito, home of the initial outbreak on the Navajo Nation. It has an emergency department, but no hospital. The sickest patients have been flown to hospitals in Albuquerque, Flagstaff and Phoenix. There are high rates of diabetes, asthma, cancer and other issues that make people on the reservation more vulnerable to the disease. Some of those health issues are the result of more than 500 abandoned uranium mines on the Navajo Nation.

But one thing tribal members keep coming back to is their resiliency. "Look at what happened to us as a people," President Jonathan Nez said in a recent interview. "We were taken out to Fort Sumner during the Long Walk. We almost got annihilated as a people. We persevered. We're utilizing our own resources. We're utilizing our own teachings and we're going to overcome this."