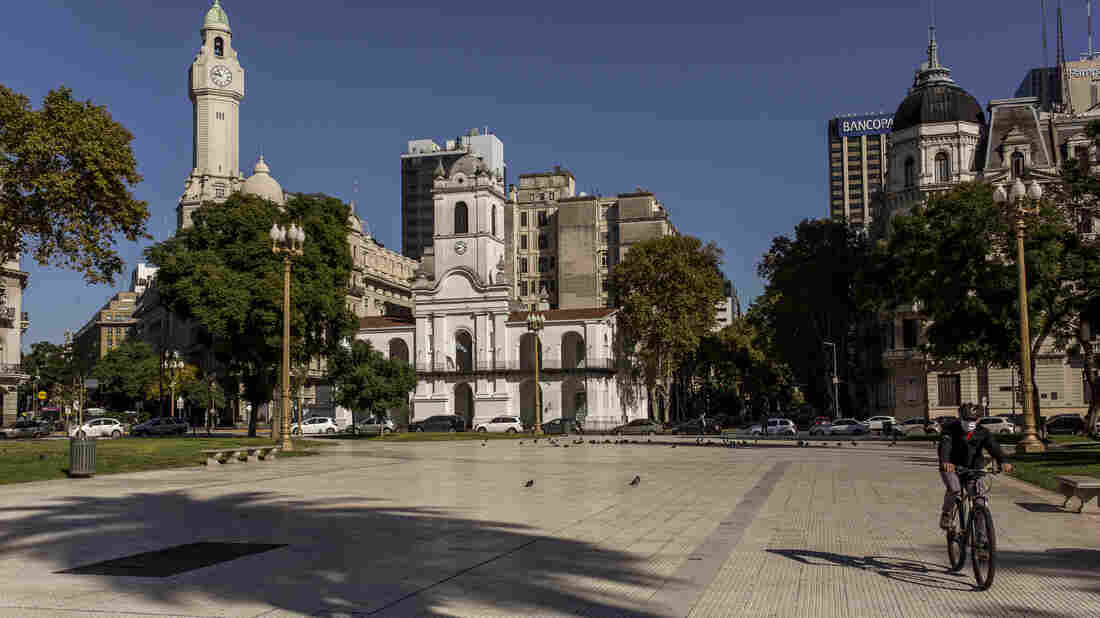 A cyclist crosses Plaza de Mayo in the center of Buenos Aires on April 30. Argentina is loosening its strict lockdown but keeping most restrictions in the capital in place. Bloomberg/Bloomberg via Getty Images hide caption 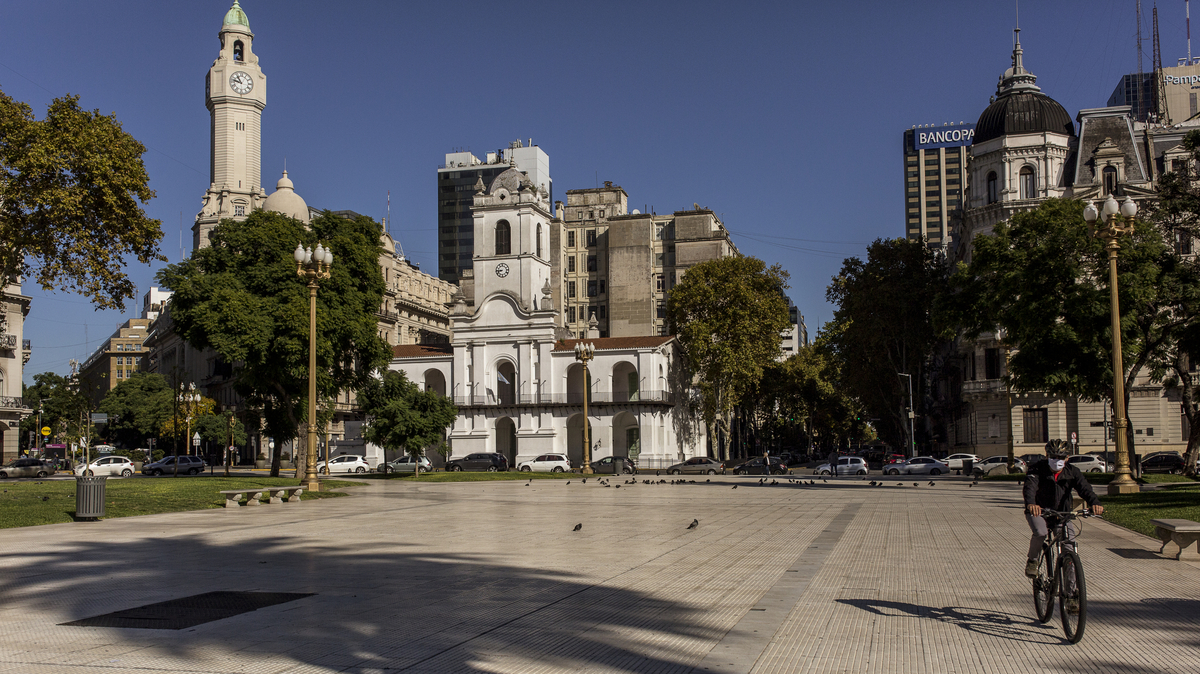 A cyclist crosses Plaza de Mayo in the center of Buenos Aires on April 30. Argentina is loosening its strict lockdown but keeping most restrictions in the capital in place.

Argentina is loosening the strict lockdown that helped secure one of the lowest death tolls from COVID-19 in South America.

Restrictions imposed more than seven weeks ago will remain in effect in and around the capital, Buenos Aires. The nation's borders and schools will stay closed, and public gatherings will still be banned. But Monday, the administration of President Alberto Fernández began allowing provincial mayors and governors to open up businesses and restore free movement if coronavirus case numbers remain low.

Argentina's success at containing the virus — it has recorded 6,278 cases and 317 deaths — is earning rare plaudits for a country better known for bare-knuckle politics and one of the world's highest inflation rates.

President Fernández, a former Cabinet chief, took office in December amid predictions he would be outshone by his better-known vice president, former President Cristina Fernández de Kirchner (no relation). However, a poll this month by Circuitos found 70.6% approval for the government's handling of the health crisis.

Argentina imposed a nationwide shutdown on March 20, when there were only 100 confirmed cases, explained Dr. Omar Sued, president of Argentina's Association of Infectious Diseases.

"We are very happy to be one of the countries with a lower number of deaths," he told NPR. Sued, who sits on a panel advising the president on the virus, said officials knew their underfunded health system would be quickly overwhelmed.

Sued remembers frightening predictions of what might happen in Argentina without any isolation measures. "The first estimate said that we could have 250,000 deaths if we do nothing," he said.

Argentina's performance stands in sharp contrast to the disaster unfolding in neighboring Brazil, where President Jair Bolsonaro has subverted social distancing. Even with a shortage of tests and bureaucratic delays, Brazil has confirmed more than 170,000 cases and more than 11,700 deaths.

Yet rough waters lie ahead for Argentina. Compounding the economic wreckage of the shutdown is the risk of default — its ninth since independence — if Argentina fails to agree on a plan to restructure $65 billion of its international debt by May 22.

Even before the virus hit, the country looked headed for a 2% drop in gross domestic product this year, says Daniel Montamat, a former government minister who runs a Buenos Aires consulting firm.

"Now the IMF [International Monetary Fund] is projecting around 6%," he said, "and some private consultants are projecting 8%."

Taming a pandemic may prove easier for Fernández than keeping Argentina's notoriously volatile economy from taking another nosedive.