Accessibility links
U.K. Extends Coronavirus Furlough Payments To Workers Through End Of October : Coronavirus Live Updates The U.K. program pays people idled by the COVID-19 pandemic up to around $3,088 a month. Some 7.5 million jobs have been furloughed. 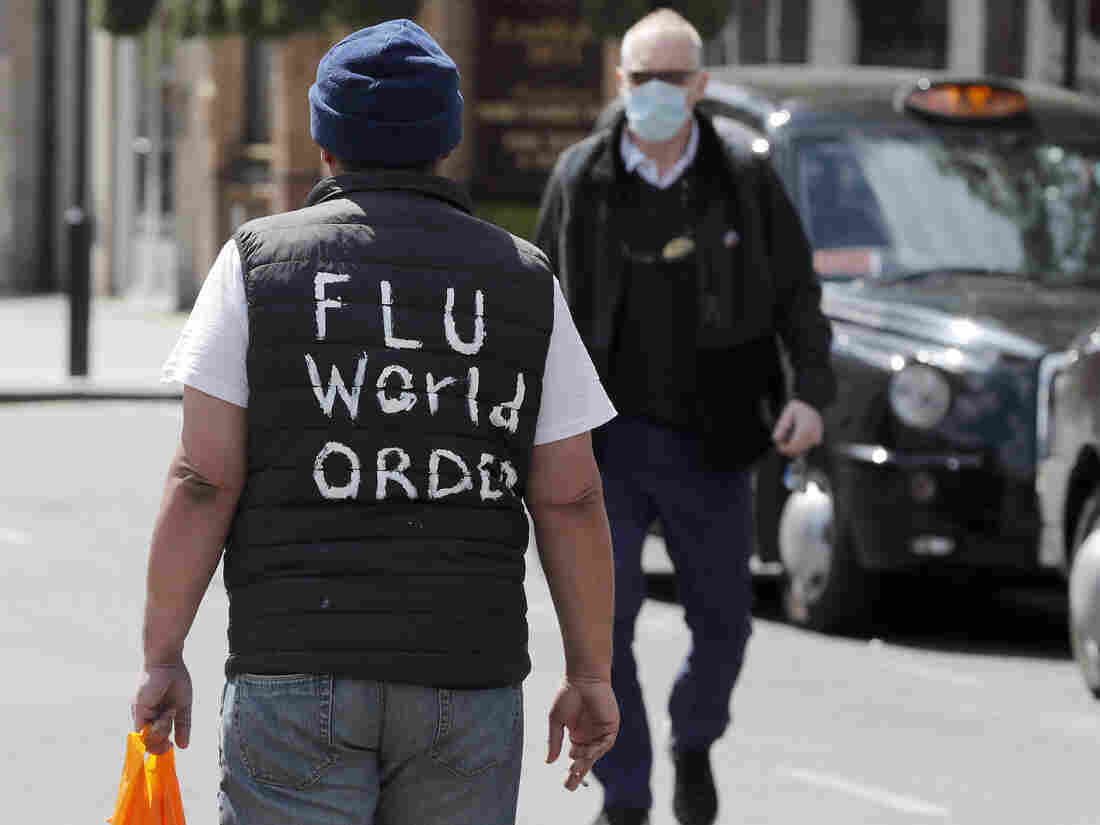 A man with "flu world order" written on his back walks in London on Tuesday, as the U.K. continues its lockdown. The U.K. is doubling the length of its worker furlough program, citing the need to help employees when the economy reopens. Frank Augstein/AP hide caption 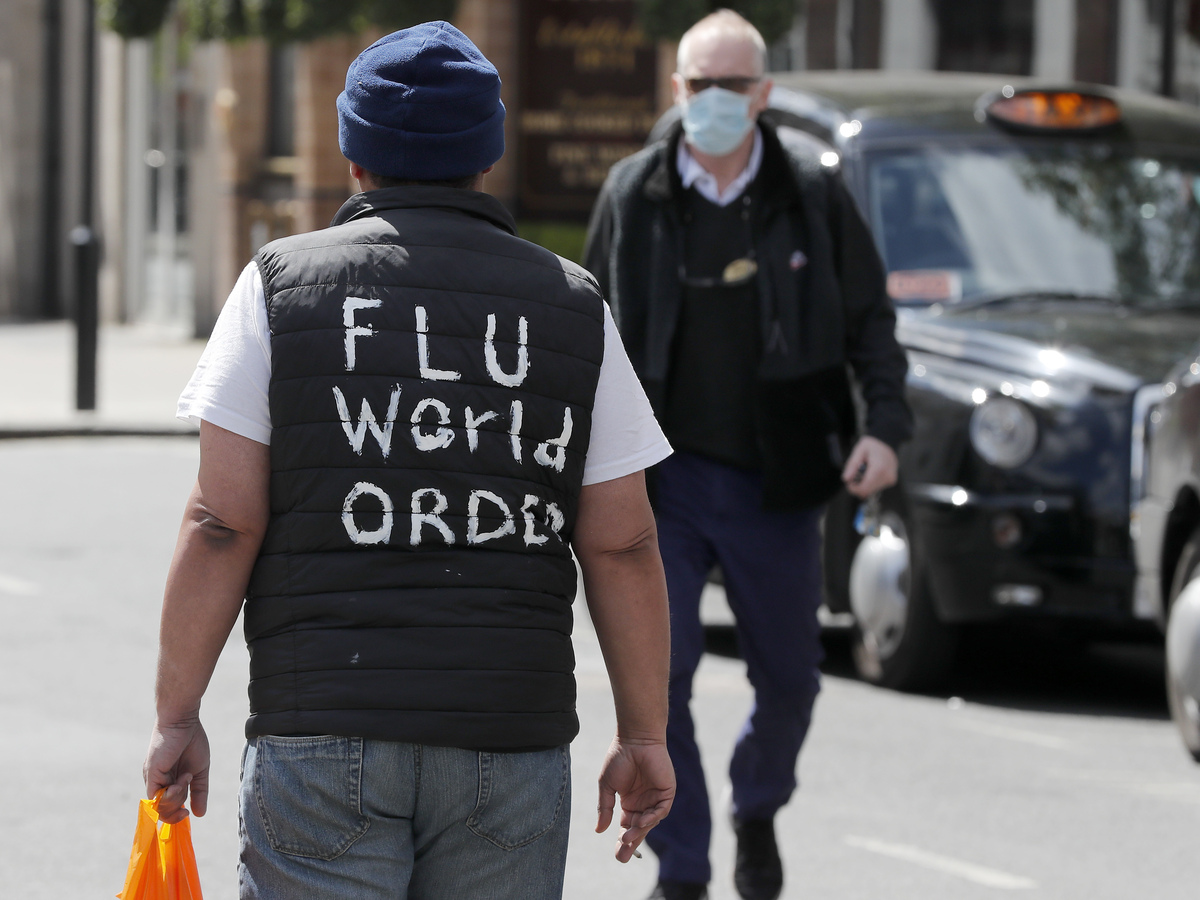 A man with "flu world order" written on his back walks in London on Tuesday, as the U.K. continues its lockdown. The U.K. is doubling the length of its worker furlough program, citing the need to help employees when the economy reopens.

The U.K. is extending a worker furlough program that pays people idled by the COVID-19 pandemic up to around $3,088 a month, as Chancellor of the Exchequer Rishi Sunak says the program will now run through the end of October. The government is doubling the original four-month timeline, he said, to support workers when the economy starts to emerge from a crippling shutdown.

"As we reopen the economy, we will need to support people back to work," Sunak said.

The U.K.'s Coronavirus Job Retention Scheme is similar to the beleaguered Paycheck Protection Program in the U.S. Both of them seek to preserve jobs, urging businesses to use furloughs to temporarily idle employees rather than resorting to mass layoffs. But unlike the U.S. program that — in theory, at least — targets small businesses, the U.K. program is open to all employers.

Some 7.5 million jobs in the U.K. have now been furloughed through the system — positions that could have simply disappeared if not for the government's intervention, Sunak told the House of Commons on Tuesday. For comparison, the government said earlier this year that the U.K.'s workforce had grown to a record of roughly 33 million people.

"We believe in the dignity of work," Sunak said, "and we are doing everything we can to protect people currently unable to work."

The U.K.'s unemployment rate is expected to more than double because of the coronavirus, from a recent 4% to 9% in the second quarter, the Bank of England warned last week.

News of the extension was welcomed by large union and business groups, with the British Chambers of Commerce praising its continued inclusion of all sectors. Stressing the program's importance, the BCC said more than 70% of the firms it surveyed have furloughed part of their staff.

The British system allows employers that furlough employees to use a government grant to cover 80% of the workers' normal monthly wages, up to 2,500 pounds a month. It also pays "the associated Employer National Insurance contributions and pension contributions ... on that subsidized furlough pay."

The U.K. program will continue in its current state through July. After that point, the government expects businesses to contribute to the cost of workers' payments. The furlough plan will also add more flexibility, including the ability of employers to bring workers back on the job part time, Sunak said.

Details about the extended plan will be announced at the end of May, Sunak said.

The chancellor announced the furlough extension one week before the U.K. is expected to release new unemployment numbers that will reflect COVID-19's impact on the economy.