Accessibility links
After A Spike In Infections, Lebanon Reimposes Strict Orders To Stay At Home : Coronavirus Live Updates The Middle Eastern country had relatively few cases and had relaxed its shutdown. Residents will be asked to avoid outings except for emergencies.

After A Spike In Infections, Lebanon Reimposes Strict Orders To Stay At Home

After A Spike In Infections, Lebanon Reimposes Strict Orders To Stay At Home 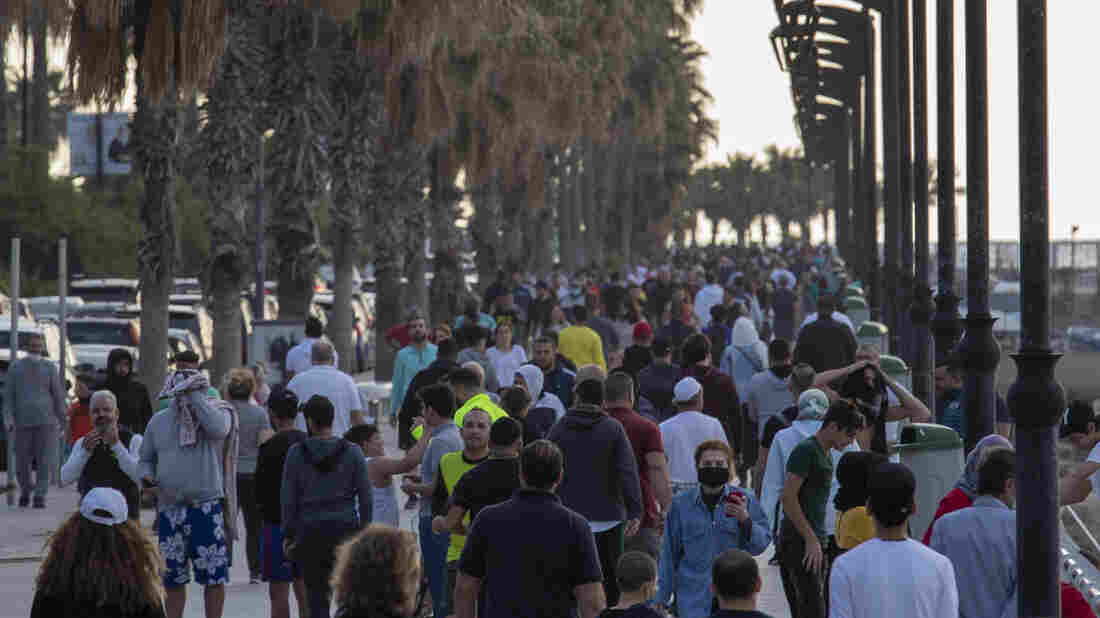 People walk and exercise at a promenade along the Mediterranean Sea during the coronavirus pandemic in Beirut on May 3. The Lebanese government has decided to reimpose restrictions after a rise in cases. Hassan Ammar/AP hide caption 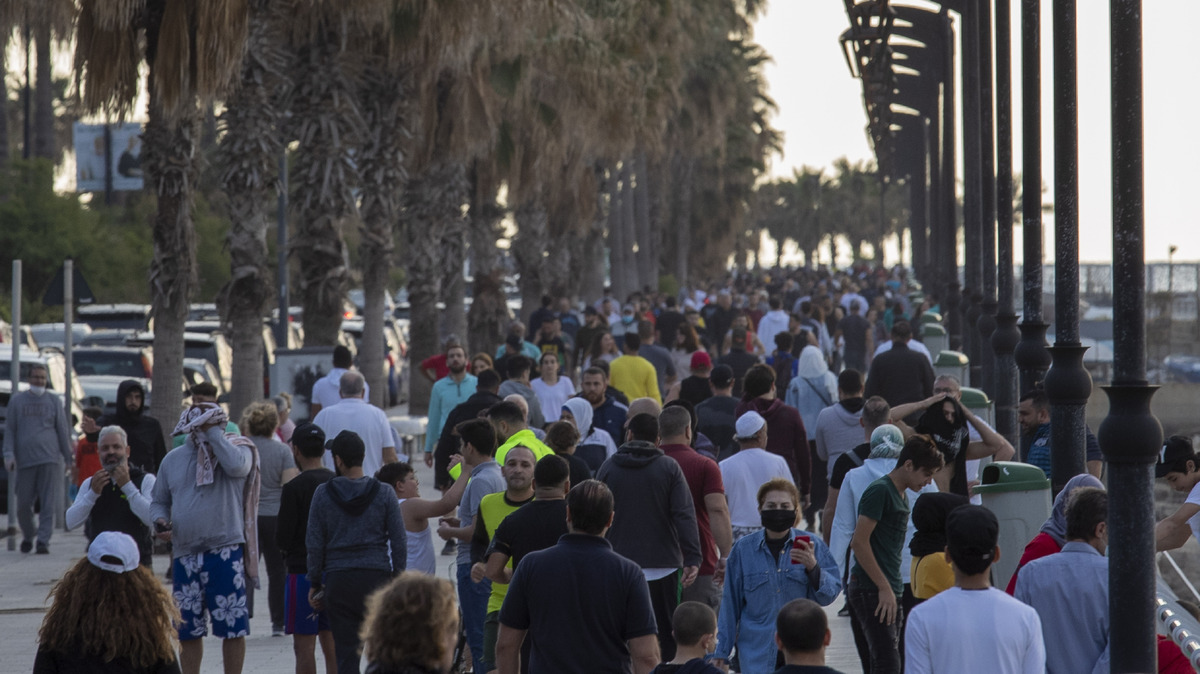 People walk and exercise at a promenade along the Mediterranean Sea during the coronavirus pandemic in Beirut on May 3. The Lebanese government has decided to reimpose restrictions after a rise in cases.

Lebanon is reinstating a national stay-at-home order for four days following a spike in the number of reported cases of the coronavirus.

Beginning Wednesday at 7 p.m., residents will be asked to avoid outings except for emergencies.

Speaking to reporters after the Cabinet decision Tuesday afternoon, Information Minister Manal Abdel-Samad said the government would use the four-day shutdown to conduct more tests for the disease and try to trace recent transmissions.

Lebanon had managed to limit the spread of the coronavirus by quickly imposing a national shutdown that saw residents mostly confined to their homes. A stringent nighttime curfew was also put into place. The country has reported only 26 deaths related to the virus.

Late last month, the government began a phased plan to allow a small number of businesses to reopen. These included beauty salons and some restaurants.

But after a few days when new cases remained in the single digits, the infection rate spiked this week. Saturday saw 36 new cases — a high figure for Lebanon, a country of about 5 million people, where the total number of confirmed infections is reported at 870.

Some of the new infections are among Lebanese nationals who were recently brought home from other countries, Health Ministry officials said. One flight had 25 infected passengers on board, according to Lebanon's Daily Star.

Local news reports said some repatriated citizens were failing to adhere to the quarantine policy and had spread the virus to others in the general population.

In Tuesday's Cabinet meeting, Lebanon's president, Michel Aoun, called on repatriated citizens to remain in self-isolation and to "abide by what is asked of them in order to avoid legal action."

This comes as the national carrier, Middle East Airlines, is set to continue repatriation plans to bring some 11,300 nationals back to the country.

These flights have already sparked controversy. Passengers posted videos on Twitter showing a flight on May 8 from London where people argued over their close seating, despite what they said were assurances from the airline that social distancing measures would be in place.

The renewed stay-at-home order comes as Lebanon is caught in a dire economic emergency that has been driving many residents into poverty.

The government is set to begin talks this week with the International Monetary Fund to discuss a bailout from the economic crisis.