Accessibility links
36.5 Million Have Filed For Unemployment Benefits In The Last 8 Weeks : Coronavirus Updates Nearly 3 million people filed for unemployment benefits last week, the Labor Department says. It's the latest grim sign of the economic damage from the coronavirus crisis. 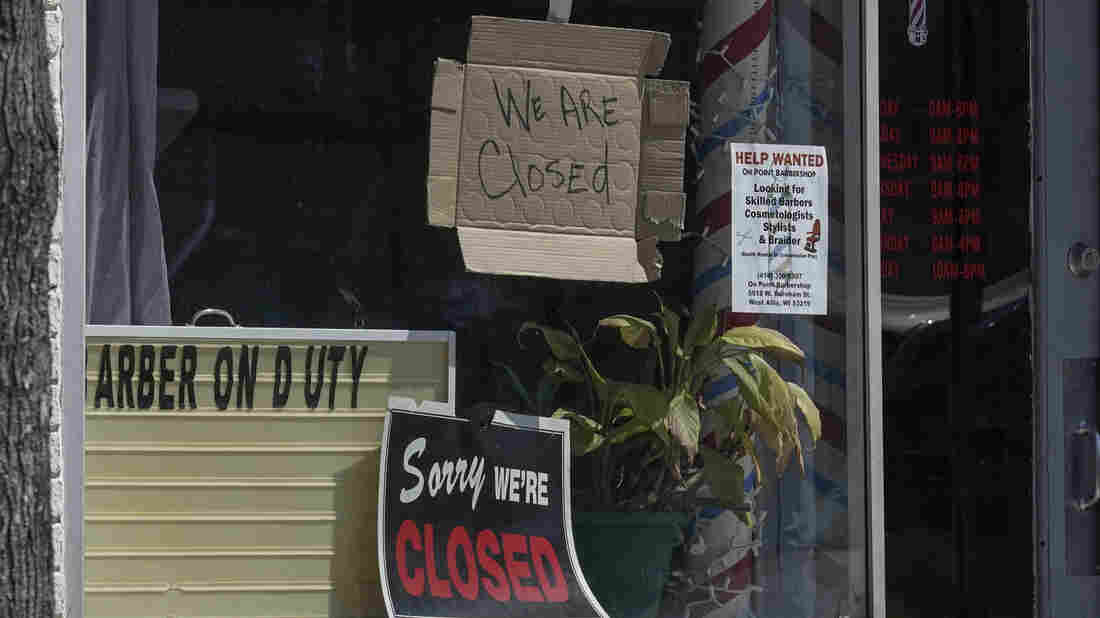 Closed signs are seen Wednesday in businesses in Milwaukee. The coronavirus pandemic has left millions out of work. Morry Gash/AP hide caption 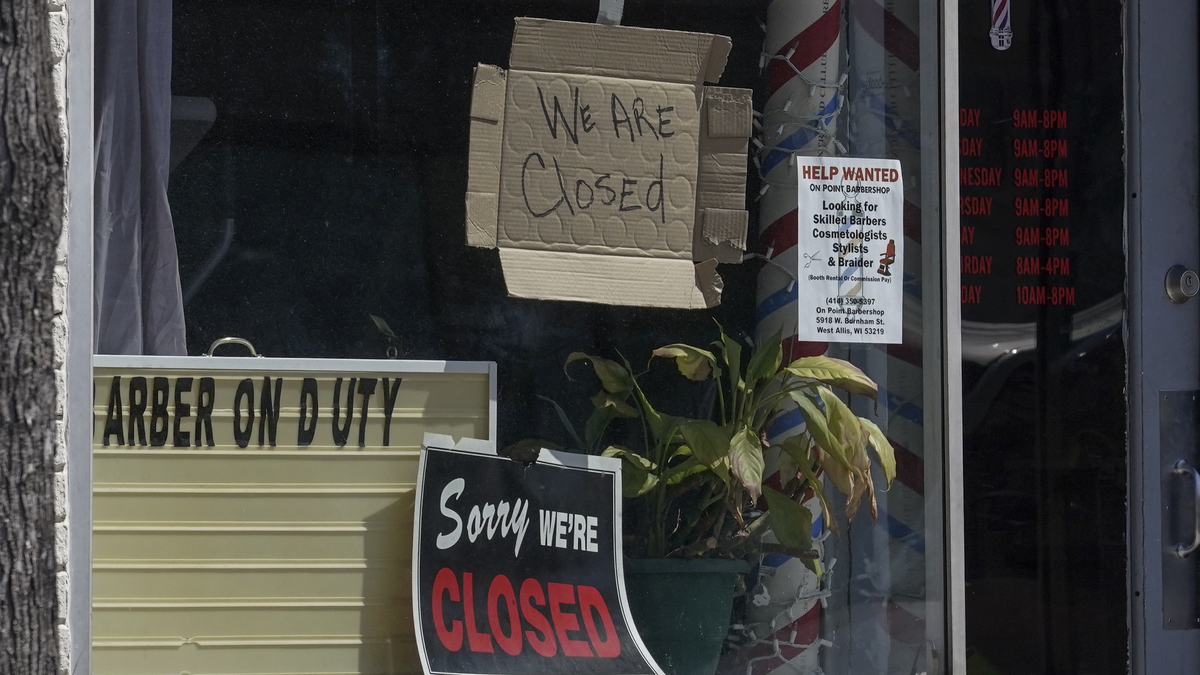 Closed signs are seen Wednesday in businesses in Milwaukee. The coronavirus pandemic has left millions out of work.

The number of people filing claims has been steadily dropping for weeks, since hitting nearly 7 million during one week in March. Still, claims remain at historically high levels, suggesting that the coronavirus isn't done pummeling the U.S. economy.

"Claims are slowly, stubbornly falling back toward a 'normal' level, but it is taking a frustratingly long time," says economist Thomas Simons of Jefferies LLC. "The outright level of continuing claims remains extremely disturbing."

The unemployment rate shot up to 14.7% last month — the highest level since the Great Depression. In February, before the coronavirus shutdowns took hold, unemployment was at a nearly 50-year low of 3.5%.

"The scope and speed of this downturn are without modern precedent, significantly worse than any recession since World War II," he said. A Fed survey found that nearly 40% of workers in households making less than $40,000 a year had lost a job in March, Powell noted.

The economy shrank at a 4.8% pace in the first quarter of 2020, but analysts are forecasting a double-digit drop in coming months.

Powell's comments sent stock prices plunging around the world, but they recovered somewhat on Thursday, with the Dow Jones Industrial Average finishing 1.6% higher. Banks and energy stocks were among those gaining.