Accessibility links
18 Counties In California Set To Further Relax Coronavirus Restrictions : Coronavirus Updates About a third of the state's counties have been certified to begin Expanded Stage 2 of California's four-stage process, which allows more types of businesses to reopen. 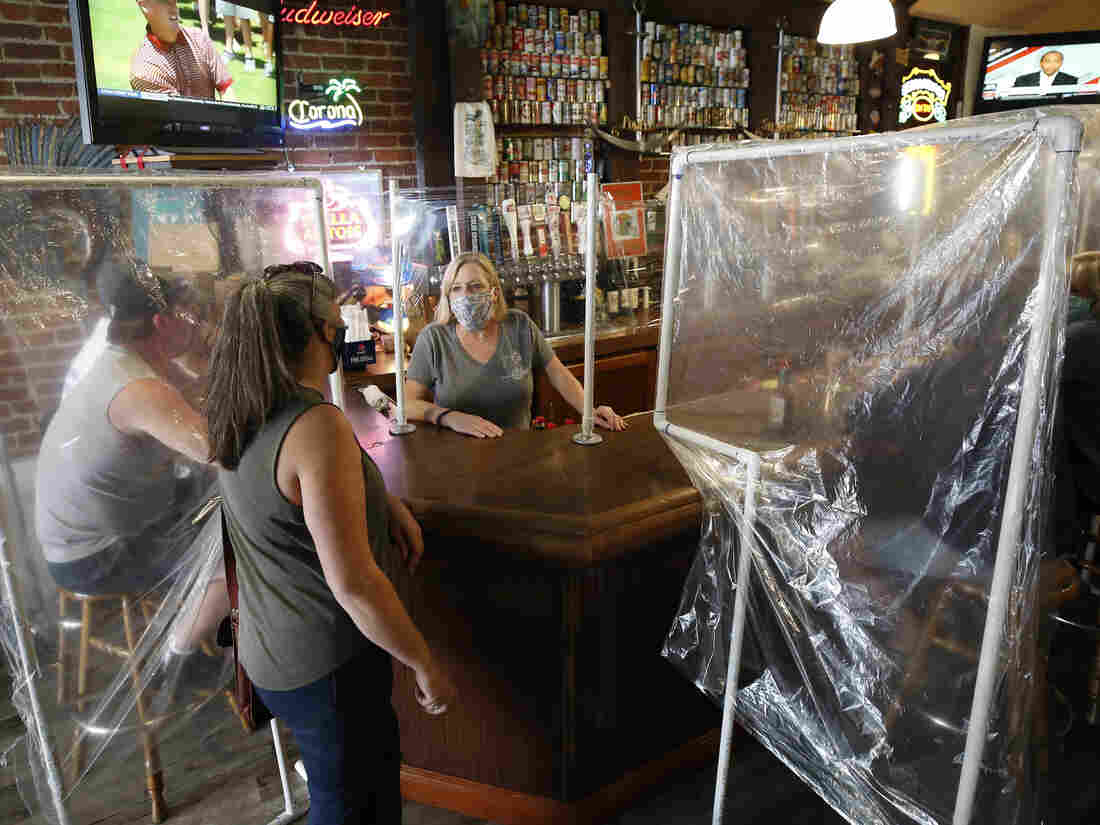 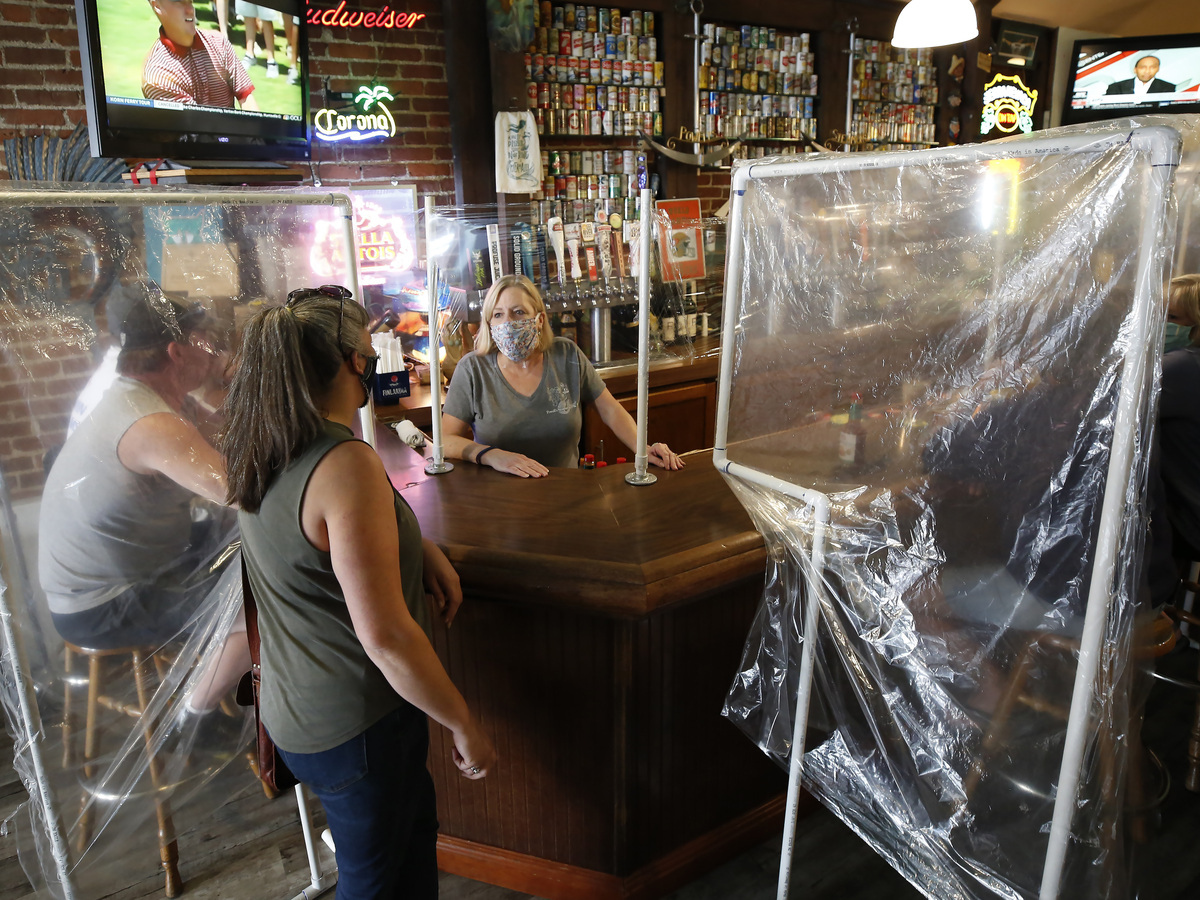 Powell's Steamer & Pub reopened to patrons on Wednesday. The pub is in Placerville, in California's El Dorado County, one area that's entered Expanded Stage 2 of reopening its economy.

Eighteen of California's 58 counties have received state approval to further ease coronavirus restrictions, but major population centers such as the San Francisco Bay Area are choosing not to relax stay-at-home orders for now.

As of Thursday, 18 counties are eligible to move to Expanded Stage 2 of California's four-stage reopening plan, according to the California Department of Public Health. They include Yuba and Sutter, counties that last week had moved to further ease restrictions without state approval.

"Again, one size does not fit all," California Gov. Gavin Newsom said at his Wednesday news briefing, when he announced 10 new counties had been approved to further relax restrictions. "California, I've said it many times, is many parts, one body, one state, one responsibility ... but each part of the state has different conditions."

Stage 2 still encourages residents older than 65 and those showing symptoms to remain at home, but it permits a two-step easing of restrictions. Last week, under Early Stage 2, retail businesses were allowed to reopen, but only for curbside pickup. Child care centers, manufacturing facilities, outdoor museums and offices that cannot operate remotely were also allowed to reopen.

Expanded Stage 2 allows a wide variety of businesses and venues to reopen if counties certify with the state they have met testing and other criteria. The 18 counties submitted documents — attestations — that they have met the state's requirements.

Dine-in restaurants, destination retail, community centers and schools are among the establishments allowed to reopen under Expanded Stage 2.

On Wednesday, Newsom acknowledged a potential pitfall of the state's piece-by-piece reopening strategy: Tourists could flock to newly opened areas.

To reopen for dine-in service, restaurants have to meet additional criteria set by the state, including screening patrons for symptoms, maintaining social distancing, requiring employees to wear face coverings and providing disposable menus.

As of Wednesday, dine-in restaurants had welcomed customers in Sutter, Placer, Modoc and Yuba counties.

Los Angeles County and counties in the San Francisco Bay Area have signaled they won't soon relax stay-at-home restrictions because of their still-high coronavirus figures.

In Los Angeles County, officials acknowledged on Tuesday that stay-at-home orders would extend through August but said they hoped to ease some rules if the infection and death numbers went down.

Overall, California infections and deaths have plateaued in recent weeks but have yet to see a meaningful decrease in numbers. Still, some rural areas like Lassen and Modoc counties have so far seen almost no coronavirus cases.