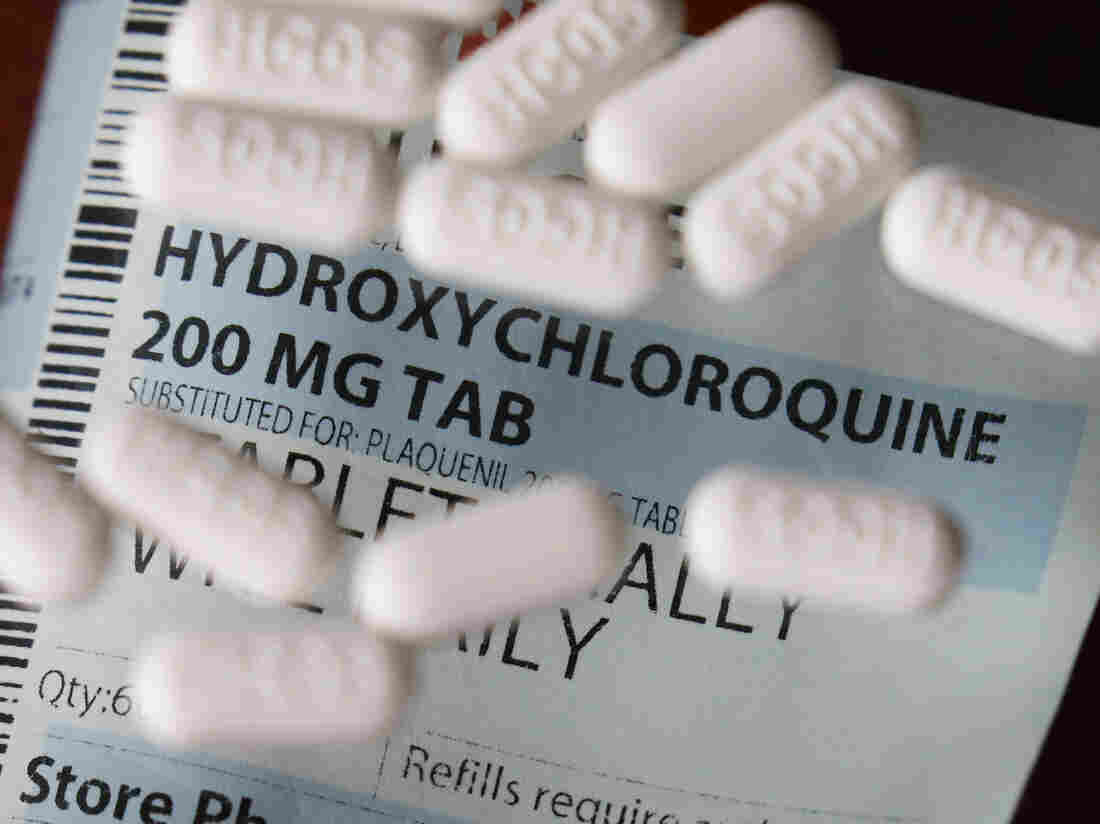 The online pharmacy HealthWarehouse said that of the 500,000 tablets requested in March, it only dispensed around 100,000 after screening. John Locher/AP hide caption 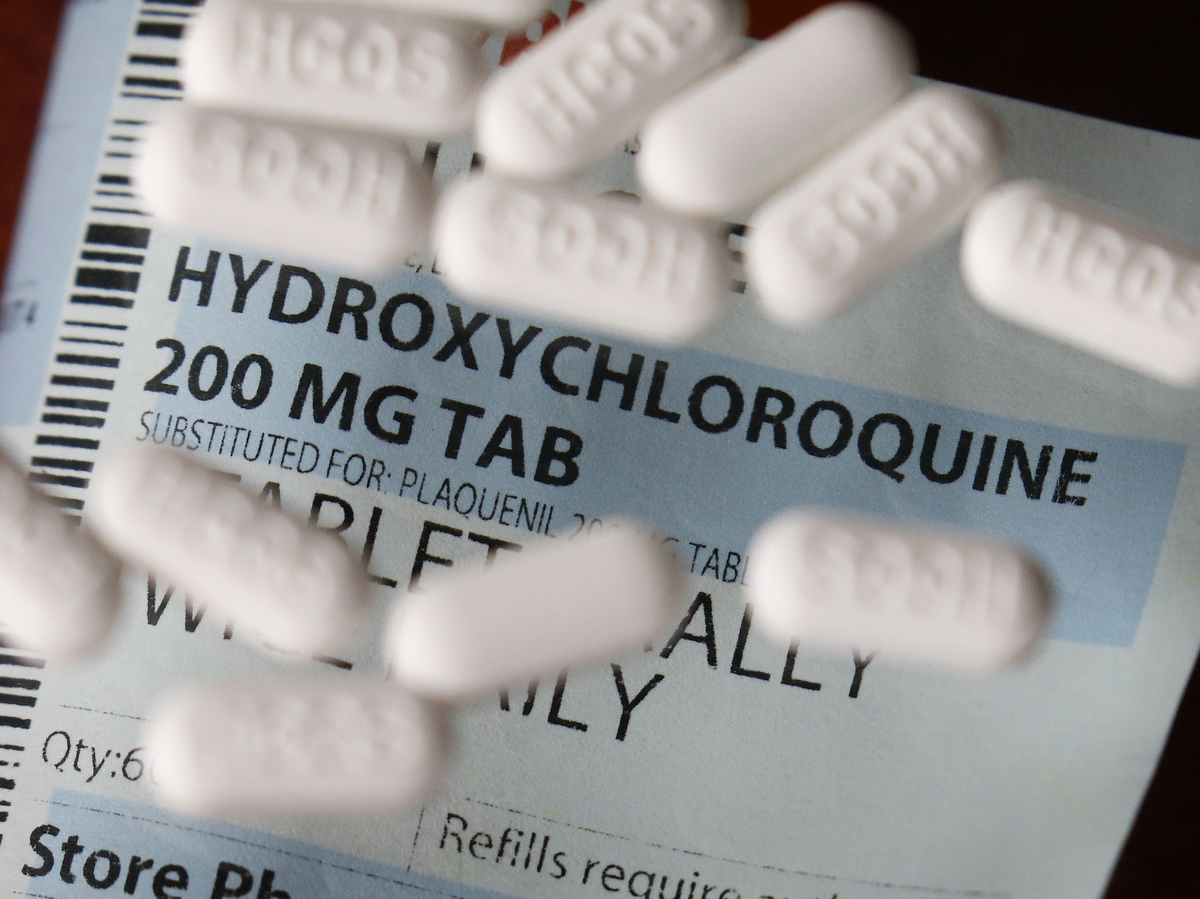 The online pharmacy HealthWarehouse said that of the 500,000 tablets requested in March, it only dispensed around 100,000 after screening.

In mid-March, when the unproven idea of giving coronavirus patients anti-malarial drugs emerged on social media and on Fox News, the online pharmacy HealthWarehouse said orders for hydroxychloroquine started to spike.

It was inundated with requests for the drug when President Donald Trump speculated later that month that in combination with another medication, hydroxychloroquine could be "one of the biggest game changers in the history of medicine." The president then repeatedly championed the drug.

The Food and Drug Administration has since put out a warning against using it for COVID-19. Hydroxychloroquine and the related drug chloroquine can cause serious abnormal heart rhythms that can be life-threatening.

But in March, when the enthusiasm for the unapproved treatment was rising, the Florence, Ky.-based business says that monthly demand for hydroxychloroquine went from around 10,000 tablets to 500,000.

HealthWarehouse's site is one of the first results to appear in a search of "buy hydroxychloroquine." It went down shortly after Trump first mentioned the drug, the company's business manager Ross Goetz tells NPR.

"Typically, prescribers are trained on how to analyze when you should and when you shouldn't use medication to treat an issue," Goetz, who first spoke with the Cincinnati Enquirer, said. "Very little of that rationale was used in this process. ... We saw some really panic-driven behavior."

He estimated that at the height of demand, they were receiving about 300 voicemails each week asking to buy the drug.

Now, demand for the drug, which is usually used to help treat lupus, other autoimmune disorders, and rheumatoid arthritis, is only 50% higher than it was before the coronavirus pandemic, according to Goetz. The drop in demand comes amid rising concern about doctors prescribing the unproven drug to coronavirus patients.

Of the 500,000 tablets requested in March, Goetz said HealthWarehouse only dispensed around 100,000 after carefully screening the requests.

"We were getting more arguments than conversation," Goetz said, "The sentiment we got a lot was that pharmacists are not supposed to tell doctors what to do."

Goetz said they even received a single order for 10,000 tablets of the drug.

Doctors that had been out of practice for much as a decade put in prescriptions and orders, he said. Podiatrists, dentists, and even veterinarians were trying to buy tablets.

"My favorite was the vet that called in for his own goldfish," Goetz said. "He claimed it had rheumatoid arthritis."

Of the many orders that were denied, some communicated with HealthWarehouse to clarify that they had been suffering from a condition hydroxychloroquine is approved to treat. However, Goetz said that only a fraction of the people who were denied prescriptions responded to clarify why they wanted the drug.

This month, the American College of Physicians, which is the professional group for internal medicine doctors, has also advised clinicians not to use hydroxychloroquine or chloroquine, by themselves or in combination with azithromycin, to treat or prevent COVID-19 because of "known harms" and a lack of evidence for benefits. Goetz added that with the drug falling out of favor, some prescribers don't want anyone to know they tried to obtain hydroxychloroquine.

"There were even prescribers that asked, 'OK, if you're not going to fill it can you please delete any record that I ever reached out to you,'" Goetz said. "That's not really how medical records work."

The debate over the drug is coming to a head Thursday, as Rick Bright testifies on Capitol Hill. Bright, the former director of a major federal vaccine agency called the Biomedical Advanced Research and Development Authority, said he was reassigned partly because of his skepticism over using the drug to treat coronavirus patients.