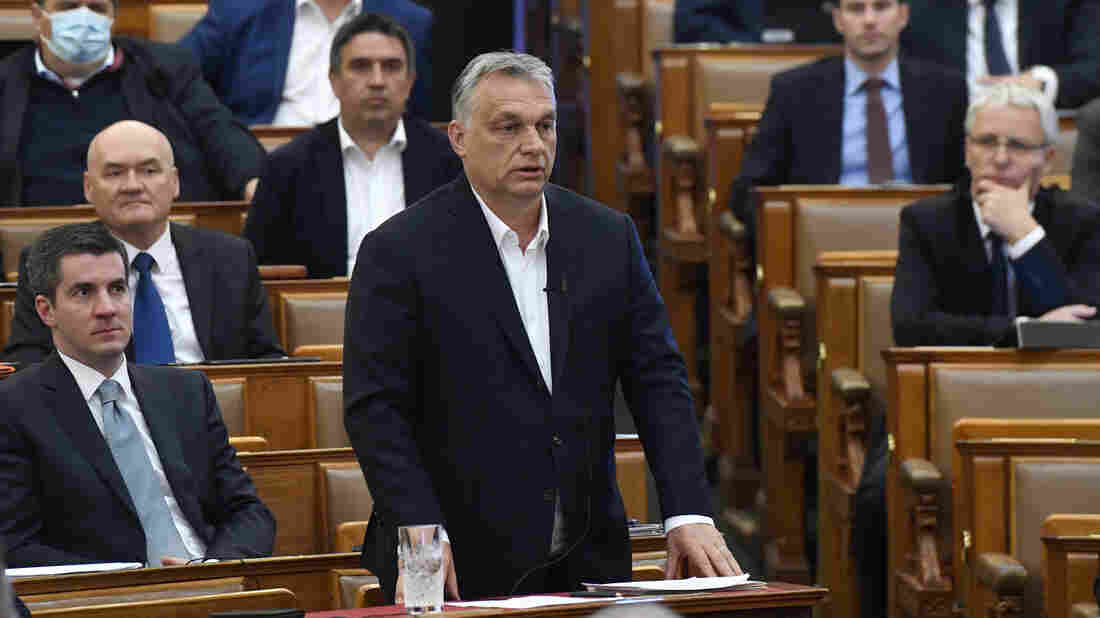 Hungarian Prime Minister Viktor Orban, shown here in Hungary's parliament in March, has been criticized for legislation that allows him to govern by decree for the duration of the COVID-19 pandemic. Zoltan Mathe/AP hide caption 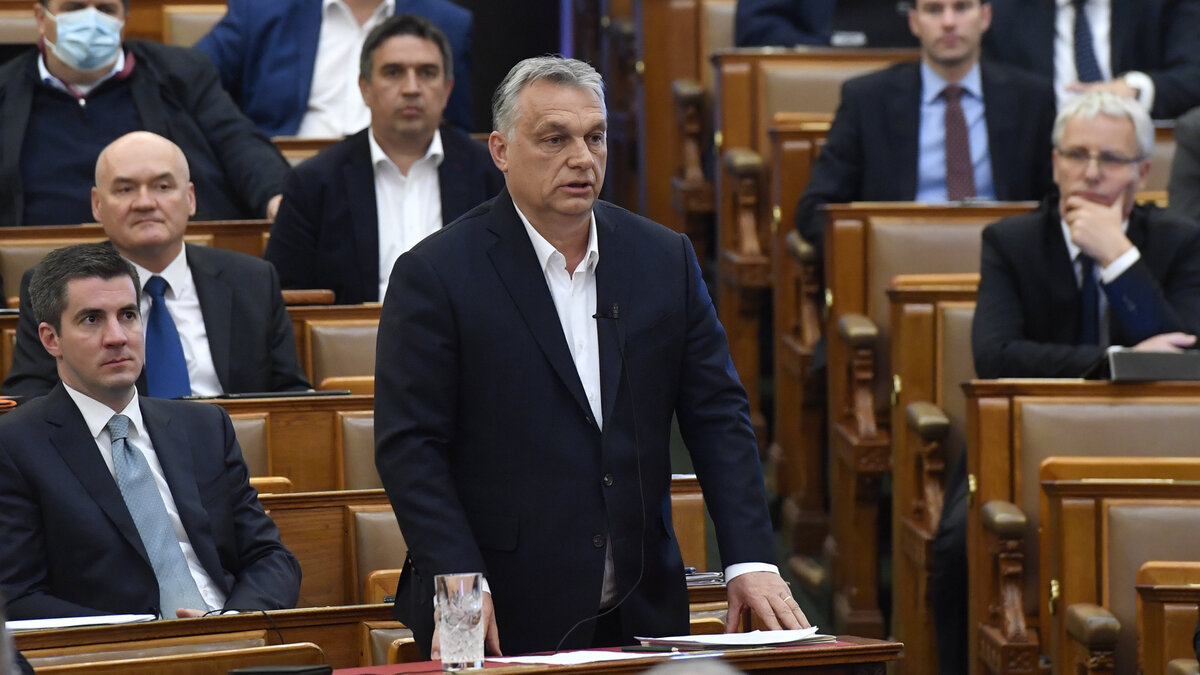 Hungarian Prime Minister Viktor Orban, shown here in Hungary's parliament in March, has been criticized for legislation that allows him to govern by decree for the duration of the COVID-19 pandemic.

"The Union has not taken any concrete measures to sanction [Prime Minister Viktor] Orban's government," one of the lawmakers, Iratxe García Pérez of Spain, told European Commission Vice President Vera Jourova and other EU leaders. "And so he continues his action to centralize power, to interfere in the electoral system, to control the news media, education, culture, harassing civil society. Colleagues, this is shameful!"

Orban's supporters passed a sweeping emergency law in late March, giving the prime minister the right to sidestep parliament and rule by decree during the pandemic. Though the European Parliament passed a resolution in April saying the law is incompatible with EU values, top EU leaders have largely been silent.

Orban, who said he was too busy to attend the debate, says he needs the emergency powers to manage the pandemic. His supporters blame the "Brussels elite" and Hungarian-American philanthropist George Soros, a frequent target of European nationalists, for the blowback. The law, which has no sunset clause, has also been criticized by the Freedom House watchdog group, which says Orban has "dropped any pretense of respecting democratic institutions."

The law includes a revision to the criminal code allowing for up to five years in prison for those who spread "fake news" about the pandemic. Critics warn this could be used to punish those who criticize the government's coronavirus response. Earlier this week, police invoked the law to detain two men for "scaremongering" in Facebook posts that criticized the government.

One detainee was Janos Csoka-Szucs, a member of the opposition Momentum Party in southeastern Hungary. Police seized his phone and computer and interrogated him for several hours before releasing him.

Last month, when Orban's government said it planned to empty hospital beds to free up space for coronavirus patients, Csoka-Szucs commented in a closed Facebook group that beds were also being emptied in his town. Police said his statement jeopardized the government's pandemic response, according to the Hungarian online news portal index.hu.

"This law is meant to intimidate and silence dissenting voices because the prime minister is scared to lose his power," Katalin Cseh, a Hungarian member of the European Parliament from the Momentum Party, tells NPR. "As a result he harasses people commenting on Facebook."

"We strongly advocate tying that money to anti-corruption guarantees or at least some kind of supervision by the European public prosecutor's office," she says. "I am very certain that the government would not have the support to do whatever is whatever they are doing right now."

On Twitter, Hungarian government spokesman Zoltan Kovacs called the debate "another witch hunt, a show trial. It's leftists and liberals playing politics when the continent is facing one of the greatest health and economic crises we've seen in a century."