Accessibility links
FDA Cautions About Accuracy Of Widely Used Abbott Coronavirus Test : Coronavirus Live Updates The test has been promoted by the Trump administration as a key factor in controlling the epidemic in the U.S. and is used for daily testing at the White House. 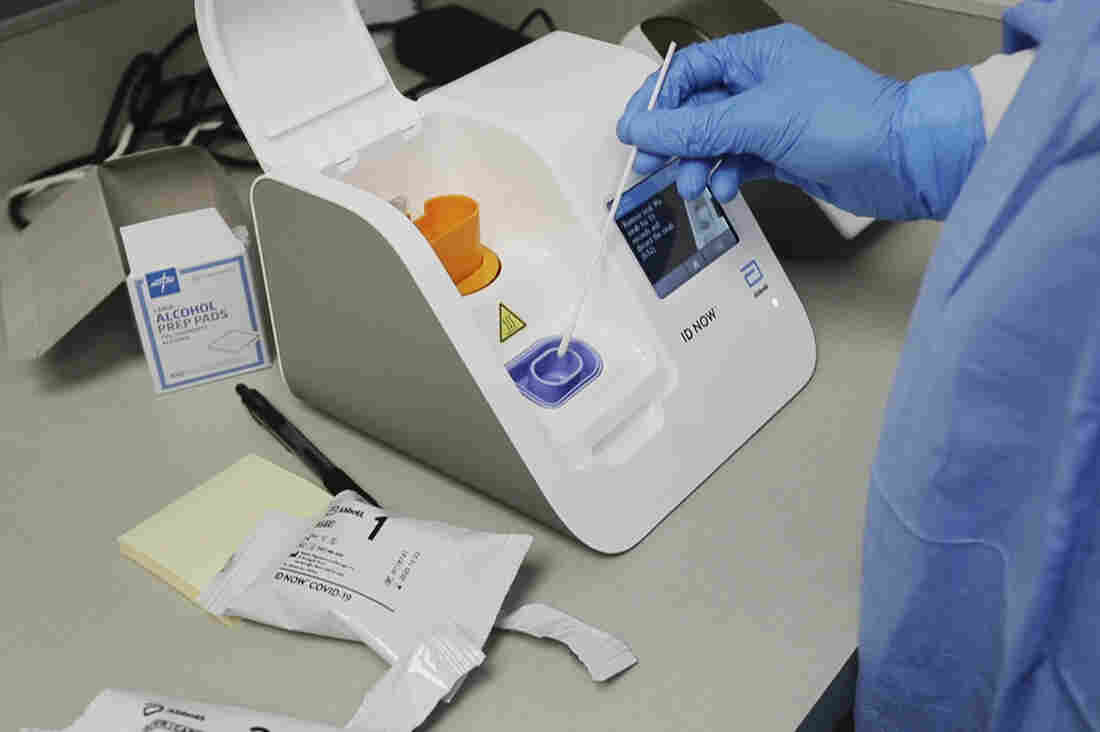 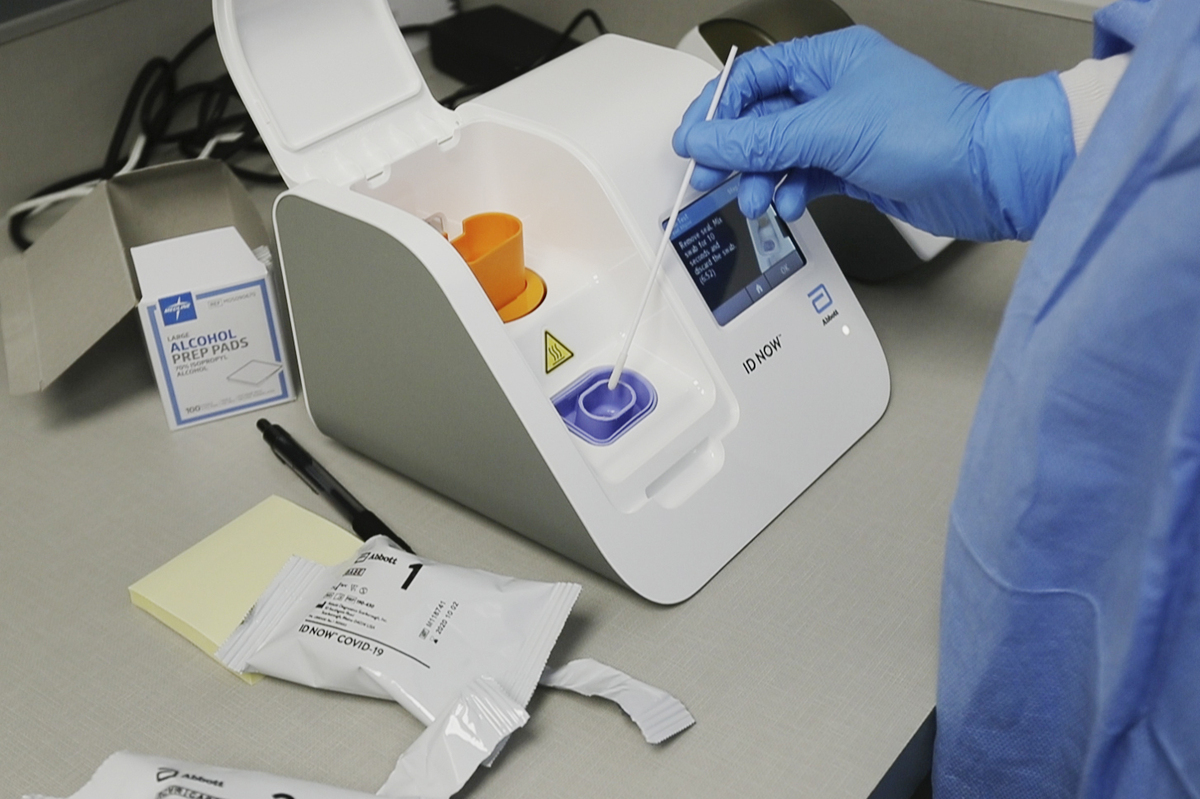 A lab technician dips a sample into an Abbott Laboratories ID Now testing machine at the Detroit Health Center on April 10.

The Food and Drug Administration is cautioning the public about the reliability of a widely used rapid test for the coronavirus. The test, made by Abbott Laboratories, has been linked with inaccurate results that could falsely reassure patients that they are not infected with the virus.

The Trump administration has promoted the test as a key factor in controlling the epidemic in the U.S., and it's used for daily testing at the White House.

As first reported on NPR, as many as 15 to 20 out of every 100 tests may produce falsely negative results. A study released this week indicated that the test could be missing as many as 48% of infections.

The FDA issued the alert on the Abbott test "in the spirit of transparency." In a press release, the agency said it's investigating whether the false-negative results could be connected to the type of swab used in the test or the material the samples are stored in for transport.

It also cautions that "any negative test results that are not consistent with a patient's clinical signs and symptoms or necessary for patient management should be confirmed with another test."

"We are still evaluating the information about inaccurate results and are in direct communications with Abbott about this important issue," said Dr. Tim Stenzel, director of the FDA's Office of In Vitro Diagnostics and Radiological Health. "We will continue to study the data available and are working with the company to create additional mechanisms for studying the test."

The Abbott rapid test can still be used to identify positive COVID-19 cases, according to Stenzel, though negative results may need to go through a secondary process to be confirmed.

The FDA has received 15 "adverse event reports" about the test that indicate patients are receiving inaccurate results, according to the press release.

The FDA will continue to monitor data on the test and work with Abbott, which has agreed to conduct post-market studies on their rapid test. The studies will include at minimum 150 people who have previously tested positive for coronavirus and will take place in clinical settings, the FDA release said.

The company told NPR in late April that any problems with the test could stem from samples being stored in a special solution known as viral transport media before being tested, instead of being inserted directly into the company's testing machine. As a result, the company recently instructed users to avoid using the solution and to only test samples put directly into the machine.

FDA Cracks Down On Antibody Tests For Coronavirus

In addition, Abbott has continued to defend the accuracy of the test, and pointed to other studies that have found it is as accurate as any other test being used.

Precise, timely testing has been a major challenge in the coronavirus pandemic. Beyond issues with the accuracy of rapid tests, there have also been problems certifying antibody tests — those that can detect if someone has been infected with COVID-19 in the past.