Accessibility links
From Medical School To Fighting COVID-19 On The Front Lines At Bellevue Hospital : Coronavirus Updates Gabrielle Mayer graduated from medical school early to help out with coronavirus patients in New York City. Some of her patients have died, she says. But there have been small, profound moments. 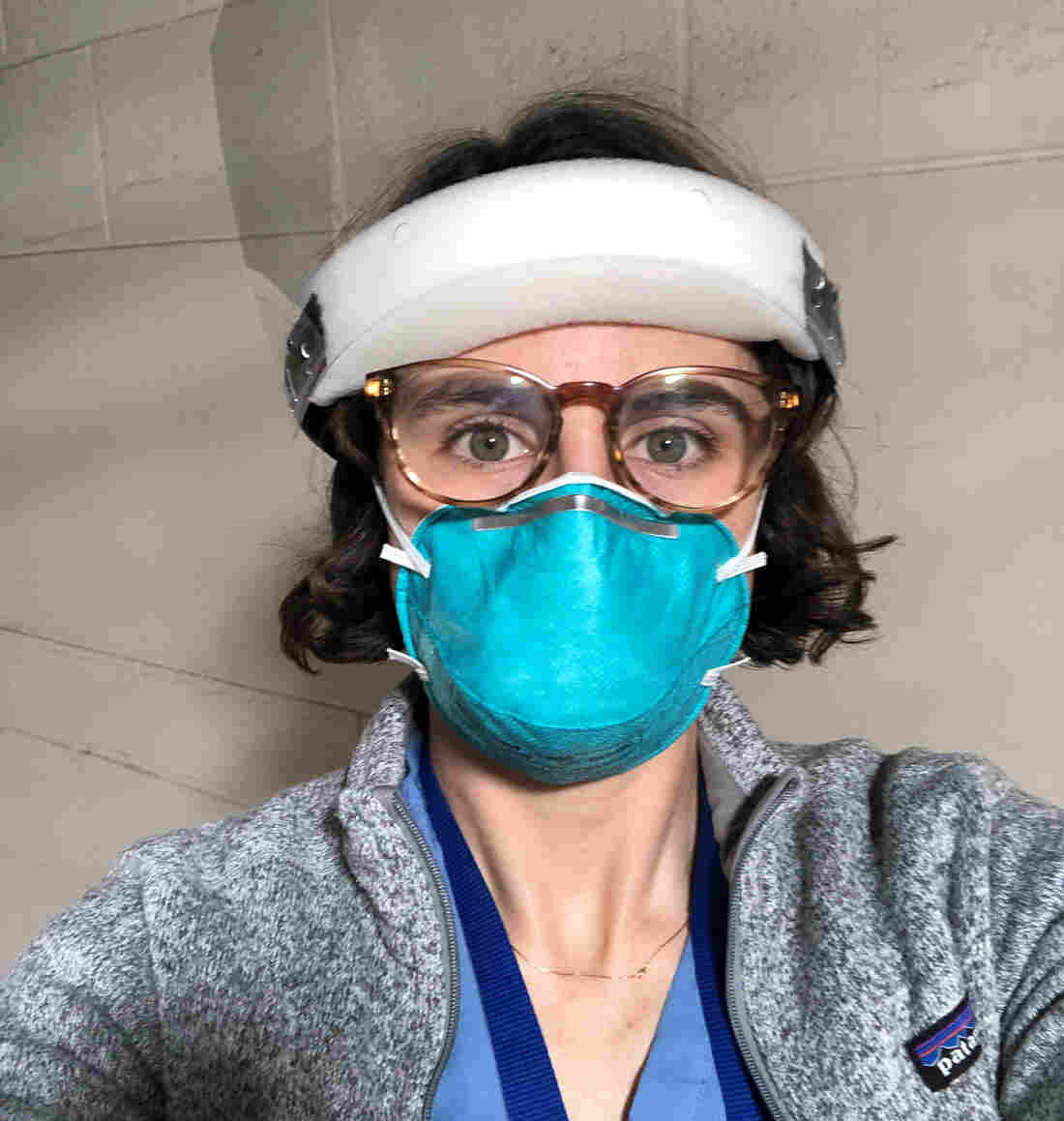 Gabrielle Mayer graduated from medical school in April and began her residency early so she could help care for patients with COVID-19. Gabrielle Mayer hide caption 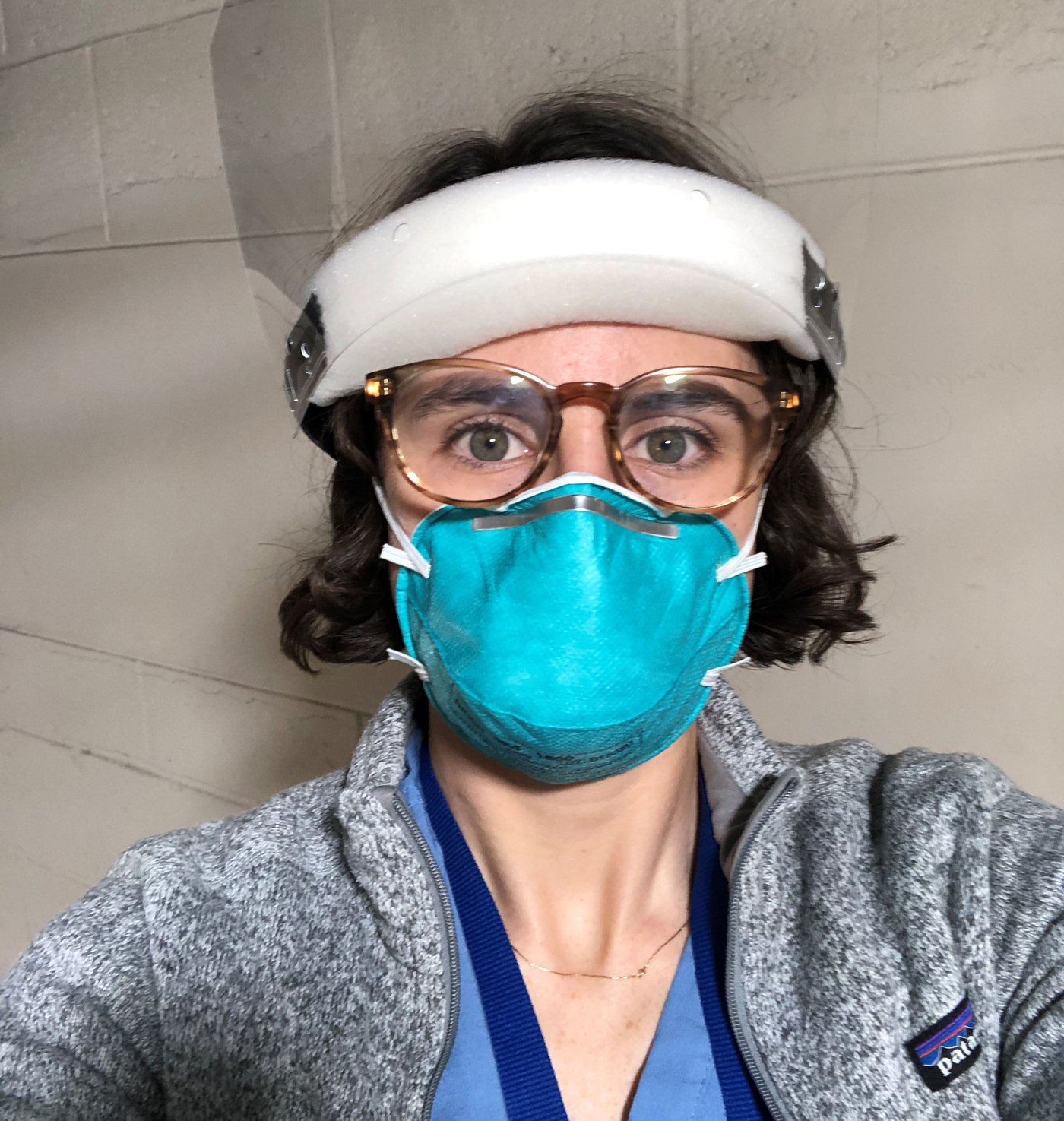 Gabrielle Mayer graduated from medical school in April and began her residency early so she could help care for patients with COVID-19.

Now, almost six weeks into her residency, she says she's been inspired by "seeing the medical community as a whole rally around the patients who needed us the most."

Mayer is one of 52 fourth-year students at New York University's Grossman School of Medicine who graduated early to help patients sick with COVID-19 — and to provide relief for hospital staff stretched thin because of the health crisis. Medical students at other schools have similarly graduated and deployed early to begin residencies and help on the front lines of the coronavirus pandemic.

"Knowing that my community was in need and that the health care workers that I'd soon to be joining were strained already ... was a big motivation to go into the hospital," she told NPR last month the day before she graduated.

She had been set to start her residency in July. Instead, she began on April 6.

Today, I graduated medical school via WebEx. It was admittedly odd (and amusing) to video chat with my classmates and deans while reciting the Hippocratic Oath. But there were laughs & smiles, and at the end I improbably got to call myself Dr. Mayer. That’s pretty cool. https://t.co/OOkVhxptEg pic.twitter.com/YUs9FVr0Zg

The toughest part so far, Mayer says, is that families can't visit loved ones at the hospital. She's been giving daily updates to patients' family members by phone.

"But I know my calls, even if well-intentioned, can't replace the feeling of holding your mother's hand as she goes through a large illness or a big moment in her life with her health," she told NPR's Mary Louise Kelly on Friday. "So I'm aware of the ways in which the suffering isn't just physical. There's also a component of it that's emotional."

Some patients she's been caring for have died, Mayer says, and there have also been both "great stories though of success" and some small but profound moments. She remembers she found a cellphone charger for one patient, who was then able to call family for the first time in three weeks. The patient thanked her profusely, with eyes filled with tears.

"I think it made me really remember the importance of these human moments of connection and how even as the medical challenges overwhelm us ... seeing someone for their humanity is just as important," Mayer says.

Listen to the All Things Considered conversation here.