Accessibility links
J.C. Penney Bankruptcy: Coronavirus Lockdowns Take Their Toll On Retailers : Coronavirus Live Updates J.C. Penney began 2020 with hopes of yet another turnaround. Instead, the coronavirus shutdowns across the country have forced the department store and mall mainstay into bankruptcy. 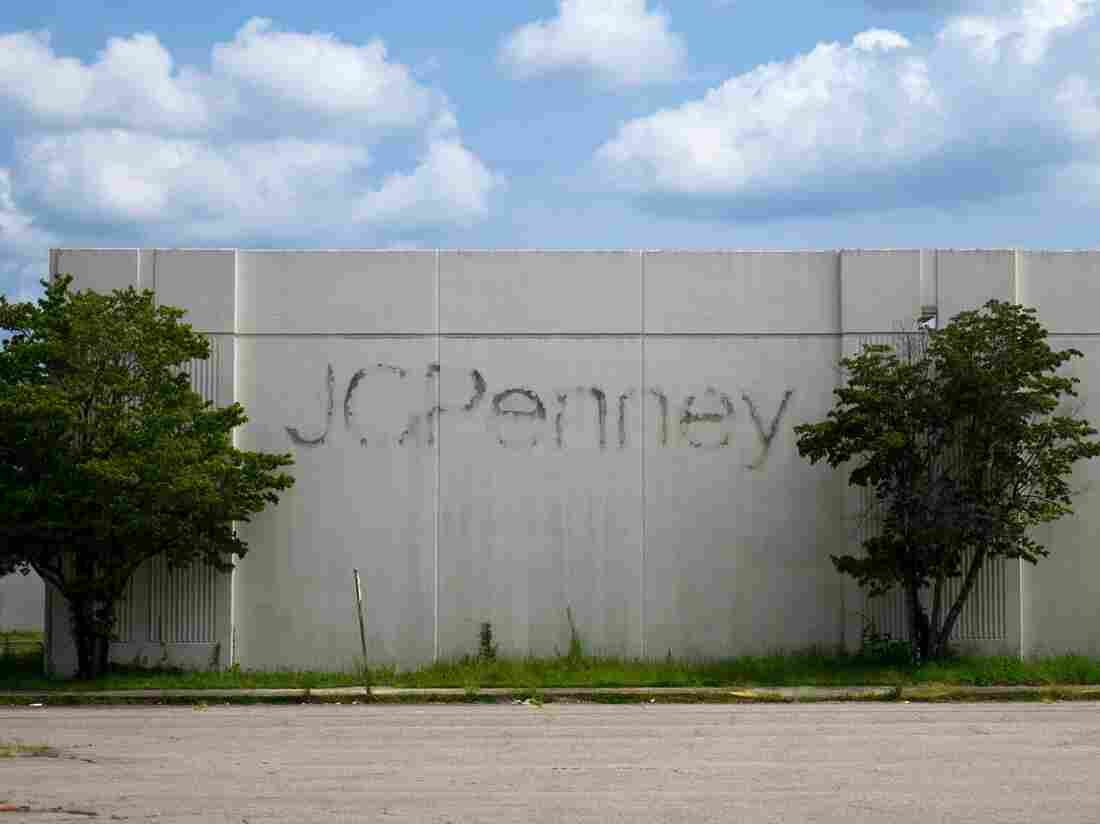 The remains of a J.C. Penney store are seen at an abandoned shopping mall in North Carolina. The department store chain is filing for bankruptcy as coronavirus lockdowns shatter its plans for recovery. Andrew Caballero-Reynolds/AFP/Getty Images hide caption 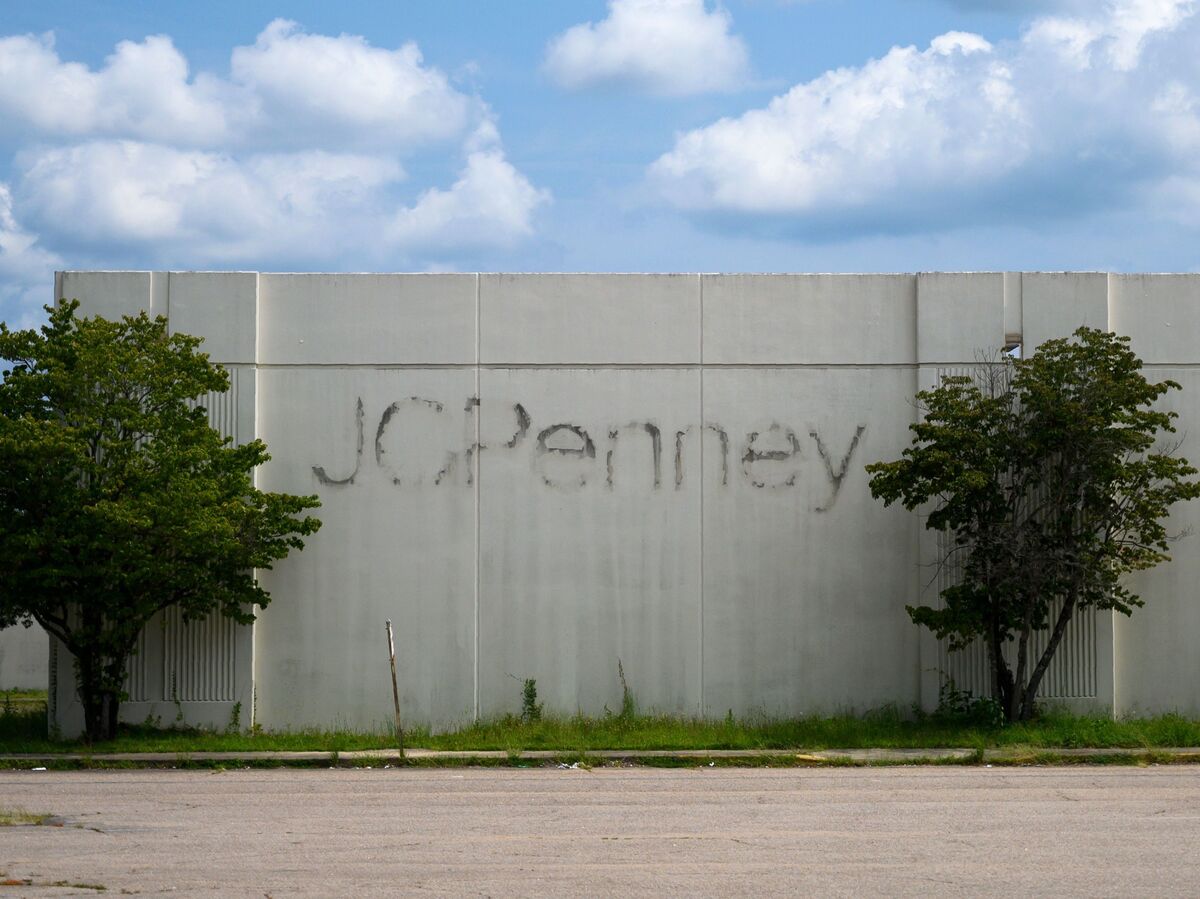 The remains of a J.C. Penney store are seen at an abandoned shopping mall in North Carolina. The department store chain is filing for bankruptcy as coronavirus lockdowns shatter its plans for recovery.

In its 118-year history, J.C. Penney has gone from a Wyoming-based dry-goods store to being a key pillar of the American mall.

But like many malls across the country, J.C. Penney has been struggling for some time. The coronavirus lockdowns finally took the department store over the brink. The company said Friday that it's filing for bankruptcy and plans to close some of its stores "in phases," the timing and scale of which will be disclosed "in coming weeks."

It's the latest — and likely not the last — retailer whose existing problems led them into bankruptcy during the pandemic, as clothes shopping has fallen off a cliff and the U.S. economy careens into a recession. In April, clothing purchases dove 79% amid a record 16.4% drop in overall retail sales.

Preppy retailer J.Crew and luxury department store Neiman Marcus were the first to turn to Chapter 11 proceedings to renegotiate their debt loads amid the coronavirus. Sears, J.C. Penney's historic rival, went into bankruptcy in 2018.

Promising fashion and housewares on a budget, J.C. Penney was once described by a New York Times critic as the "perennially square department store." It has been caught in a years-long cycle of financial losses, ever searching for an identity and a popularity boost.

The retailer currently has some 850 store locations and 90,000 employees. In a statement, CEO Jill Soltau said the company hopes to emerge from bankruptcy as a leaner, smaller operation.

"Implementing this financial restructuring plan through a court-supervised process is the best path to ensure that JCPenney will build on its over 100-year history to serve our customers for decades to come," she said.

Indeed, J.C. Penney began 2020 with hopes of yet another turnaround.

How Malls Are Trying To Recover After The Coronavirus Shutdowns

How Malls Are Trying To Recover After The Coronavirus Shutdowns

Under Soltau, the company appeared on track with the latest revival plan. The retailer pinned some of its hopes on new negotiations with suppliers and landlords and the latest store redesign, with space for workouts, haircuts and coffee breaks. The company also ditched appliances — yet again — and even dipped its toes into selling used clothes.

But the coronavirus pandemic has disrupted J.C. Penney's plans as it forced malls and nonessential stores to shut for weeks. Already facing declining sales, the company in April missed a $12 million interest payment on its amassed debt.

Founded in 1902 by a man with an unlikely name of James Cash Penney, J.C. Penney has lived through many cycles of headlines about its looming demise — and promises of a revival.

In the 1980s, J.C. Penney cut an ill-fated but revolutionary deal for high-end superstar Halston to design affordable fashions for the masses. In the 1990s, J.C. Penney dominated with a massive catalog operation and became one of the early stores to begin selling on the Internet. In the mid-2000s, it struck a formative partnership with cosmetics company Sephora.

Its more recent history of store closures, job cuts and more recalibrations has helped turn venerable J.C. Penney into a penny stock. Since January, the company's shares have been valued at less than $1.