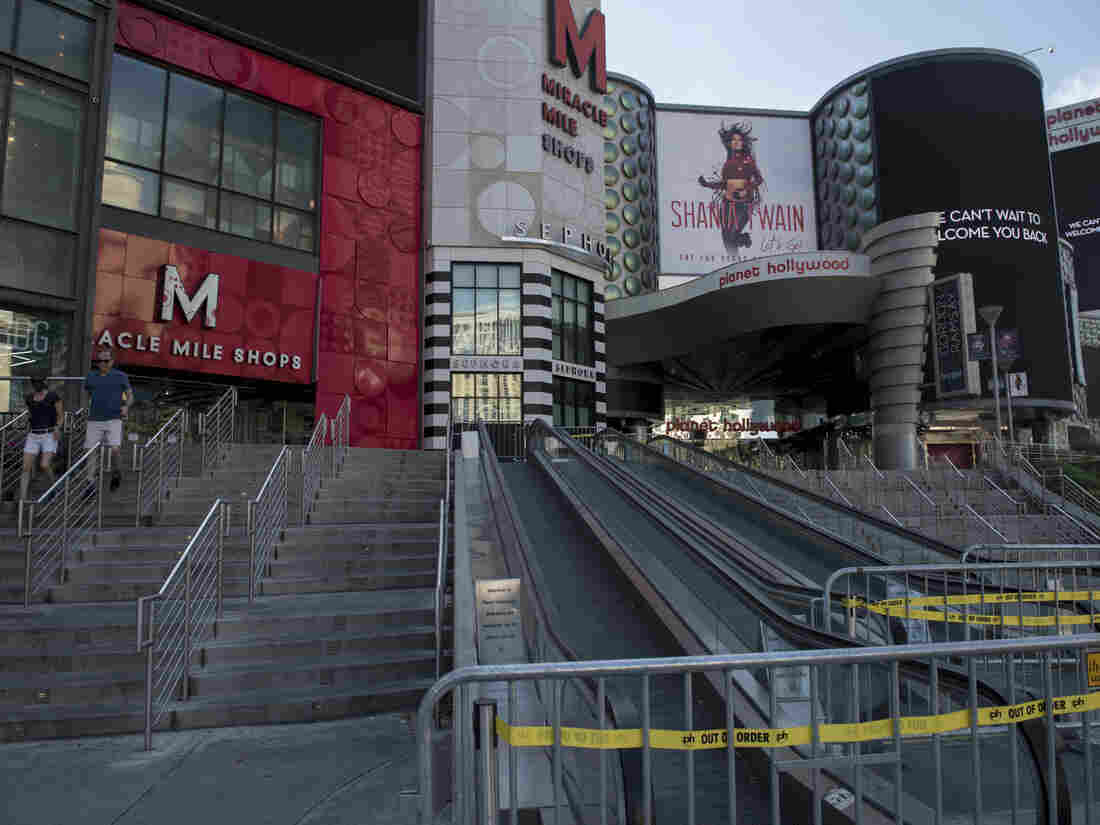 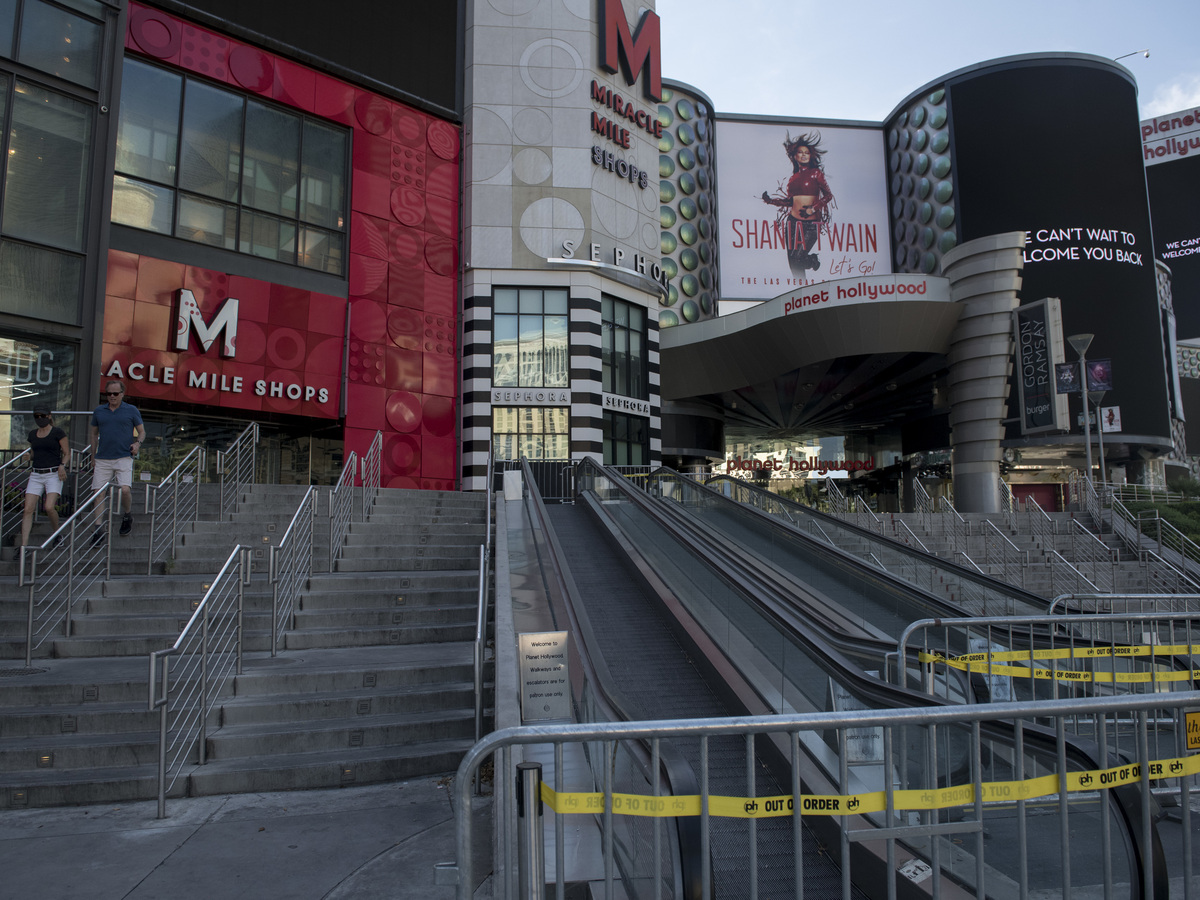 People walk near closed shops on a quiet Las Vegas Strip on May 8. Retail sales dropped a record 16.4% last month.

In a historic collapse, retail spending in the United States nosedived again last month, dropping a record 16.4% as people avoided restaurants, bars, stores and malls during the coronavirus pandemic.

The devastation spread across virtually all sectors, hitting clothing and furniture stores, restaurants and gas stations. April's plunge nearly doubled the record drop of 8.3% set just a month earlier. Retail sales — a measure including spending on gasoline, cars, food and drink — are a major part of the economy, which has been battered by the lockdowns across the country, leading to tens of millions of layoffs.

Online retailers were the only category still seeing growth in April, Friday's data showed. It's a growing part of the economy, compared to other retailers that had to temporarily close doors, firing or furloughing staff and losing sales.

The hoarding and panic buying at grocery stores had slowed in April compared to the previous month, with sales falling by 13.2%. Overall, however, people have continued to fill their pantries more than they normally do and both food and other grocery store purchases were up compared to last year.

Here's how spending drops affected different parts of retail in April, compared to a month earlier:

Economists have warned that many retail stores would not make it through the pandemic, especially smaller chains and companies that had weak financial footing before the health crisis. One recent survey found a quarter of clothing retailers wondering whether they'll make it till the holidays.

Preppy fashion store J.Crew and luxury department store Neiman Marcus became the first two major retailers to declare bankruptcy during the pandemic, tipping over from their preexisting debt. Others are likely to follow, including the suburban-mall staple J.C. Penney.

Some nonessential stores and malls began reopening this month as more mayors and governors are lifting shelter-at-home restrictions. Shopping centers are restricting the number of visitors, closing off play areas and some fitting rooms, investing in air purifiers and hand sanitizer stations — even turning parking lots into drive-in movie theaters.

But unemployment is now at 14.7% — the highest rate since the Great Depression — and expected to soar further. And surveys show that many shoppers remain leery about going back to casual mingling and browsing, at least for a while. A lot hinges on the virus and testing as well as progress with vaccinations and treatments.

"Anxiety and fear are very strong emotions and consumer behavior may take time to adjust," Jack Kleinhenz, chief economist at the National Retail Federation, wrote in his latest economic review. "But in the end, shopping is more than a transaction. It is a social activity that is part of the fabric of American life."

The NRF has warned, however, that the severe damage on the U.S. economy would continue showing up in economic data in the second quarter. For example, even as Chinese factories and U.S. stores began to reopen, the NRF flagged a continued slowdown in merchandise imports arriving at U.S. ports.

That's why economists are also warning about a potentially devastating holiday season. Stores and brands typically begin preparing for the all-important end-of-the-year sales around now. But the pandemic is causing many of them to delay new orders, sock away some of the spring fashions and wonder how the world might look by then.