Accessibility links
COVID-19 Has Arrived In Rohingya Refugee Camps And Aid Workers Fear The Worst : Coronavirus Live Updates Crowded, unsanitary conditions in the camps — located across the border from Myanmar in Bangladesh — threaten a rapid escalation of infections among the 1 million refugees living there. 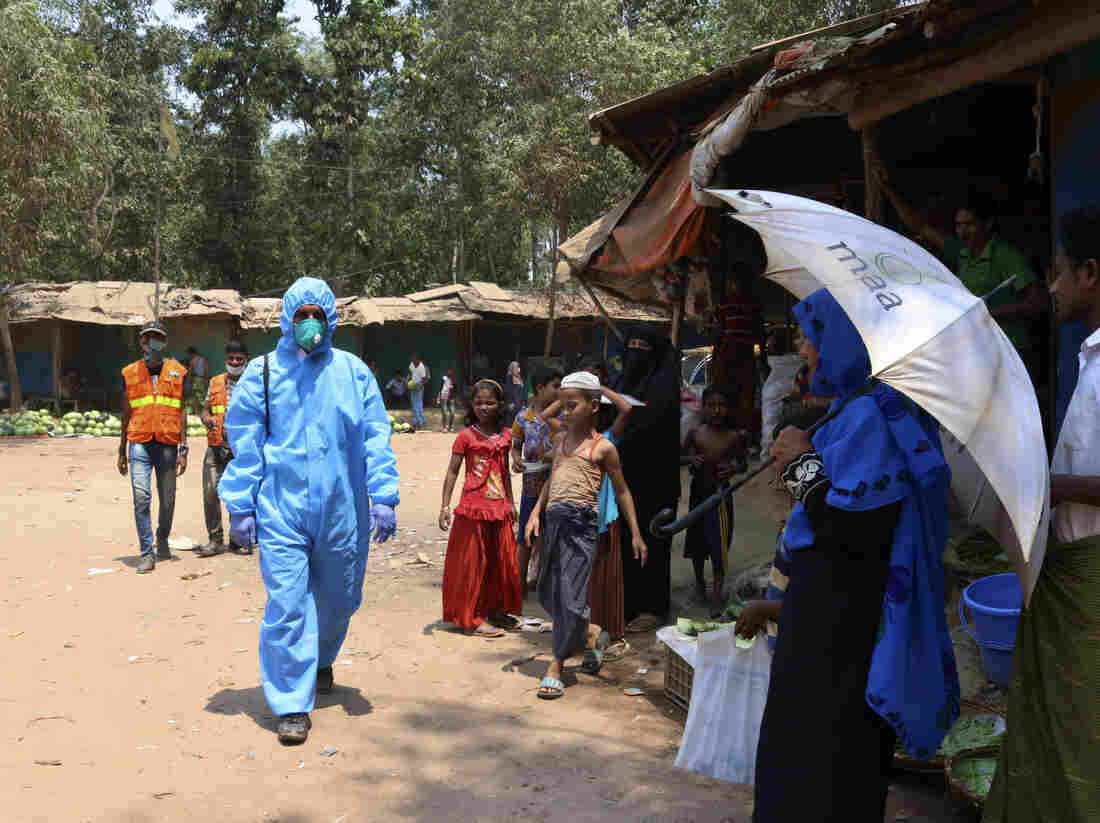 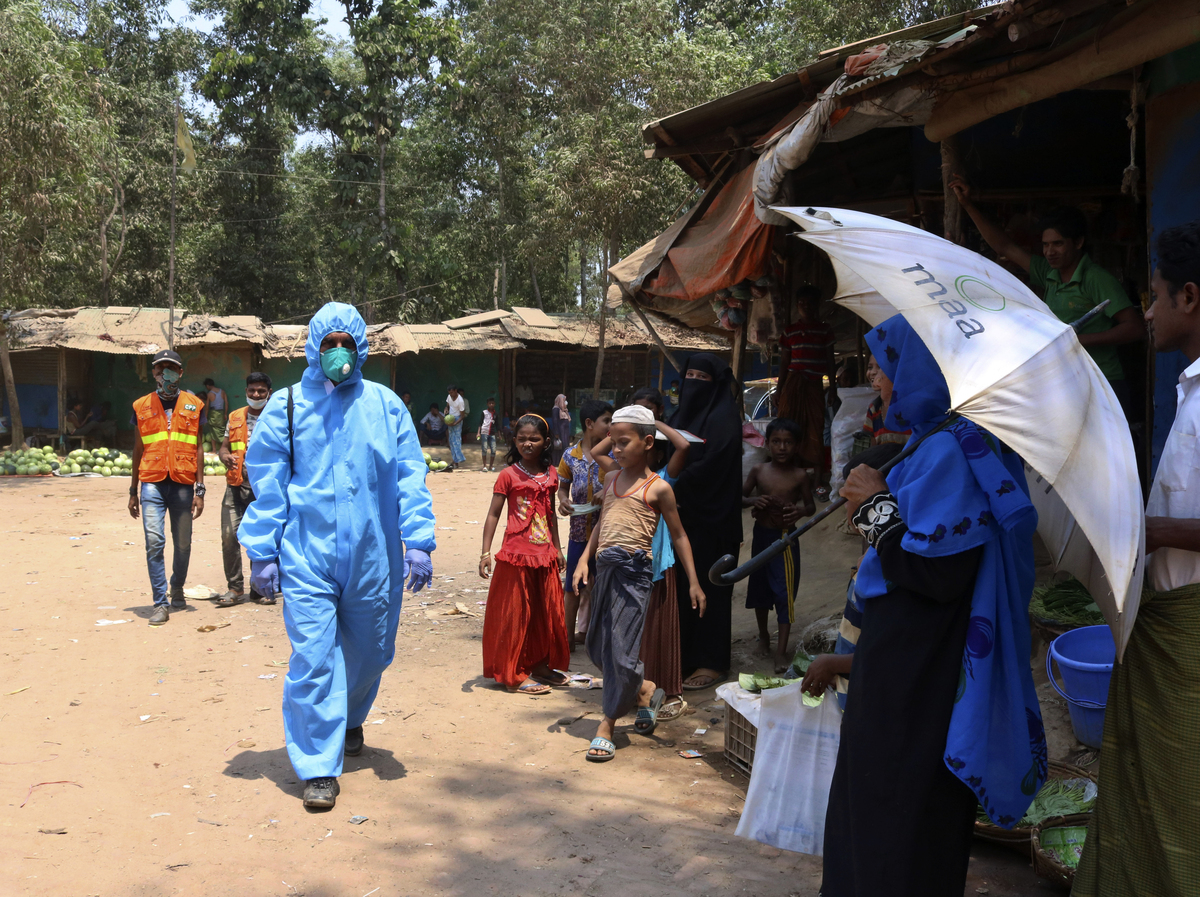 It's the moment international aid groups have been dreading for months — the coronavirus has reached the sprawling refugee camps in the Cox's Bazar district of southern Bangladesh, home to roughly a million Rohingya refugees.

Bangladesh officials said on Thursday that at least two people living in or adjacent to the camps have tested positive for the coronavirus and have now been quarantined amid fears of a humanitarian disaster if the virus spreads unchecked.

"I am scared, I am worried, but I also feel that this is a stark reminder how vulnerable the Rohingya refugees are," she said.

Save the Children's health director in Bangladesh, Dr. Shamim Jahan, is worried, too. In a statement, he warned of the "catastrophic" effect of the virus on the Rohingya, and on Bangladesh in general.

"Now that the virus has entered the world's largest refugee settlement in Cox's Bazar we are looking at the very real prospect that thousands of people may die from COVID-19," he said.

"Despite the best efforts of aid agencies and the government of Bangladesh, healthcare capacity in the refugee camps is limited," he said.

"In the Rohingya refugee camps — home to nearly a million people — there are no intensive care beds at this moment."

That lack of capacity scares Ram Das, responsible for CARE's Rohingya response program in the camps. He's worried about how many people have been in contact with those now quarantined, given how tightly the Rohingya are packed together in the camps.

"I would say, if I were to draw a parallel, the density is eight times that of Wuhan city, so this is scary for us because of the close proximity of the people living there," Das told NPR, adding that proximity makes social distancing almost impossible.

And even if they tried, argues the International Rescue Committee's Bangladesh country director Manish Agrawal, it still wouldn't be enough.

"The population shares water and hygiene facilities such as toilets, bathing facilities and water points resulting in long queues and unavoidable unsanitary conditions. There's just not enough soap and water nor space for them to follow proper guidance to protect themselves from the disease," he said in a statement yesterday.

"Without efforts to increase health care access, improve sanitation, isolate suspected cases and decongest the camp, the disease will devastate the refugee and local population here."

It's the latest misery to befall Myanmar's Muslim minority Rohingya, most of whom arrived in the camps after a bloody crackdown by Myanmar's military in 2017 that many governments call genocide.

Just last week, a fire ripped through one of the camps, destroying hundreds of flimsy shacks the Rohingya — hoping to return to Myanmar — call their temporary homes. Also last week, a boatload of Rohingya refugees was exiled to a remote island in the Bay of Bengal after being intercepted by the Bangladesh navy.