Accessibility links
Mayor Of Madison Calls Decision To Overturn Wisconsin Stay-At-Home Order 'Outrageous' : Coronavirus Updates Mayor Satya Rhodes-Conway says this week's decision by the Wisconsin Supreme Court will put lives at risk from the coronavirus, and she warns that businesses are still not ready to reopen. 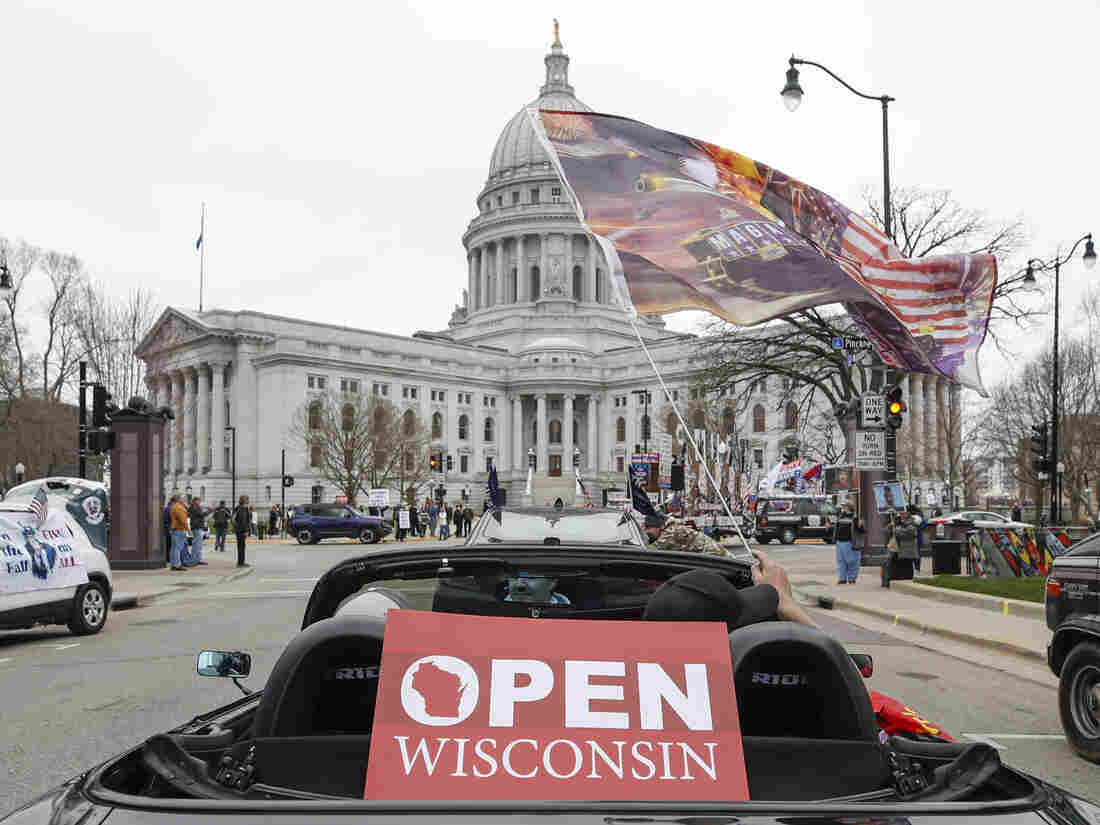 People in cars participate in a protest against the coronavirus shutdown last month in front of the state Capitol in Madison, Wis. Kamil Krzaczynski/AFP via Getty Images hide caption 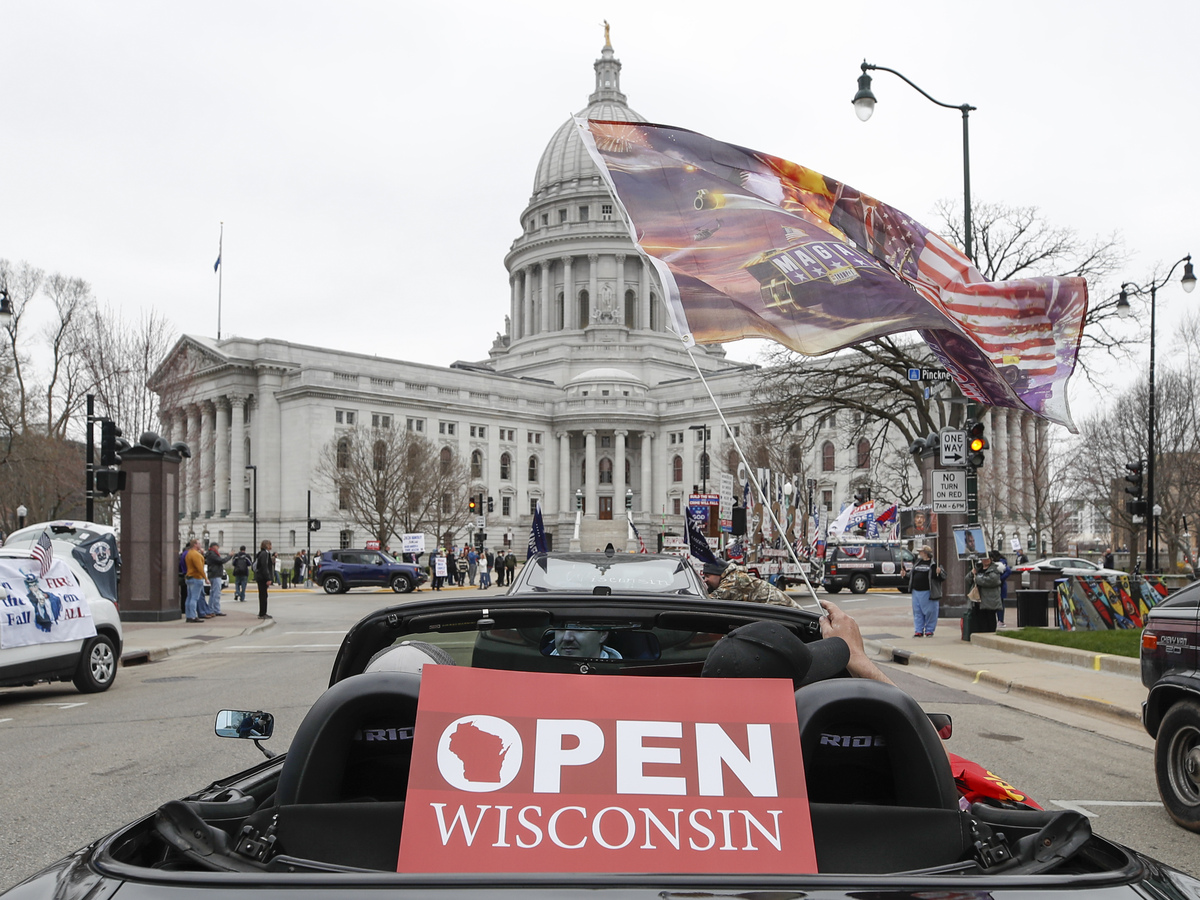 People in cars participate in a protest against the coronavirus shutdown last month in front of the state Capitol in Madison, Wis.

The mayor of Madison, Wis., is slamming this week's decision by the Wisconsin Supreme Court to overturn the governor's stay-at-home order, saying businesses are not in a position to reopen and warning that the coronavirus will only spread as a result.

"There is absolutely a danger here, and that's why it's so irresponsible of the court to have struck down the governor's 'Safer at Home' order without a plan in place for how we transition out of it safely," Mayor Satya Rhodes-Conway said in an NPR interview Friday.

"This is the Supreme Court that thought it was safe for us to hold an election in person during a pandemic, and what we saw from that is that dozens and dozens of people got sick. I expect the same to happen with this decision."

The mayor's comments followed Wednesday's 4-3 ruling by Wisconsin's high court to strike down efforts by Democratic Gov. Tony Evers to extend a statewide stay-at-home order designed to slow the virus. While some cheered the court's action — even taking to bars to celebrate — others have decried the decision as a threat to public health, reflecting the competing forces that elected officials must confront as they weigh the next steps in a pandemic that has infected more than 1.4 million nationwide and killed more than 87,000.

The court's decision did not prevent citywide orders, so in Madison, the state's capital and second-largest city, Rhodes-Conway announced that stay-at-home measures would remain in place.

BREAKING: "Safer at Home" guidelines will remain in effect in #Madison & #DaneCounty. Public Health Madison & Dane County @PublicHealthMDC has issued a local public health order to keep it in place until May 26th. #COVID19

The mayor, a Democrat, called the court's ruling "outrageous and irresponsible" and said her office would focus on education to help residents understand how to follow the stay-at-home order that Madison continues to enforce. If that doesn't work, she said, citations are possible.

"I have to say, though, that for the most part people have been quite good about this here in Madison, and it has been very effective," she said. "We have flattened our curve, I think quite effectively."

For some, however, frustrations have boiled over. Last month, Madison became the latest state capital to see crowds gather to protest stay-at-home orders requiring social distancing and the closings of nonessential businesses.

The demonstration marked the second time in less than a month that Wisconsin became a flashpoint in the debate over coronavirus restrictions. Earlier in April, Evers and Republicans in the Wisconsin Legislature clashed over whether to allow in-person voting for the state's April 7 presidential primary. The state Supreme Court ultimately settled the question, ruling that polls would be allowed to open.

In the weeks since, 71 people who either voted in person or worked at the polls that day have tested positive for the coronavirus, according to the state's Department of Health Services. Several of those individuals, however, have reported other possible exposures.

Rhodes-Conway said she understood the concerns of those who have lost their jobs or are struggling financially because of the pandemic, but she said public health must take priority.

"This has been economically devastating for many people here in Madison and for the city as well, frankly," she said. "And so we are all eager to get things open again, but only in a way that's safe for everyone."