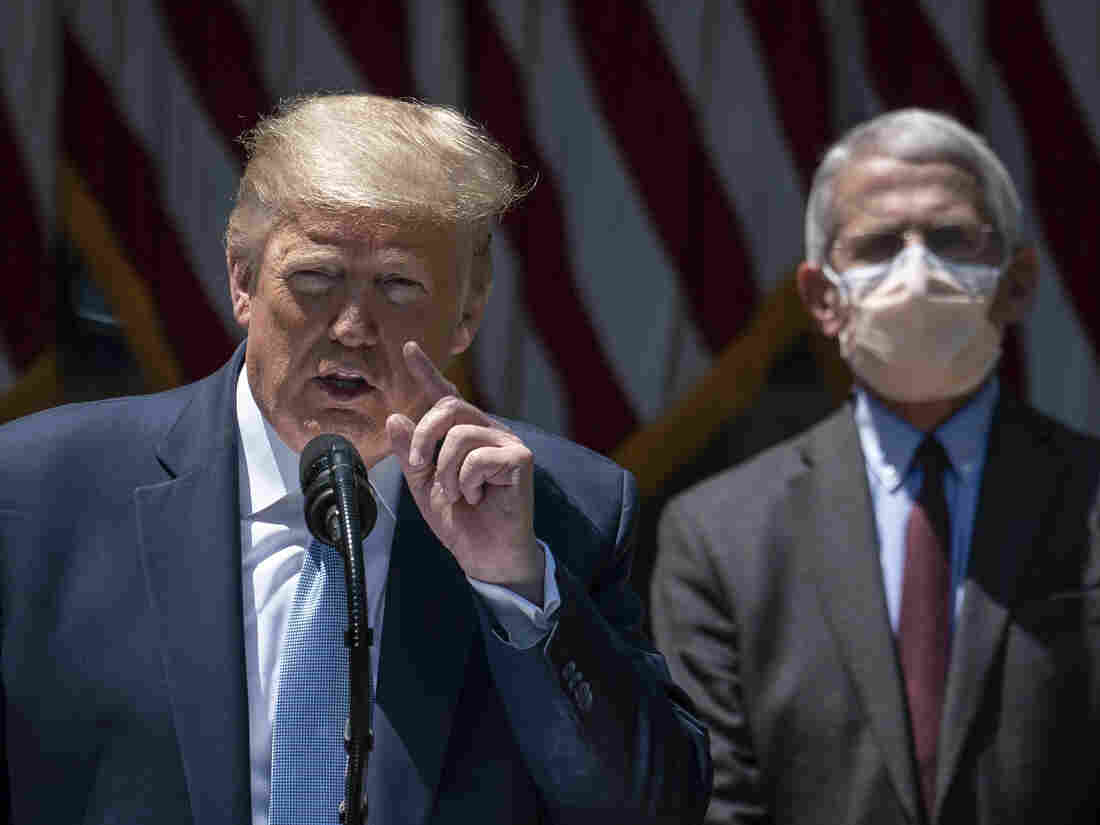 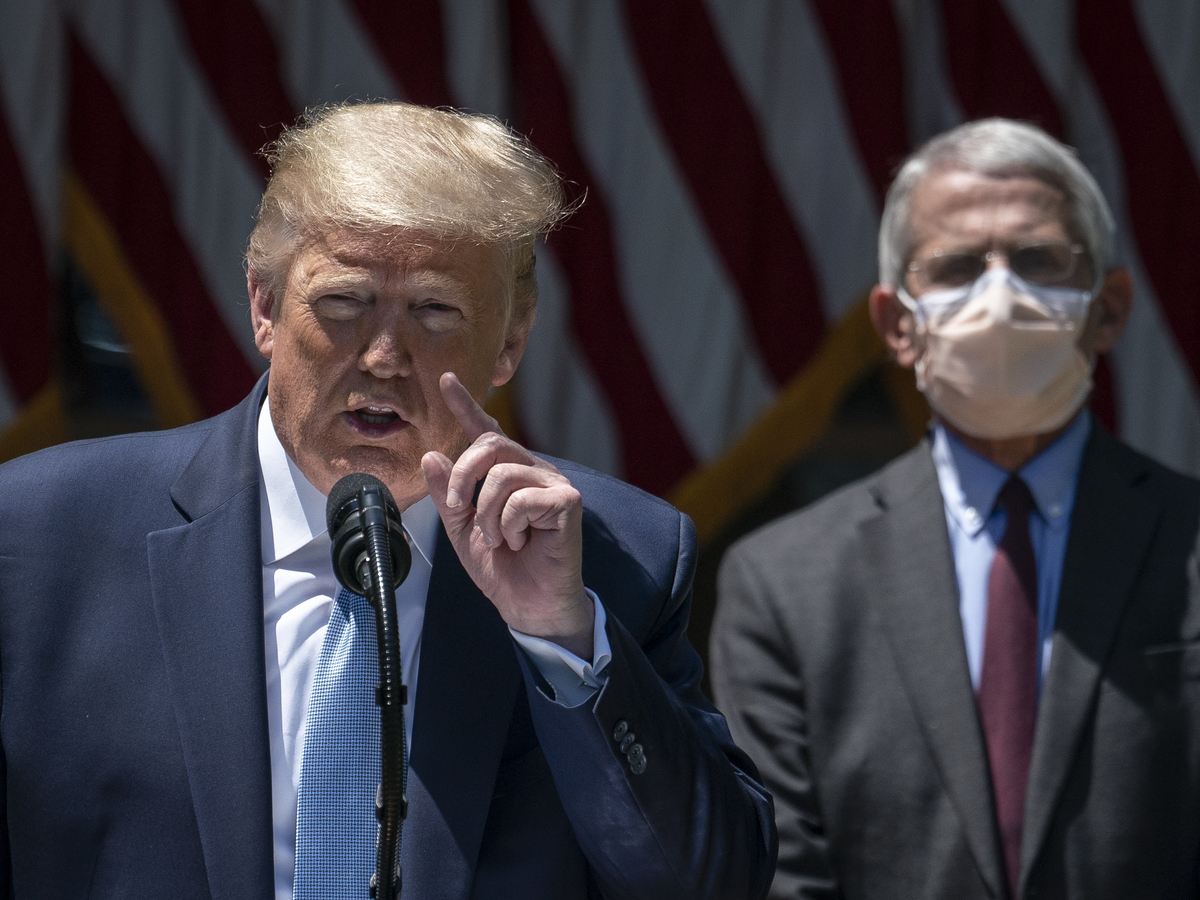 A masked Dr. Anthony Fauci joins President Trump as he delivers remarks about the coronavirus vaccine development Friday in the Rose Garden.

President Trump on Friday unveiled more details of "Operation Warp Speed" – an effort to accelerate the development of a vaccine and medical treatments for the coronavirus by January.

"We're looking to get it by the end of the year if we can, maybe before," Trump said as top medical, military and Cabinet officials, many of them wearing face masks, joined him in the Rose Garden.

Trump compared the effort to the Manhattan Project – the World War II effort to build the first nuclear weapon.

"That means big and it means fast," Trump said. "We have the military totally involved."

Experts have noted that a timeline of even 12 to 18 months is optimistic. The first Food and Drug Administration-approved vaccine for the Ebola virus was not until December 2019 despite a peak in outbreaks between 2014 and 2016.

At present there are 14 promising vaccine candidates, Trump said, noting that it would be "risky" and "expensive," but that the federal government plans to invest in manufacturing the top candidates even before they are approved to eliminate any delay once approval happens.

Trump confirmed the names of leaders of the project. As NPR reported Thursday, former GlaxoSmithKline executive Moncef Slaoui will be the chief adviser to the effort. Slaoui's long career at the company included the chairmanship of GlaxoSmithKline's global vaccines division. He also was on the board of Moderna, a company with a coronavirus vaccine candidate. Moderna announced Friday that Slaoui has resigned from the board.

Gen. Gustave Perna, commander of the U.S. Army Materiel Command, will be the chief operating officer of the program.

Trump said the United States would work with other countries — even China — on the project to develop, manufacture and distribute a vaccine quickly.

"They're viewing us as the leader, and the relationship with other countries on solving this problem has been incredible," he said.

"We'll be very happy if they are able to do it," Trump said, speaking generally about other countries working on vaccines for the virus. "We have no ego when it comes to this."

The government will also ramp up production of vaccine supplies such as storage facilities, vials and syringes. Trump said the military would deploy "every truck, plane and soldier" to distribute the vaccine quickly once available.

Trump's remarks in the Rose Garden were accompanied by loud honking from nearby protesting truckers. "That's the sign of love, not the sign of your typical protest," the president said.

The truckers have been protesting for nearly two weeks against what they say are low pay rates, neither against nor in support of Trump. The group has requested a meeting with the president, according to media reports.

As Trump delivers briefing on vaccines in Rose Garden you can hear loud honking from outside WH grounds. pic.twitter.com/RuJ6ZgDZO9