Accessibility links
IOC Will Devote $800 Million To Postponed Tokyo Olympics, COVID-19 Costs : Coronavirus Live Updates Most of the money will go toward helping the International Olympic Committee mount an Olympics one year later than planned — something it's never done before. 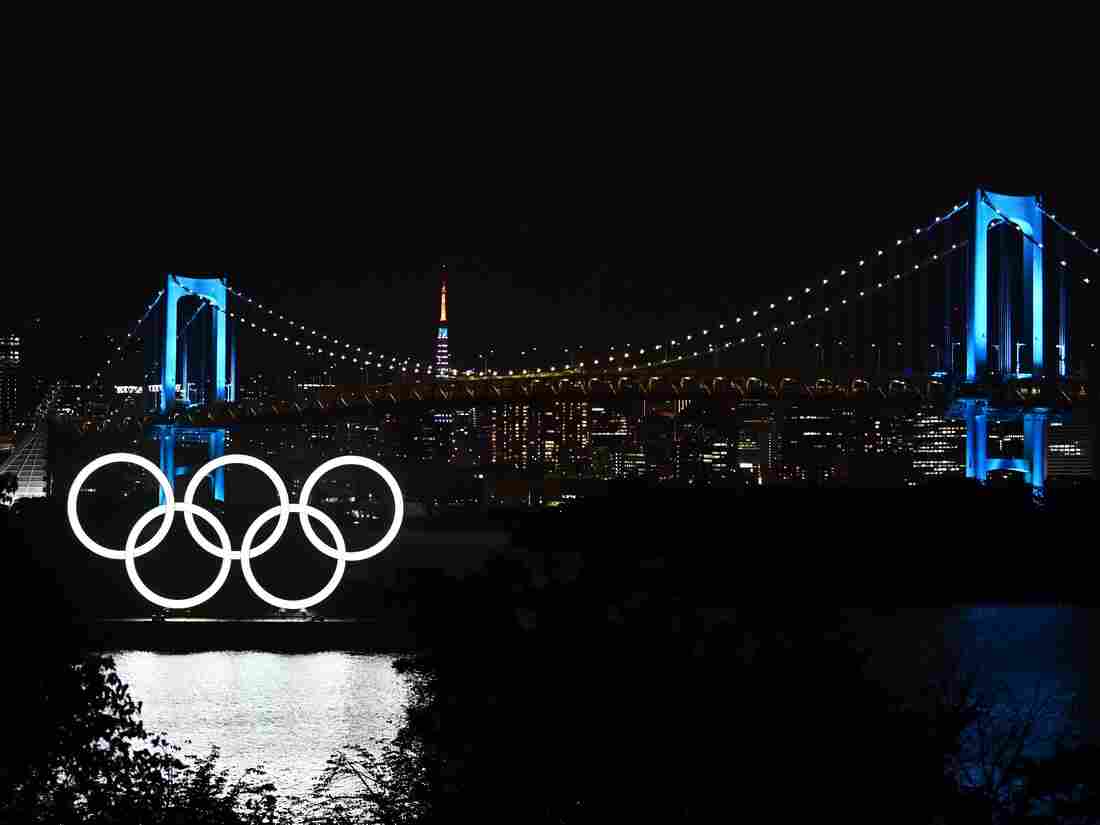 "We shall all need to make sacrifices and compromises" to put on the Tokyo 2020 Olympics, IOC President Thomas Bach says, announcing funding to help keep the delayed games on track. The Olympic rings, the Rainbow Bridge and the Tokyo Tower are seen in Tokyo Friday night. Charly Triballeau/AFP via Getty Images hide caption 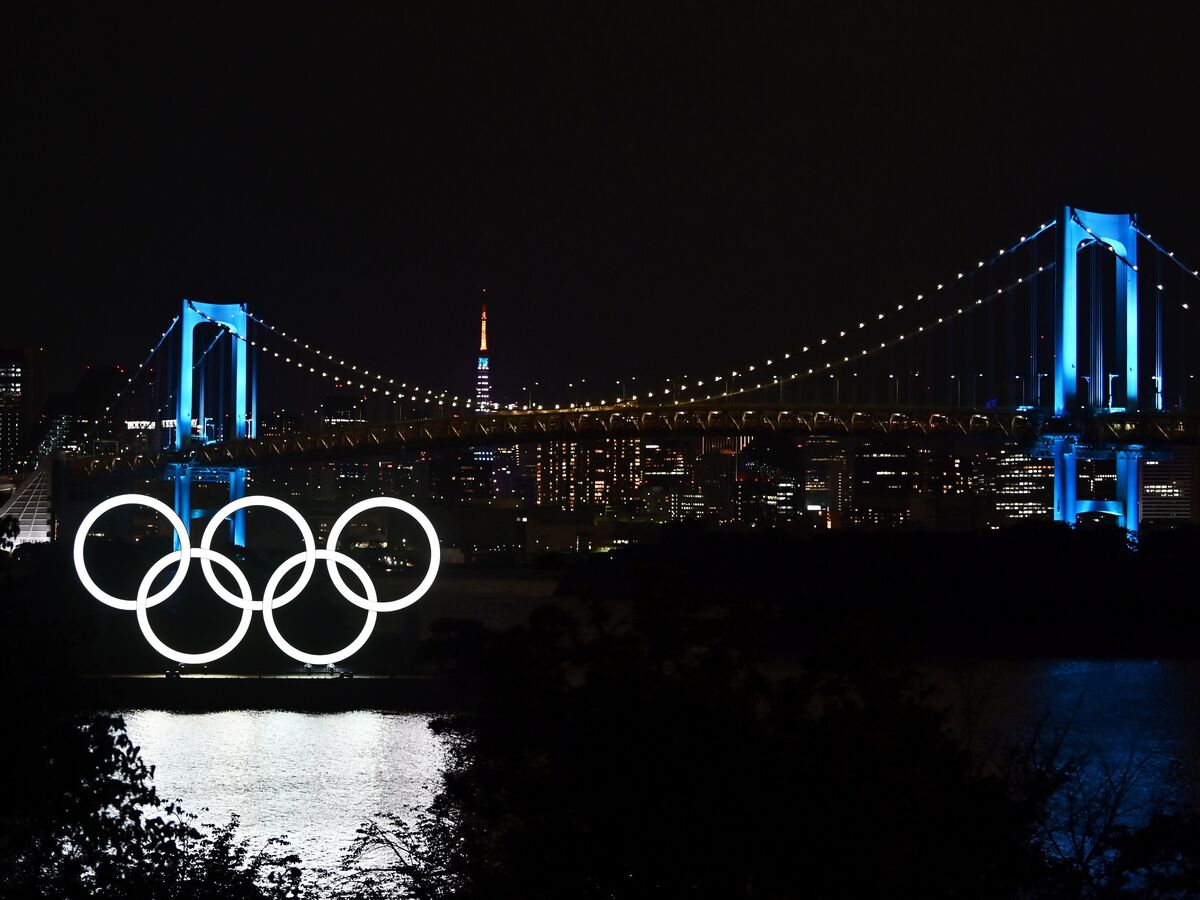 "We shall all need to make sacrifices and compromises" to put on the Tokyo 2020 Olympics, IOC President Thomas Bach says, announcing funding to help keep the delayed games on track. The Olympic rings, the Rainbow Bridge and the Tokyo Tower are seen in Tokyo Friday night.

The International Olympic Committee plans to spend up to $800 million to help cover costs for the postponed Tokyo 2020 Summer Olympics Games and other expenses stemming from the COVID-19 pandemic. So far, the organization is providing few details about how the money will be spent, saying the situation is constantly changing.

The Tokyo Olympics, which are now set to begin in July 2021, pose an unprecedented challenge to the international Olympics movement, organizers in Japan and thousands of athletes around the world. And it will be an expensive problem to solve, Olympics officials say.

"The IOC has to organize postponed Olympic Games for the first time ever, and has to help its stakeholders come through this global crisis," IOC President Thomas Bach said in a statement about the plan.

Of the $800 million sum, $650 million will go toward the costs of putting on the Tokyo Games a year later than planned. Bach called the remaining $150 million an "aid package" for the Olympic movement, with the money going to international sporting federations, national Olympic committees, and athletes — all of whom have lost income due to the global suspension of sports.

The IOC announced the financial plan after Bach hosted an online meeting of the IOC's executive board from Lausanne, Switzerland.

Friday afternoon, Tokyo 2020 CEO Toshiro Muto said the IOC had not given him any details regarding how it arrived at the figure — or where the money will go.

"As to why it's $650 million, you will have to ask the IOC," Muto said, according to The Japan Times. He later added, "To the question of how is this $650 million to be spent, this is not clear at this point either."

Both the IOC and Tokyo organizers say the summer games will likely face budget cuts, as they absorb the costs of putting on a massive global sporting event one year later than planned.

"It is unclear how much the additional expenses will total. But some estimates show they could amount to several billion dollars," Japan's NHK News reports.

Japan is currently in the process of lifting special state-of-emergency orders in most of its prefectures because of the coronavirus, even as it prepares for a possible second wave of infections.

In terms of COVID-19 cases, Japan ranks outside the top 30 countries, with a little over 16,000 confirmed cases. Around 700 people have died from the disease in Japan, according to data compiled by Johns Hopkins University.