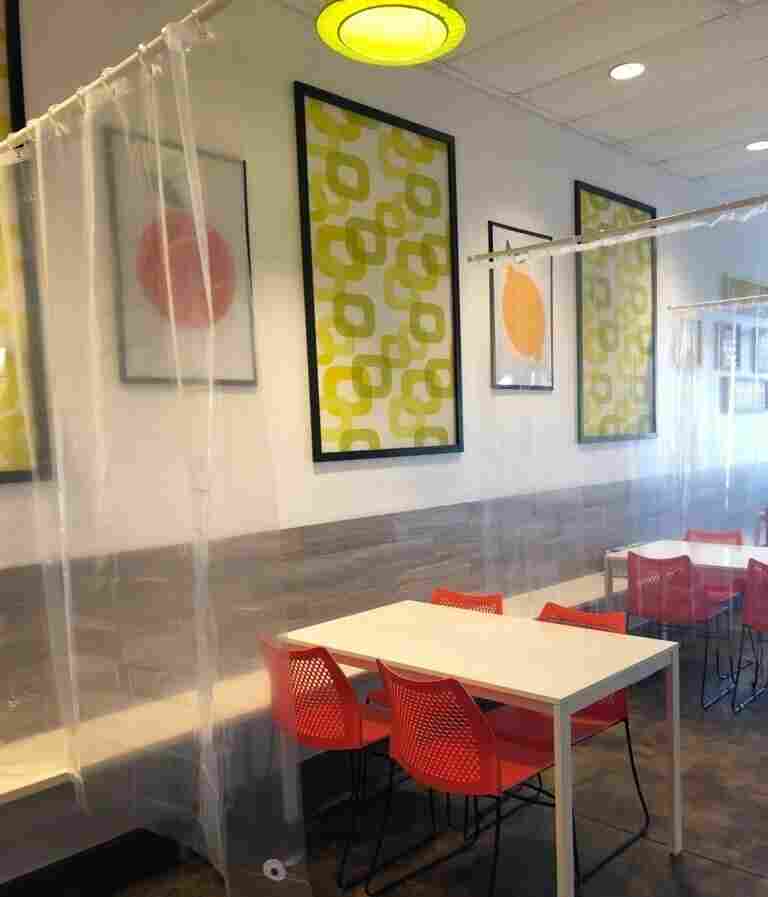 Twisted Citrus owner Kim Shapiro says workers will replace and clean each shower curtain after a party is finished with their meal. Courtesy of Kim Shapiro hide caption 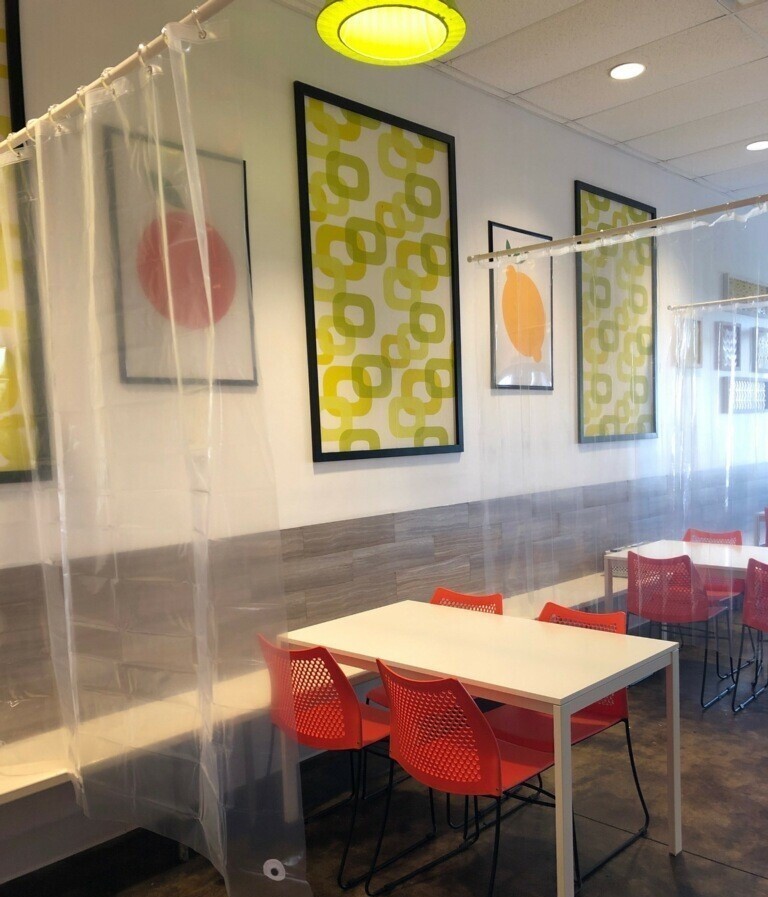 Twisted Citrus owner Kim Shapiro says workers will replace and clean each shower curtain after a party is finished with their meal.

There's a new drink on the menu at the Twisted Citrus, and it matches some new drapery.

The Rubber Duckie Mimosa, a concoction of champagne and blue rasberry lemonade with a classic yellow rubber duck floating on top, was inspired by the North Canton, Ohio breakfast joint's method of protecting its patrons from the spread of COVID-19: shower curtains.

In a statement, Ohio Governor Mike DeWine said that restaurants in the state can open next week. He didn't put a limit on occupancy, but said that establishments would either have to have patrons stay six feet apart or be separated by a barrier.

"Like most breakfast restaurants, we're pretty small," says Twisted Citrus owner Kim Shapiro. "We've got tight seating, so it wouldn't have made financial sense for us to reopen 6 feet apart."

So she started looking at barriers as an option.

"I'm from South Florida originally, and if you've ever been to a beachfront restaurant when it rains, they put down this sort of clear curtain," Shapiro says. "So I realized, like, wait a minute. We can use shower curtains."

Shapiro said that workers will replace and clean each shower curtain after a party is finished with their meal. The curtain rods are hung from the ceiling with fishing wire.

Now the restaurant, which usually seats 80, will be open to seating as many as 60 people.

Other establishments across the world are taking similarly unorthodox approaches to reopening with proper distance.

A cafe in Germany opened up its patio to patrons who were willing to put on hats with foam noodles extending out from them to encourage distance.

One fine-dining restaurant outside of Washington D.C. will open with 50 percent seating — the other 50 percent of its tables will be taken up by mannequins dressed in 1940's era attire.

As for how long the setup in North Canton will be needed, Shapiro says she hopes to get back to normal, but is unsure what will come next without a vaccine.

"I'm hopeful that this is a 30 to 45 day solution," she says. "There seems to be an appetite for some phasing in of services ... We've had a ton of people say they can't wait to come in, come for breakfast."