Accessibility links
Researchers Say Pandemic Is Adding Fuel To Political Divisions : Coronavirus Live Updates The U.S. was deeply divided before the coronavirus hit. Now, researchers worry that the pandemic is worsening what they call a dangerously polarized climate.

'Us Vs. Them' In A Pandemic: Researchers Warn Divisions Could Get Dangerous

'Us Vs. Them' In A Pandemic: Researchers Warn Divisions Could Get Dangerous 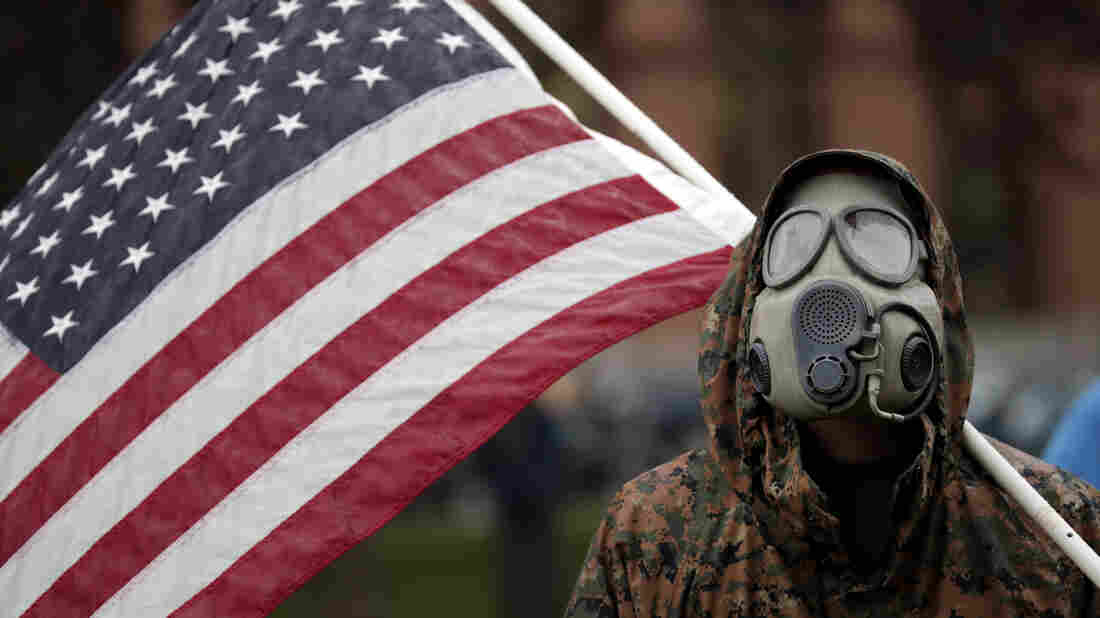 A protester attends a demonstration over Michigan's coronavirus restrictions on Thursday at the state Capitol in Lansing. Paul Sancya/AP hide caption 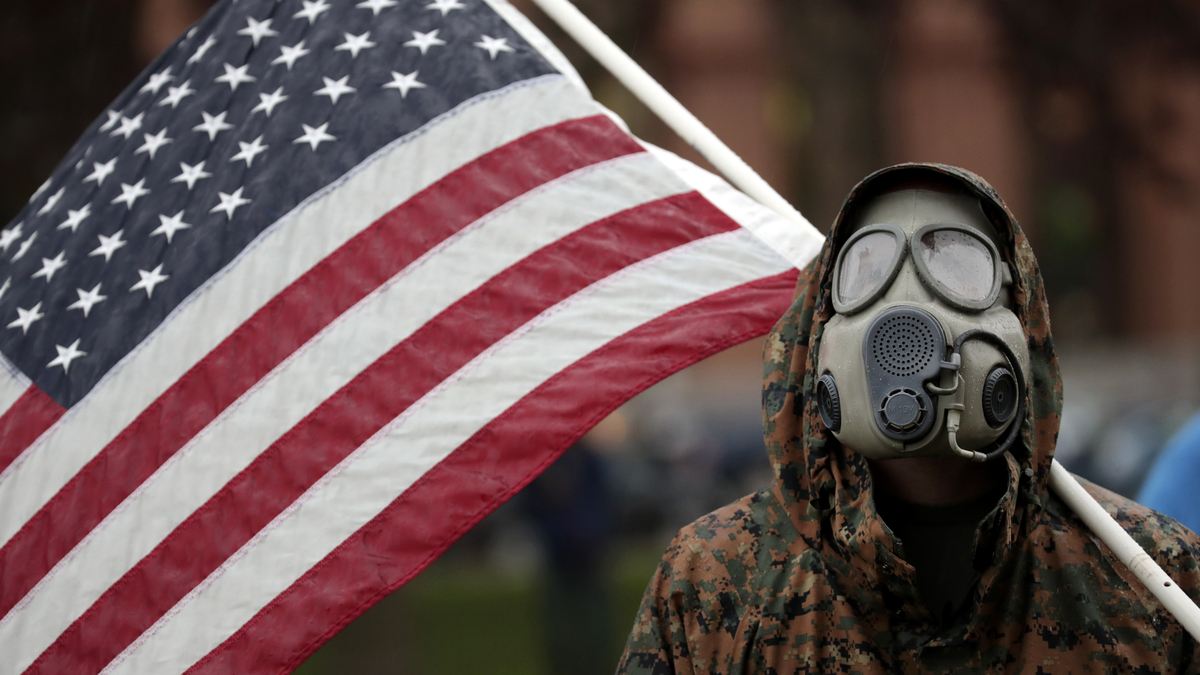 A protester attends a demonstration over Michigan's coronavirus restrictions on Thursday at the state Capitol in Lansing.

As the pandemic moves from public health crisis to partisan flashpoint, the debate over the coronavirus response in the U.S. is becoming increasingly nasty – and, in some cases, violent.

It's not just the clusters of gun-toting protesters at state capitols. In sporadic incidents across the country, disputes over emergency measures have turned into shootings, fistfights and beatings. Stories abound of intimidation over masking. And armed right-wing groups have threatened contact tracers and people who they say "snitch" on neighbors and businesses violating health orders.

Researchers who study the links between polarization and violence stress that these incidents are still rare and extreme reactions; polls show that the majority of Americans support and are abiding by distancing measures. But there are fears that the pandemic — especially landing in an election year — has the potential to inflame divisions to dangerous levels if left unchecked.

"If we don't intervene as a nation, as citizens, to begin to correct this identity-based polarization, then the erosion of democratic norms will go even further. And that's the threat of potential social unrest," said Tim Phillips, head of the Boston-based nonprofit Beyond Conflict, which tracks polarization and supports peace efforts around the world.

Researchers cite leadership as a key factor in the struggle against polarization. But President Trump draws support through identity politics and has signaled repeatedly that he'll play to his base even in a national health emergency. Take, for example, Trump's refusal to wear a mask despite the advice of his own health authorities and recent coronavirus infections among White House staffers.

Trump has said, with little elaboration, that donning a mask would "send the wrong message." Rachel Kleinfeld, who studies polarization and violence at the Carnegie Endowment for International Peace, said the president's decision not to wear a mask is calculated.

"Trump recognizes that by talking about masking in a certain way, he can play on an identity," Kleinfeld said. "And it's an identity of virility versus fear, an identity of urban versus rural, an identity of race, even, given who's being hit by the virus, and he can do all those things by triggering something that was not polarizing before, which is whether or not you wear a mask in public."

Polling shows that masking brings the starkest partisan breakdown of any protective measure: 76% of Democrats say they wear a mask when leaving home, compared with 59% of Republicans, according to a survey by The Associated Press-NORC Center for Public Affairs Research.

Phillips said Beyond Conflict, in conjunction with the University of Pennsylvania, will soon release findings that show Americans are indeed polarized, just not as badly as they think. He said news coverage and social media have led to both sides imagining deeper divisions than actually exist — a point to remember, he said, when looking at scenes of pandemic-related violence.

"When we see the armed militia in Michigan, when we see people sort of defying the police — not just mayors and governors — to open up their stores or open up other locations, we tend to think that that's representative of the other side, that they must all think that way," Phillips said.

"And yet there's polling in the last two weeks, last week, in the United States that across the Republican-Democratic divide, the majority of Americans recognize that there's a public health crisis and we have to do something about it."