Accessibility links
More Census Forms To Be Left Outside Puerto Rico's Homes : Coronavirus Live Updates The coronavirus stopped the hand-delivery of paper census forms to homes in Puerto Rico and remote communities in the states. The delays have kept their response rates lower than the national average. 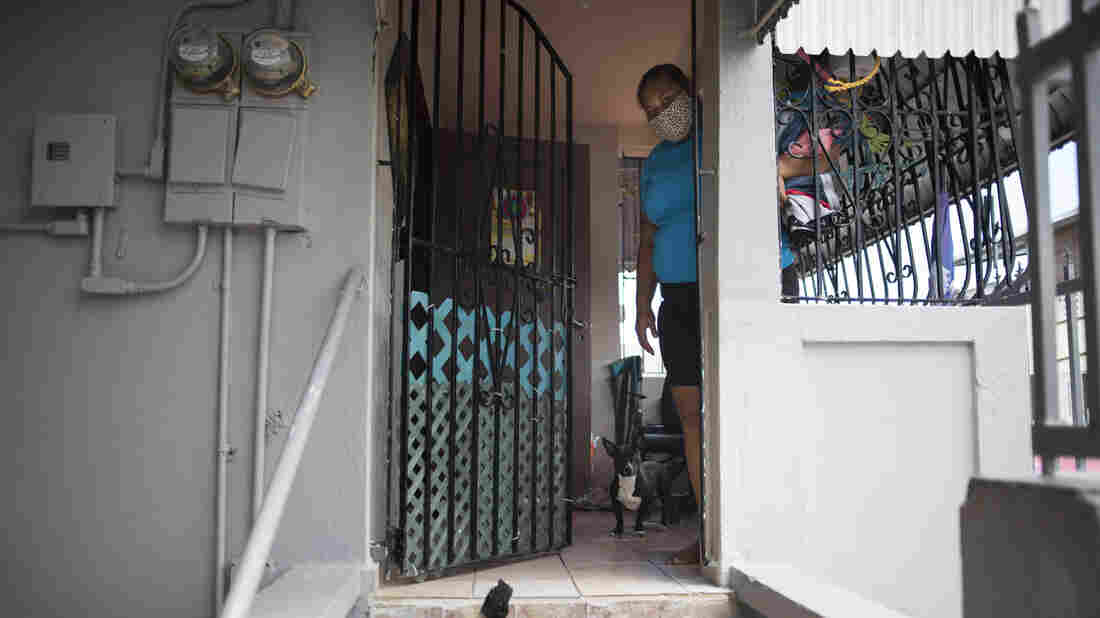 Delia Vicente peeks out of the doorway of her house in San Juan, Puerto Rico, in April. The Census Bureau says its workers on the island are getting ready to resume leaving paper forms for the 2020 census outside of front doors. Carlos Giusti/AP hide caption 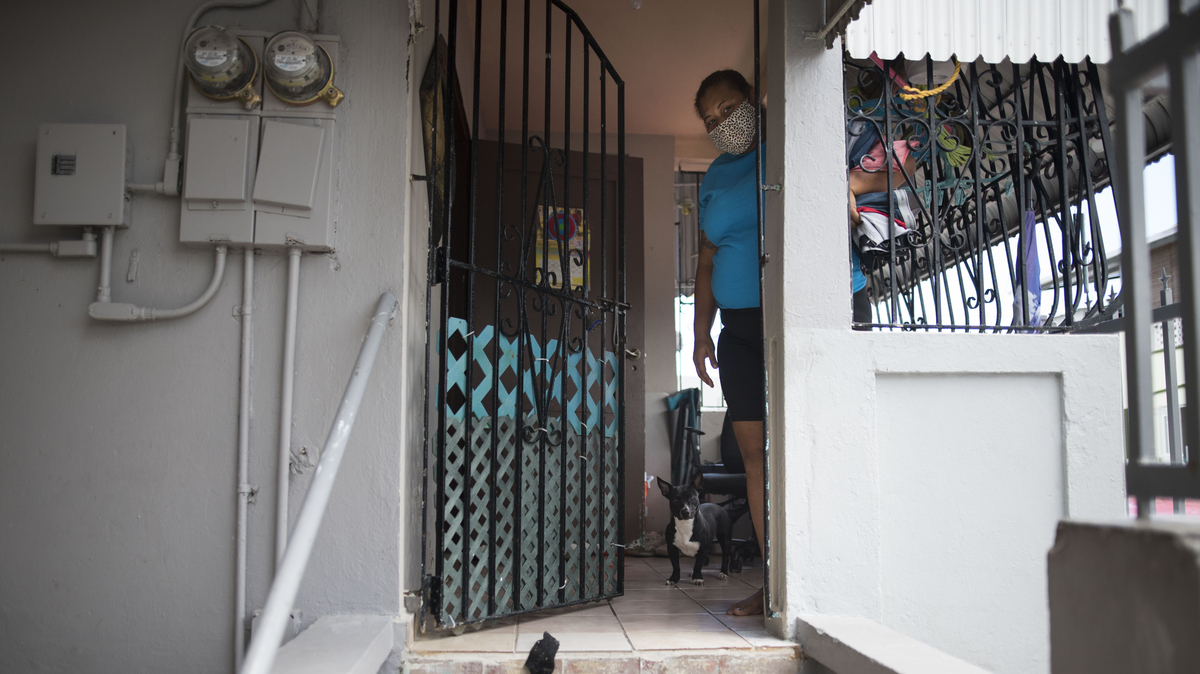 Delia Vicente peeks out of the doorway of her house in San Juan, Puerto Rico, in April. The Census Bureau says its workers on the island are getting ready to resume leaving paper forms for the 2020 census outside of front doors.

More than two months after the national roll-out of the 2020 census, most households in Puerto Rico are set to finally receive official instructions on how to participate in the count starting next week, the Census Bureau announced Friday.

The coronavirus outbreak forced census field operations on the island to stop in March, but census workers are now scheduled to resume leaving paper forms outside of front doors beginning May 22. The bureau says it's providing personal protective equipment to its employees, who are expected to follow all of the island's lockdown and curfew requirements in addition to social distancing protocols.

The bureau also announced on Friday that it's sending out workers as early as next week to drop off questionnaires in more stateside rural communities, including in parts of Arizona, Colorado, Indiana, Iowa, Louisiana, Nebraska, Nevada, New Mexico, New York, Rhode Island and Wyoming.

The two-month suspension of census field operations in these areas has led to low self-response rates, raising concerns about undercounts that could have devastating long-term implications on the share of the estimated $1.5 trillion a year in federal funding communities receive based in part on their population counts from the once-a-decade census.

With the national self-response rate pushing past 59% as of Thursday, Puerto Rico is trailing behind by more than 51 percentage points, at just over 8%.

Under the island's stay-at-home orders, most of Puerto Rico's residents have been left out of the barrage of census mailers many stateside communities have seen since March.

Two years ago, the Census Bureau decided that hand-delivering questionnaires, instead of mailing them, would be the most reliable way to conduct the head count in Puerto Rico as the island continues to recover from the destruction caused by Hurricane Maria.

While census work returns to Puerto Rico and a growing list of rural areas in the states, some of the country's most vulnerable populations continue to face uncertainty about how they will be included in the census. As of Friday, the bureau has not released new plans for counting people experiencing homelessness, or for leaving forms outside of homes in some American Indian tribal territories. The bureau has said it suspended those operations to protect the health and safety of its workers and the public.

"We made the move knowing we could still achieve a complete and accurate count — and are working closely with tribal leaders to determine the right time to resume this important operation," the bureau said in a statement Friday.

The bureau tells NPR in an email that it is trying to reach more historically undercounted groups by buying print, search and other digital ads about the census in 33 additional languages, including Bengali, Farsi, Hindi, Navajo and Nepali.

Still, a U.S. Government Accountability Office report released on Wednesday warned that social distancing requirements could undermine efforts to accurately count groups caught in the digital divide, especially when door knockers are expected to start visiting unresponsive homes in August to try to complete the count.

"Groups with less internet access will be at relatively greater risk of being missed by the census," the GAO report said, if the challenge of maintaining a safe distance from a doorway in apartment buildings or other densely populated spaces reduces the number of households census workers can interview in person.