Accessibility links
New York Will Allow Horse And Auto Racing To Restart Without Fans June 1 : Coronavirus Live Updates New York Gov. Andrew Cuomo said that horse racing at tracks across the state and auto racing at Watkins Glen International would be allowed to resume as of June 1 — without fans. 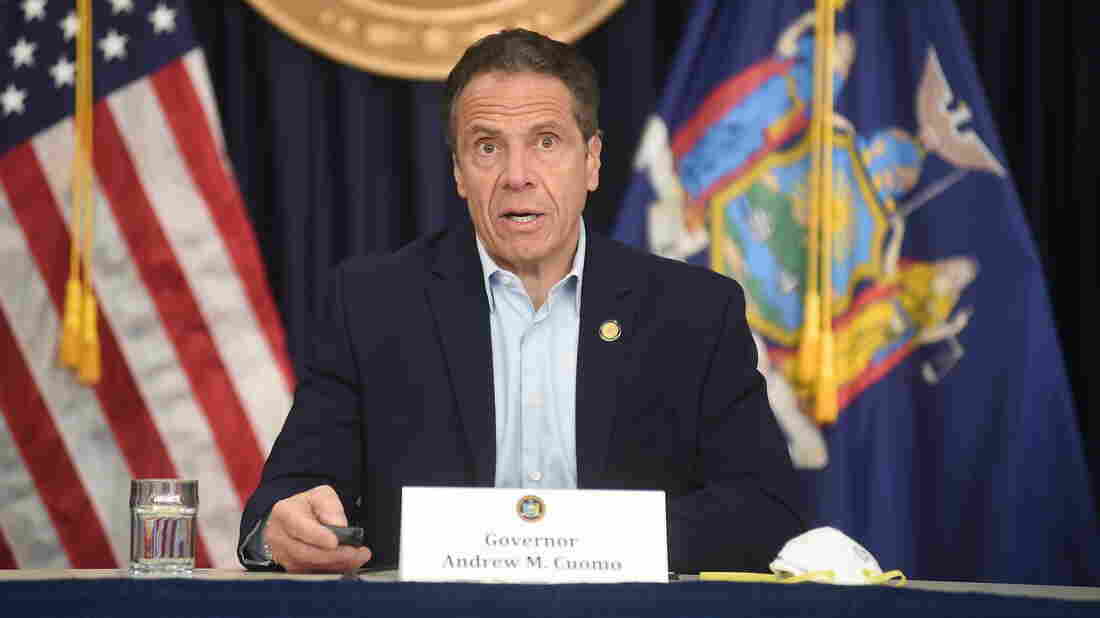 New York Gov. Andrew Cuomo briefs the media during a coronavirus news conference at his office in New York City on May 9. On Saturday, he said horse and auto racing could resume June 1. John Roca/New York Post via AP hide caption 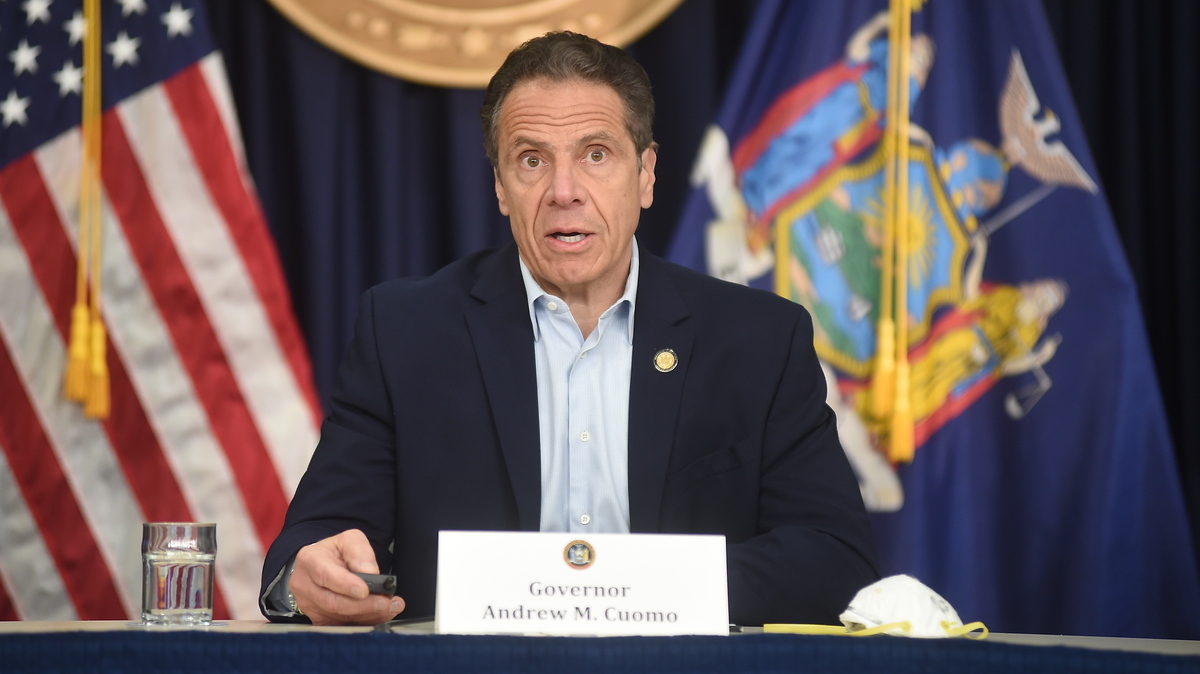 New York Gov. Andrew Cuomo briefs the media during a coronavirus news conference at his office in New York City on May 9. On Saturday, he said horse and auto racing could resume June 1.

New York Gov. Andrew Cuomo said Saturday that horse racing at tracks across the state and auto racing at Watkins Glen International will be allowed to resume June 1, but without spectators.

The governor said his office was "looking for economic activities that you can start without crowds and without gatherings."

"We can do that in this state with horse racing tracks," Cuomo said. "That is also true with Watkins Glen. That can operate. And there's a big viewership for Watkins Glen."

The popular upstate raceway hosts various types of racing each year — including a NASCAR Cup Series race — creating an estimated $200 million in economic impact for the state in a typical year, according to the governor's office. Horse racing in New York creates more than 12,000 jobs, according to the American Horse Council Foundation.

Five regions in upstate New York are now in the first phase of reopening, after Cuomo said this week that they met safety criteria that include declines in the number of hospitalizations and deaths from COVID-19.

Most measures of the impact of the coronavirus in New York were down, Cuomo said Saturday, including total hospitalizations, the net change in intubations and daily hospitalizations.

"We're right about where we were when we started," Cuomo said, with a chart that noted daily coronavirus deaths on Friday were 157 — comparable to the number of people who died on March 27. Roughly two-thirds of Friday's deaths came in hospitals, while the rest occurred in nursing homes, according to Cuomo.

The total number of people hospitalized was 6,220 on Friday, down from highs of more than 18,000 in the middle of April.

"It's interesting to look at the curve, how fast we went up and how relatively slow the decline has been," Cuomo said. It "shows you the problem of having a spike. Spike happens quickly but resolves slowly."

Cuomo said that as parts of the economy reopen, he expects to see a moderate increase in numbers but does not want to see another "spike."

He told New Yorkers: "Be smart, be diligent and don't underestimate this virus."