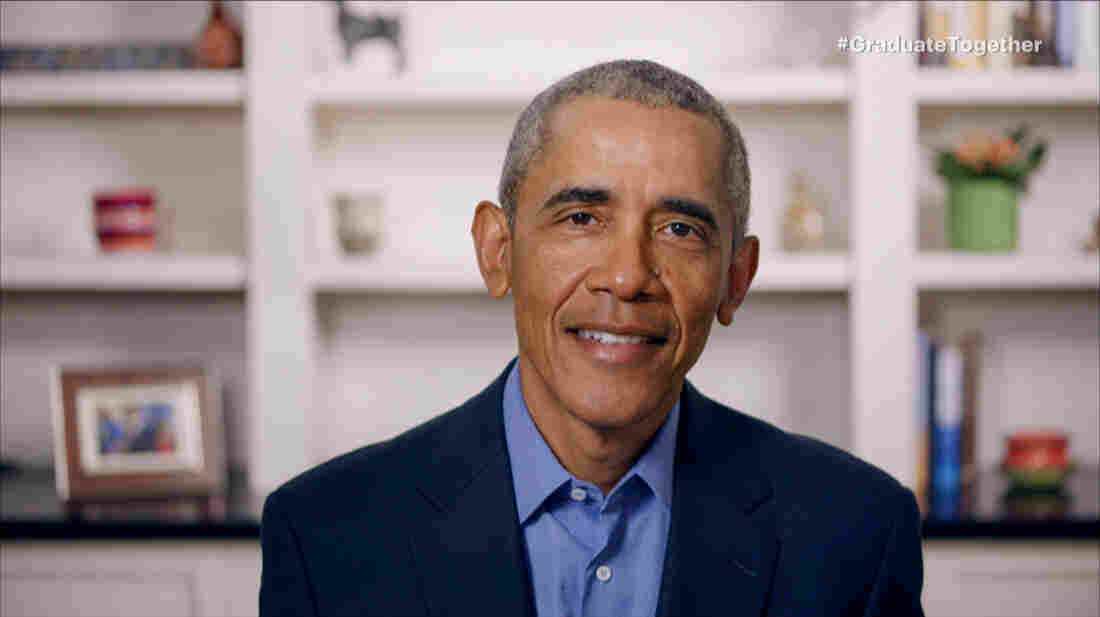 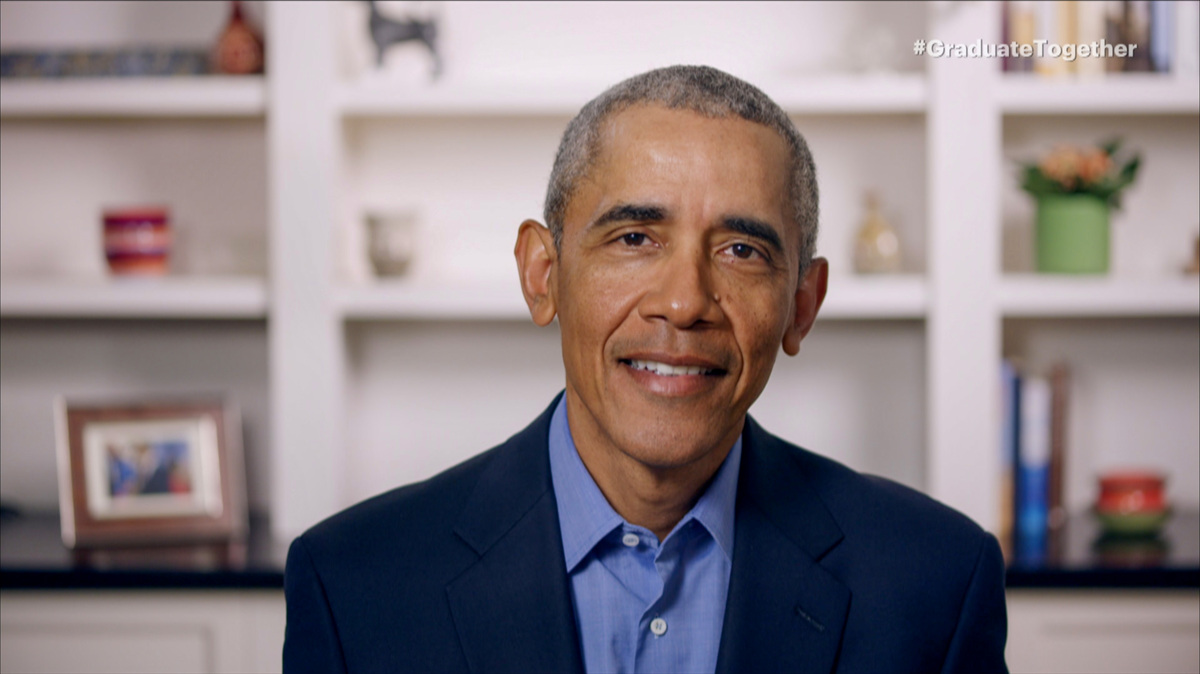 With live ceremonies canceled across the U.S., former President Barack Obama gave graduating seniors a virtual commencement address on Saturday during the virtual event Graduate Together: America Honors the High School Class of 2020.

Celebrities, activists, artists and students themselves recognized America's 3 million-plus graduating high school seniors in a widely broadcast ceremony on Saturday night, after the coronavirus crisis robbed the class of 2020 of a crucial milestone.

The virtual event, called Graduate Together: America Honors the High School Class of 2020, carried a resounding message of community at a time when COVID-19 rules out the possibility of large gatherings.

In his commencement speech, former President Barack Obama told students that they've already faced big challenges to get to this point.

"Graduating is a big achievement under any circumstances. Some of you have had to overcome serious obstacles along the way," he said.

And just as seniors were ready to celebrate crossing the finish line, the coronavirus pandemic hit.

Acknowledging the new uncertainties introduced by the pandemic, Obama told the class of 2020 that the global health crisis would force them to grow up faster.

"When everything's up for grabs, this is your generation's world to shape," Obama said.

"This pandemic has shaken up the status quo and laid bare a lot of our country's deep-seated problems," he said, pointing to economic inequality, systemic racism and health care disparities.

The former president closed with a final piece of advice: Build a community.

"No one does big things by themselves," he said. "If we're going to save the environment and defeat future pandemics, we're going to have to do it together. So be alive to one another's struggles. Stand up for one another's rights. Leave behind all the old ways of thinking that divide us."

Basketball star LeBron James, whose activism has centered on primary education, flipped the "stay home" message spread during the public health crisis into a metaphorical one: "Stay close to home."

"Class of 2020, the world has changed. You will determine how we rebuild, and I ask that you make your community your priority," James said.

Megan Rapinoe, soccer player for the U.S. Women's National Team, told the seniors, "I'm not gonna ask you to come together. I'm going to ask you to demand better."

She encouraged students to vote in November, adding, "Who is leading matters."

She asked viewers to remember the young women in the world who won't be able to return to school because the coronavirus crisis pushed them into forced marriages and low-paying jobs.

"As you go out and change the world, don't leave them behind," she said.

The speeches were punctuated by students who thanked teachers, tributes from parents and plenty of TikTok clips.

Broadway star Ben Platt and his brothers, Henry and Jonah Platt, sang an a cappella medley of popular graduation anthems — supported by students' backing vocals — including Vitamin C's "Graduation (Friends Forever)" and the Beatles' "In My Life."

The Jonas Brothers closed out the show with a new song, "X," featuring Karol G, joined by students dancing in sync via video.