Accessibility links
Germans Protest Shutdown Even After Easing Of Coronavirus Restrictions : Coronavirus Live Updates Protesters — including citizens against restrictions, extremists and anti-vaccination groups — have taken to the streets in cities across Germany.

Germans Protest Shutdown Even After Easing Of Coronavirus Restrictions

Germans Protest Shutdown Even After Easing Of Coronavirus Restrictions 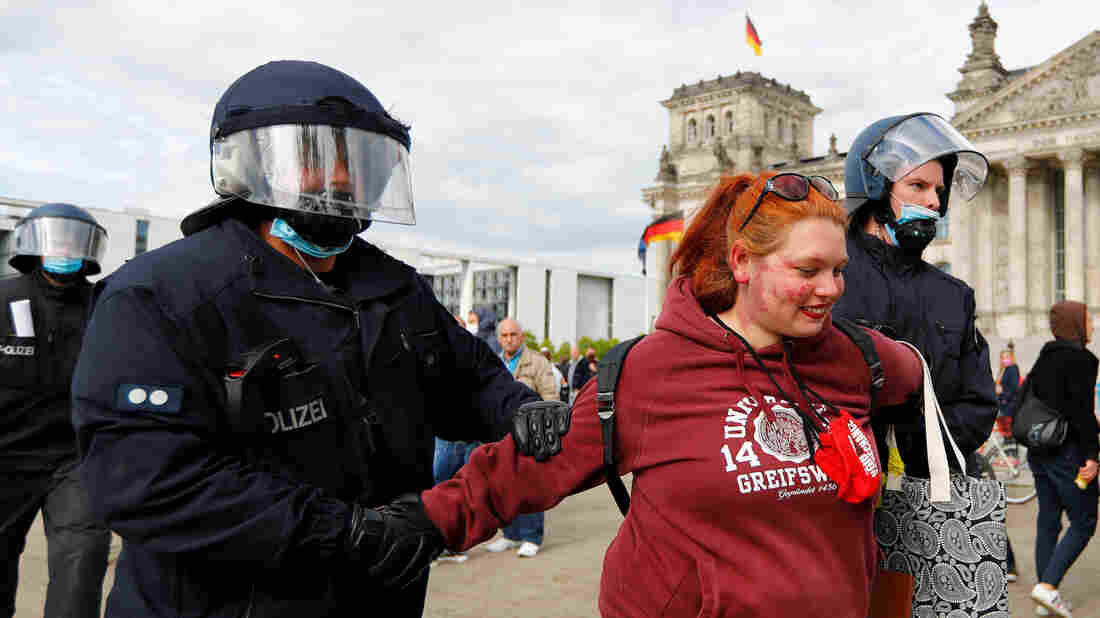 German police detain a demonstrator during a protest against the government's restrictions to prevent the spread of the coronavirus in front of the Reichstag in Berlin on Saturday. Fabrizio Bensch/Reuters hide caption 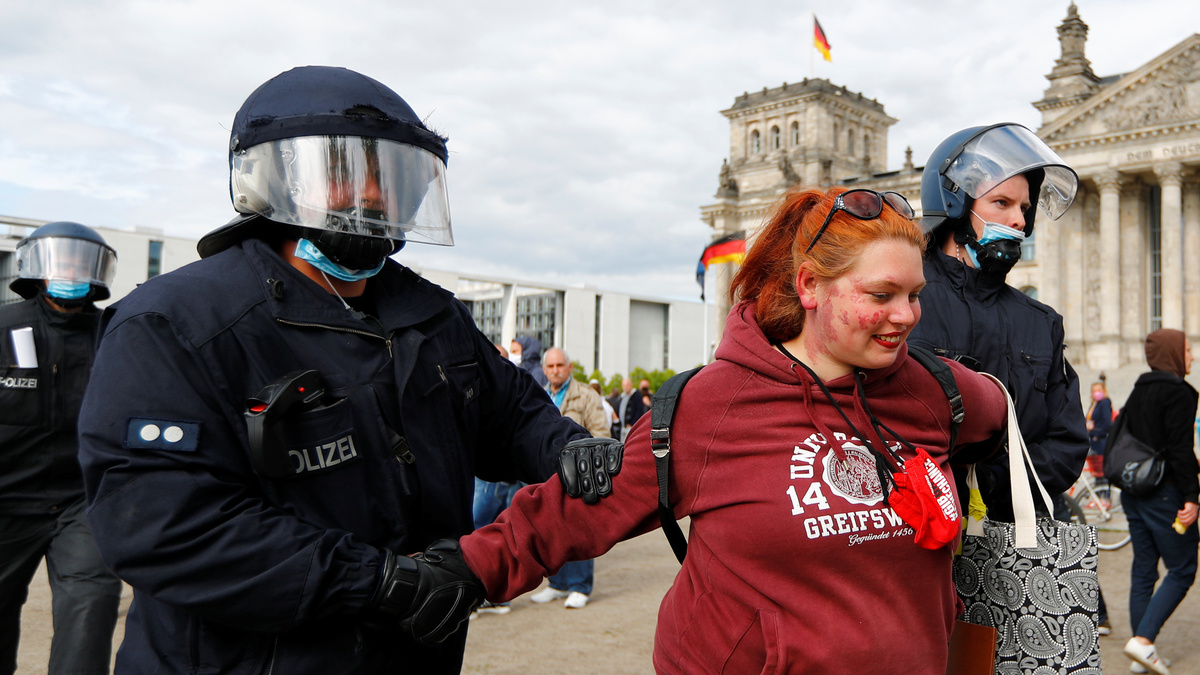 German police detain a demonstrator during a protest against the government's restrictions to prevent the spread of the coronavirus in front of the Reichstag in Berlin on Saturday.

Police cracked down on large anti-shutdown protests in cities across Germany over the weekend.

Thousands of protesters took to the streets of the country's largest cities — Stuttgart, Cologne, Munich, Frankfurt and Berlin — to voice their anger with government restrictions on public life. The demonstrations come even as officials have loosened some coronavirus-related rules and the Bundesliga soccer league started back up in recent days.

Each Saturday since German Chancellor Angela Merkel announced measures to curb the spread of the coronavirus, demonstrators have defied social distancing orders to protest the restrictions. But over the past two weekends, these protests have turned into bigger events attracting a broader range of participants that include anti-vaccination groups, conspiracy theorists and extremists from both sides of the political spectrum.

An intelligence official told Welt am Sonntag newspaper the weekend's rallies were likely infiltrated by far-right extremists. Some demonstrators wore yellow stars — which Jews were forced to display during the Nazi era — and brandishing anti-Semitic banners. A spokeswoman for Germany's federal police told the Frankfurter Allgemeine Sonntagszeitung newspaper that far-right extremists were exploiting the situation for their propaganda purposes.

Police in Berlin made 200 arrests as scuffles broke out, while in Hamburg, conspiracy theorists clashed with anti-shutdown protesters.

Police also announced an investigation after finding a mock tombstone in front of Merkel's electoral office in Berlin.