Accessibility links
Ford Reopens With 'Rechoreographed' Factories : Coronavirus Live Updates Almost 60,000 Ford workers were back on the job in the U.S. on Monday. Ford head Jim Hackett says the company's factories "create the distance that we're going to need for this to work well." 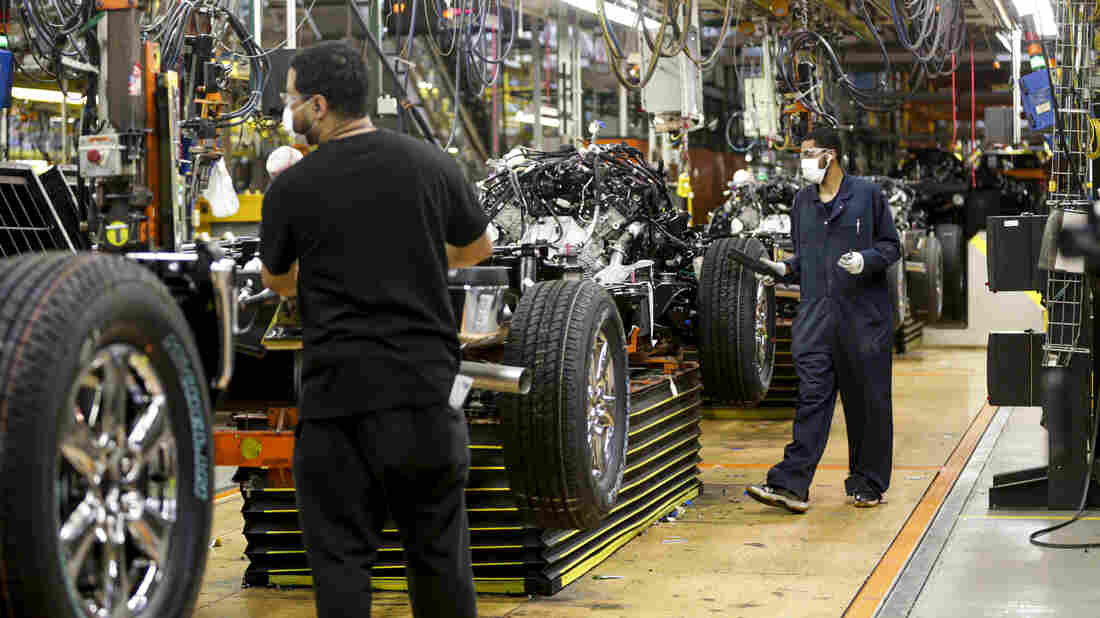 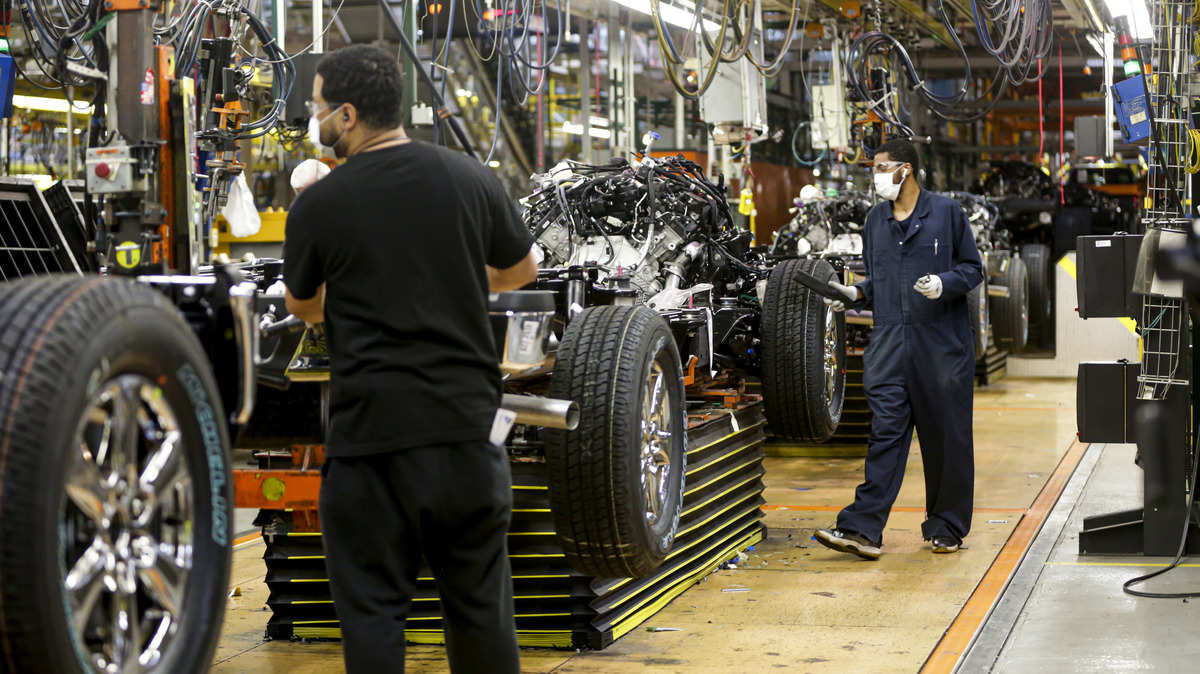 Ford brought 71,000 workers back on Monday in North America.

In the U.S., Ford plants are reopening in several states, but the biggest reopening is in four regions: southeast Michigan, the Louisville, Ky., area, the Kansas City, Mo., area and the Chicago area.

General Motors and Fiat Chrysler are also reopening plants Monday. It's the first time working for tens of thousands of employees who have been home since March. Work will be different from usual, with new measures to help keep the coronavirus from spreading.

How do you separate people and still have room for all of your necessary employees? What are some specifics that you're doing?

We spent a lot of time putting together an extensive manual. The normal things that you would expect, for people to wash their hands, to wear a mask, there's thermal imaging. There will actually be rapid testing that can be done.

And the social distancing that you're talking about, we actually took into consideration as we thought through the way a vehicle is built. So, for example, previous to COVID, we would put more than one person in the vehicle as it was going down the line, as they were attaching elements. We've rechoreographed that, so that's not going to happen. And because you can build on both sides of the vehicle — these are large factories, 3 to 4 million square feet — that you can create the distance that we're going to need for this to work well.

You plan to test workers who exhibit symptoms of COVID-19. I do wonder why not offer tests to everyone, given that we know many people who get this virus don't have symptoms but they can spread it?

It's just, it's not practical here at the beginning, particularly with us — we will be over 200,000 people. There will be a day, Noel, that your question can be answered that way. It's not too far off, and it revolves around a daily quick test.

Now here's the news, though. If you have symptoms, we can test right away. And so we've built that fail-safe. So if you're asymptomatic and you don't have a fever and we haven't tested you, then we would contact trace if anyone around you got sick.